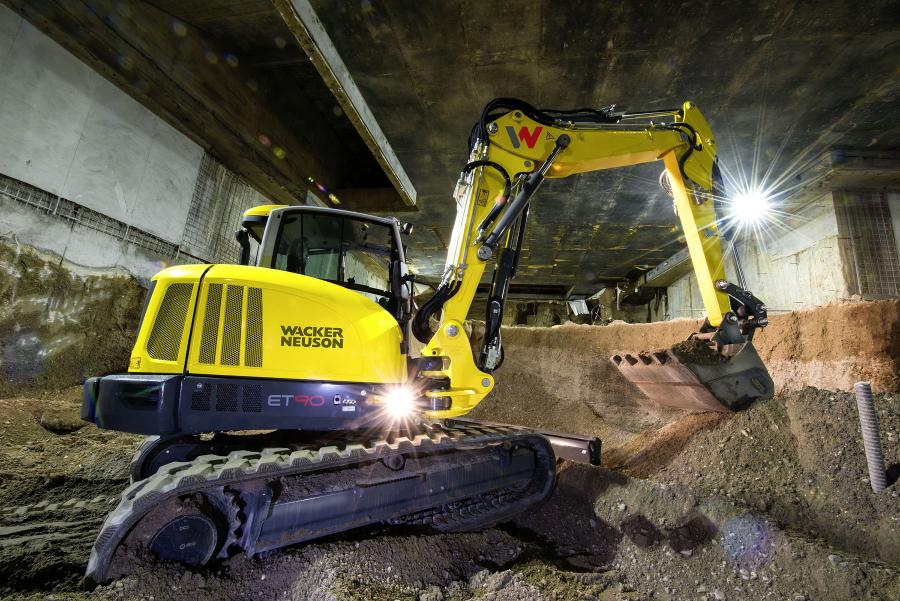 Wacker Neuson’s 9-ton, ET90 compact tracked excavator can be configured with an optional triple boom, with the same benefits realized on the mobile excavators.

Wacker Neuson is now offering a triple boom configuration on select models of its excavator line. The mobile excavators, EW65 and EW100, will feature a standard triple boom while the ET90 tracked model will offer it as an optional configuration. While triple booms are more common on larger excavators and in Europe, compact models such as the 6.5-ton EW65 are more unique to the United States and Canadian marketplace.

The articulated triple boom offers increased digging area of 20-percent on the EW65 and 25-percent on the EW100, through an extended digging range, allowing the operator to reach farther, dig closer to the blade and reach under the machine when needed. Wacker Neuson's EW65 and EW100 mobile excavators are most commonly used to dig along roadways and in confined areas. This ability to dig closer to the machine provides more flexibility and reduces the amount of time needed to reposition the machine.

The dozer blade has been repositioned to the forward position of the machine, adding convenience and control for operator who utilizes the blade to assist with filling the bucket in a dust panning motion. The teeth of the bucket can actually dig under the machine and then can extend out further to dump material into a truck without repositioning. This is particularly beneficial when performing utility and sewer work on narrow roads, up against curbs or barriers and in other confined areas, such as cemetery and golf course work.

Additionally, the flexibility of the triple boom increases lifting capacity when the boom is drawn close to the machine at ground level, and it is beneficial when lifting and placing pipe and setting concrete barriers.

Wacker Neuson's EW65 and EW100 are compact wheeled excavators that offer efficient mobility around or to-and-from the job site. They can save contractors time and money by eliminating the time consuming process of loading and securing the machine for a short transport. The triple boom has the ability to fold in tighter to the machine which provides an improved line of sight in the transport position, especially through urban intersections.

Triple boom mobile excavators are equipped with a heated air-ride seat and radio for operator comfort as well as beacons and DOT lights for safety.

Wacker Neuson's 9-ton, ET90 compact tracked excavator also can be configured with an optional triple boom, with the same benefits realized on the mobile excavators. Wacker Neuson's triple boom design has been proven on job sites across Europe and is now available in North America. 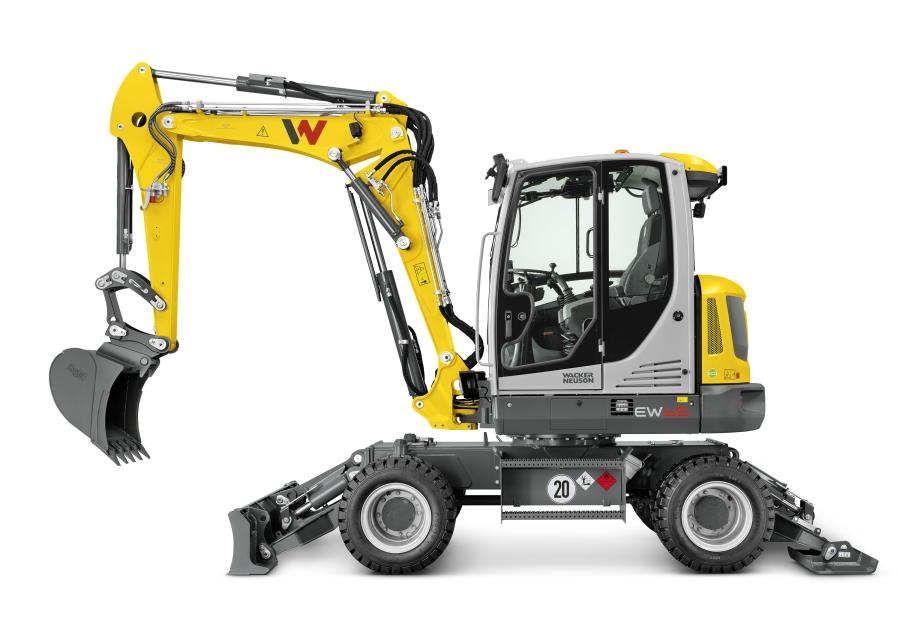