Walsh Construction Tearing Down, Rebuilding Bridges On I-80 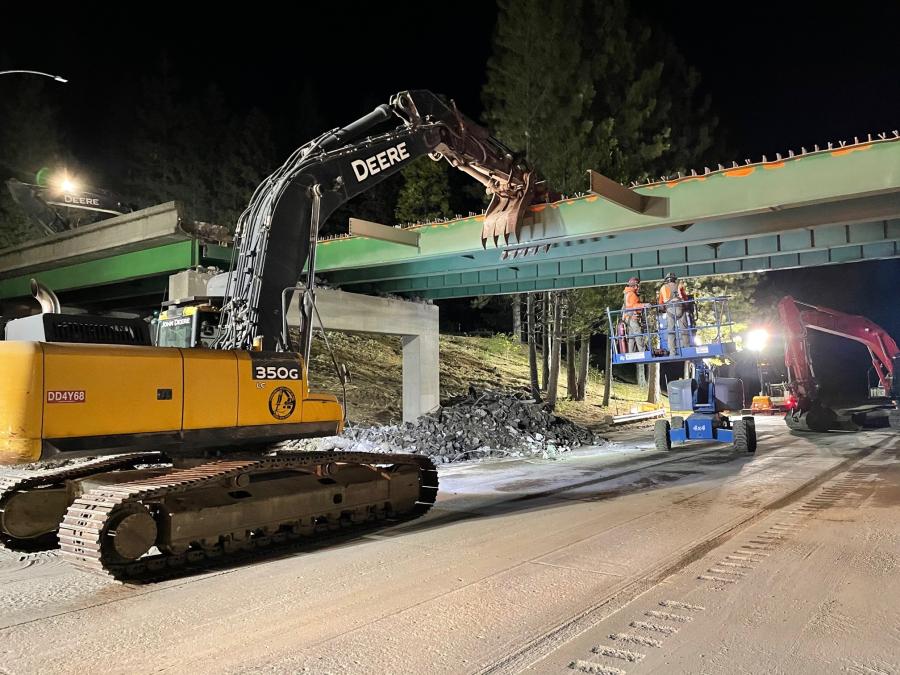 Walsh Construction is the general contractor for the $57 million initiative that is demolishing and replacing four concrete structures in Crystal Springs, Baxter, Drum Forebay and Cisco Grove.

As part of the $57.1 million Interstate 80 (I-80) Bridge Rehabilitation Project, Walsh Construction began demolition of the I-80 bridge overcrossing at Cisco Grove. This marked the start of major project construction with completion expected in summer 2023. 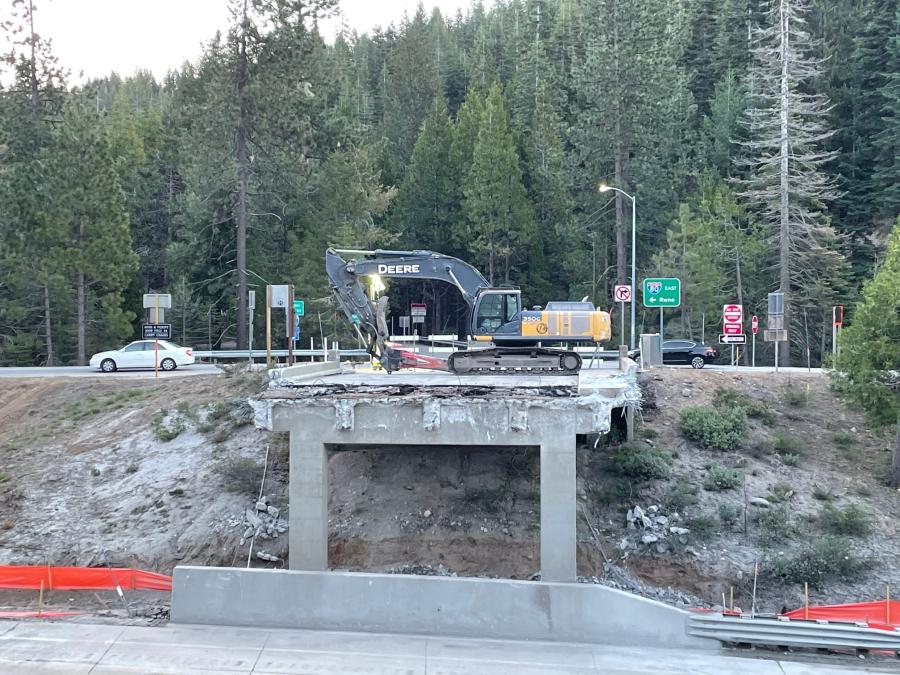 The bridge replacements, built for the highway that led to the 1960 Winter Olympics in Squaw Valley, are due to deficient structural components that were discovered by inspections. According to officials, bridge superstructures and substructures are in need of major replacement due to the severity of the transverse and longitudinal cracks in the concrete decks, spalling concrete and high corrosive chloride content in the concrete deck surfaces

Thus far, Walsh crews have completely demolished the Drum and Crystal Springs bridges and the southbound half of the Cisco Grove bridge, with reconstruction ongoing for all three bridges. The demolition operations dealt with Cisco Grove first, followed by Crystal Springs and then Drum.

"Cisco Grove is being demolished in phases," said Dan Hart, Walsh's senior project manager, "and now we're rebuilding one half of the new bridge. After we complete it, I have to move traffic onto it and demolish and rebuild the other side. We're rebuilding the three bridges to provide access back to the community before we could demolish and reconstruct Baxter."

The basic plan of attack for the demolition was to first remove the metal railing and barrier rail on the top and then bring down the rest of the structure, finishing with the columns and footings. 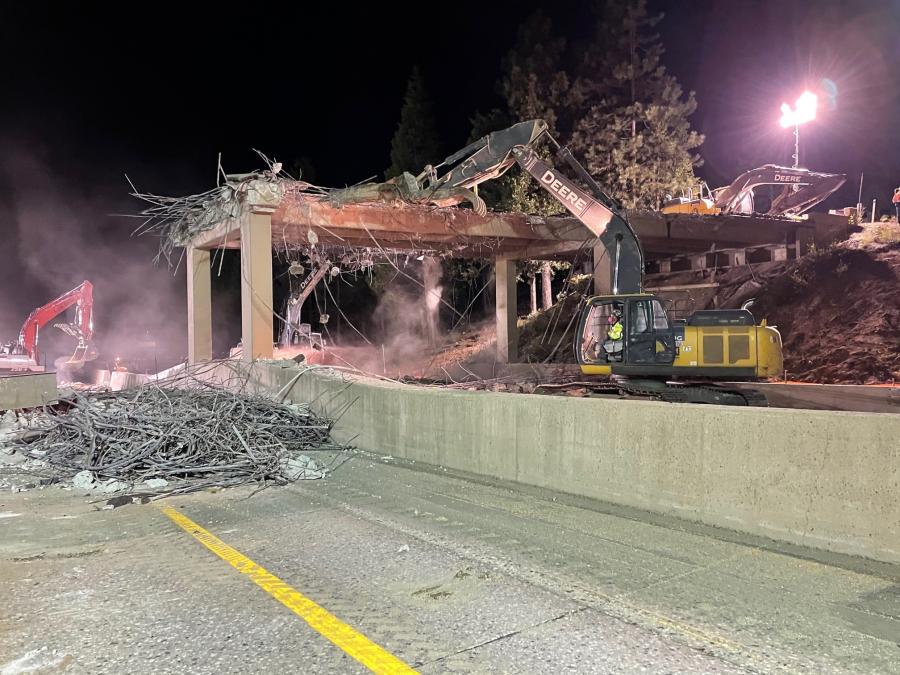 "This company has probably demolished 25 bridges along the Highway 80 roads," said Hart. "They have been working with me since the mid-90s and communications between us is fantastic."

Early challenges are being dealt with successfully.

"One of the overall challenges, which is out of our control to a point, is the excavation of the foundations at Cisco Grove and not knowing if it is hard rock," said Hart. "We had an idea that it was hard rock, but did not know how hard it was – that was the risk of the job. We have now excavated all of the granite. I had to bring in rock splitters to get the site to final grade."

Holloway had 10 people on-site for the demolition.

"Our crews performed wonderfully," he added. "We have an experienced team that works great together. Each and every one of our team members has put 100 percent into the making sure things go smoothly and safely. We are a family business with three generations of Holloways currently involved with the company, so there is a lot of pride that goes into the work that we do."

Holloway noted that relations with Walsh and Caltrans have been great.

"It is nice to be on a project where all parties involved work together," he said. "There are always obstacles and challenges in this type of work, and having a leadership group that helps solve problems instead of putting up road blocks makes the project run much more smoothly for everyone." 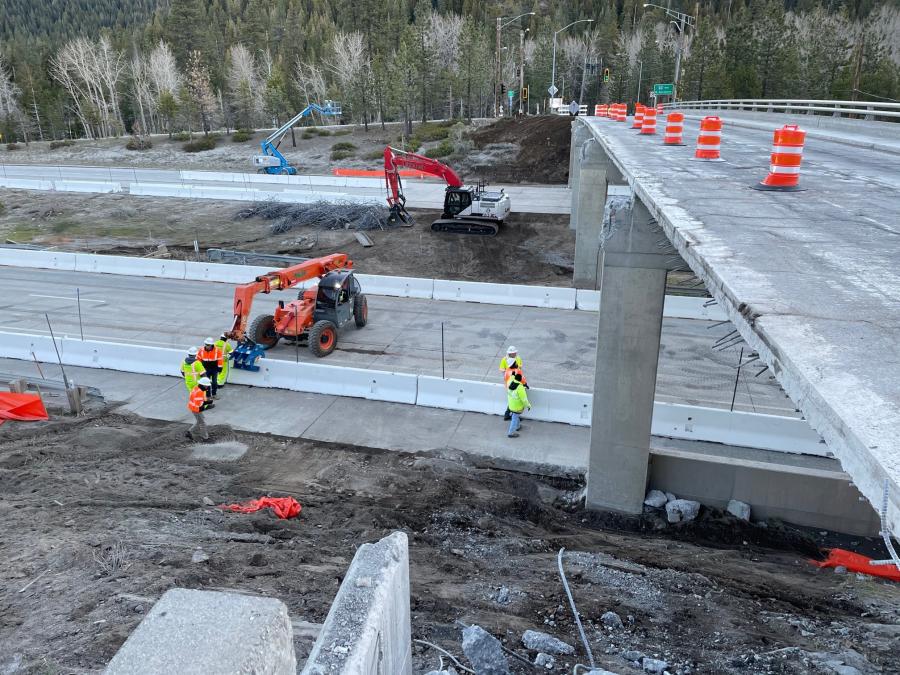 The major wear and tear issues for Holloway were items such as broken hydraulic lines, point wear from the concrete breakers and normal service maintenance such as greasing the machines during every shift and keeping up with other service items for equipment.

"All of our operators have service trucks and carry tools and parts to take care of everyday service and normal wear and tear," said Holloway. "So far on this project, our equipment has not required any major repairs. The keys to good equipment maintenance is preventative maintenance. If you can catch problems while they are small, the big problems can usually be avoided. The last thing you want is to have a key piece of equipment go down with a major mechanical issue while you sitting in the middle of the freeway with a bridge partially demolished and the clock ticking."

Bridge construction, which began in late April, is proceeding on schedule. Work on the Crystal Springs bridge began as soon as demolition ended.

"The Abutment 1 footing is placed and we are ready to pour the concrete for it," said Hart. "We're ready to place Bent 3. I had problems with the rock at Bent 2 and Bent 4, but that has been resolved and we started on those a few days ago. If everything goes well, we should be able to complete the concrete bridges in 2.5 to three months. The footings, columns and caps are poured-in-place. After the girders for the bridge deck are placed, then we'll pour the concrete deck. The bridges are basically precast boxes that fit together and then you stress and traverse to create the superstructure and then you pour the deck."

With the bridges at various stages of construction, Hart is able to transfer crews to various work sites, particularly carpenters and laborers. The Cisco Grove site crew consists primarily of carpenters at this point.

Hillside Drilling Inc. based in Richmond, Calif., is drilling the CIDH foundations at Drum and Crystal Springs.

"We're drilling up to 72-inch foundations that require casings complete with concrete and rebar," said Hart.

"I have crews that I handpicked," said Hart. "It's smaller than I am used to, but I know all of these people and have worked with them over the past 10 years. We a good group dynamic and that is reflective of the progress we have made." 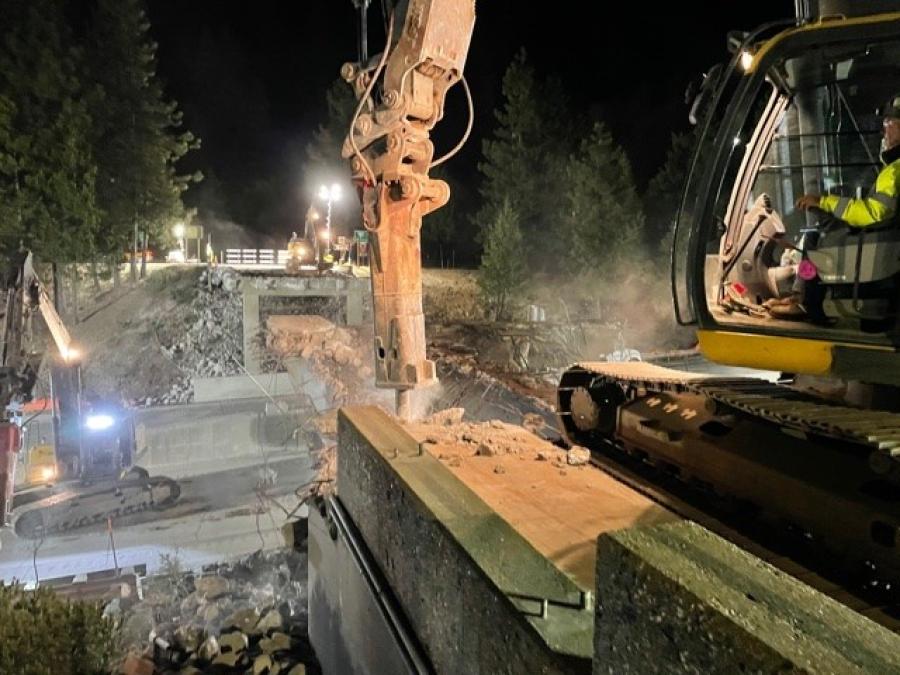 Peak days on the project have 40 plus workers that includes local and regional subcontractors.

"Recycling is very important to Walsh," said Hart. "The subcontractors are recycling everything they possibly can. It's great for the environment and the pocketbook as the cost of aggregates are expensive."

Hydraulic leaks and punctured tires are among the common wear and tear issues.

"Depending on the severity of the issue, most repairs are usually done in a day," said Hart. "So far we've not seen anything out of the ordinary."

Mechanics from nearby dealerships, such as Holt CAT and United Rentals have been hired to make repairs.

"Most of the equipment that we have on-site is ours," said Hart. "We are based out of Chicago. Some of our equipment in northern California was mobilized to this site, such as an excavator, a crane and a forklift from a work site in Adin."

Sterling P. Holloway purchases and rents equipment from Bejac Corporation, Holt of California and Pape Machinery, all located in Sacramento.

"Dealerships play an important role," said Holloway. "The work we do would not be possible without the right equipment. Working with dealer to ensure that the equipment fits the tasks is where it all starts. Relationships with dealerships happen over time. When people follow through and do what they say they are going to do, strong relationships tend to grow. It all comes down to product quality and service. When purchasing equipment there are more things to consider than the price tag. Being able to get service and parts quickly means everything. Demolition is hard on equipment, so having confidence and trust in the product and the dealer is very important." CEG