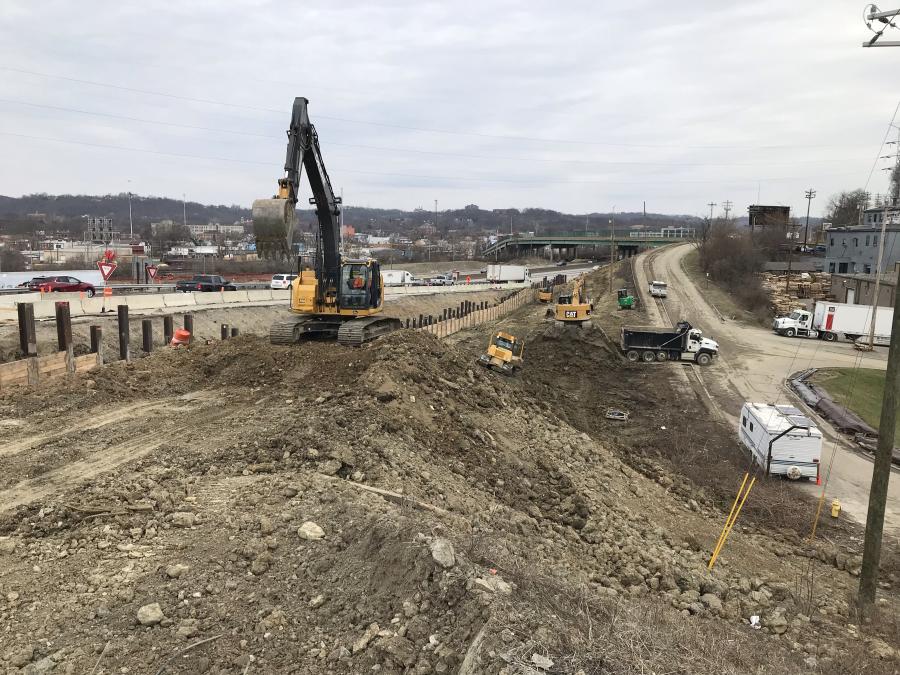 Phase 5A construction is being performed on the I-75 Mill Creek Expressway, at a cost of $87 million. (ODOT/OAS photo)

To improve safety and ease traffic congestion, crews in Hamilton County, Ohio, continue working on a multi-year undertaking known as the I-75 Mill Creek Expressway project. 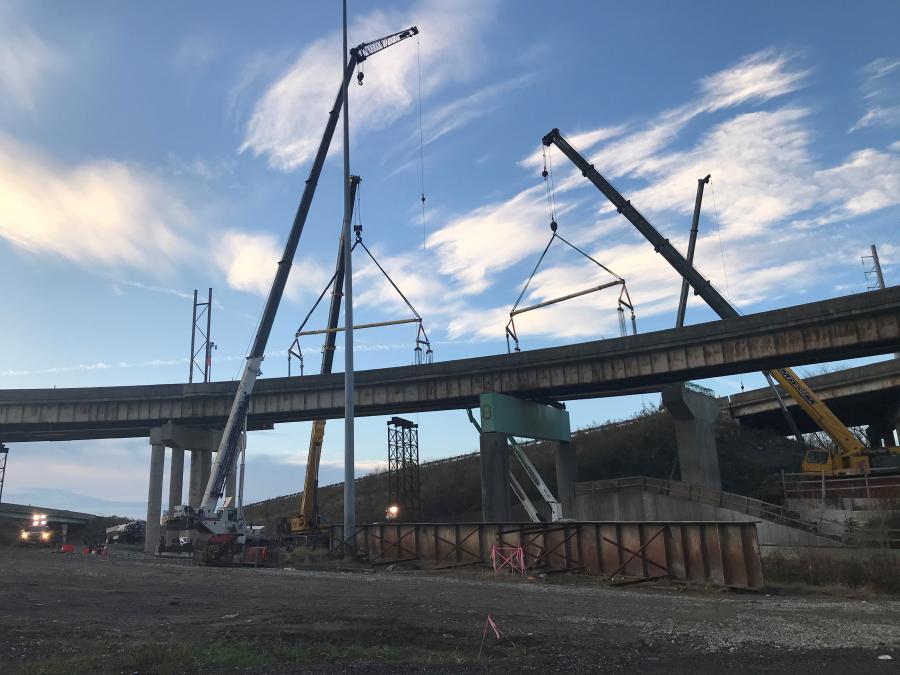 "This will serve the tri-state area and the more than 160,000 motorists who use this busy corridor every day," said Ohio Department of Transportation (ODOT) District 8 public information officer Kathleen Fuller. "It also will serve the interstate motorists and considerable freight traffic that it carries beyond Ohio's borders, as I-75 is a primary north-south interstate artery ranging from Miami to Canada."

Mill Creek Expressway work in the greater Cincinnati area has been carried out over more than a decade. Construction was split into a dozen phases, although not performed in order. Many of the phases, which included building demolition and replacement of the Indiana Ohio Railway bridge over I-75, just south of state Route 562/Norwood Lateral, have already been completed.

"The entire Mill Creek Expressway project is an approximately $600 million investment in this section of the I-75 corridor," said Fuller. "Due to the scope of the project and the cost, it was neither feasible nor practical to design, mitigate environmental impacts, purchase right of way and construct as a single project."

With approximately 155,000 to 170,000 vehicles traveling this section of the I-75 corridor per day, congestion is only getting worse. According to design year 2030, the volume of traffic is anticipated to reach 190,000.

"By reducing congestion, we will be making the roadway safer," said Charlie Rowe, ODOT District 8 senior project manager/design-build coordinator. "Various interchanges also are being redesigned to eliminate left exits and deficient curvature of the ramps."

Currently, Phase 5A construction is being performed, at a cost of $87 million. The work calls for widening I-75 to four lanes in each direction between the Mitchell Avenue and Hopple Street interchanges, as well as improving the I-74 eastbound connections to I-75. Walsh Construction Company LLC serves as the contractor.

"The Walsh Group is a leader in the transportation industry," said Rowe. "We've enjoyed a great partnership with their team throughout the construction project."

With multiple phases already wrapped up, Rowe said construction has moved along at a steady pace.

"It has gone well, and we are pleased with the project. There have been no major issues, as evidenced by the very low percentage of change orders we've had."

Each project has separate funding, with allocations from various sources. Primarily, funding comes from ODOT's Safety, Major Rehabilitation and Major New programs (via the TRAC) and District 8 preservation funds. 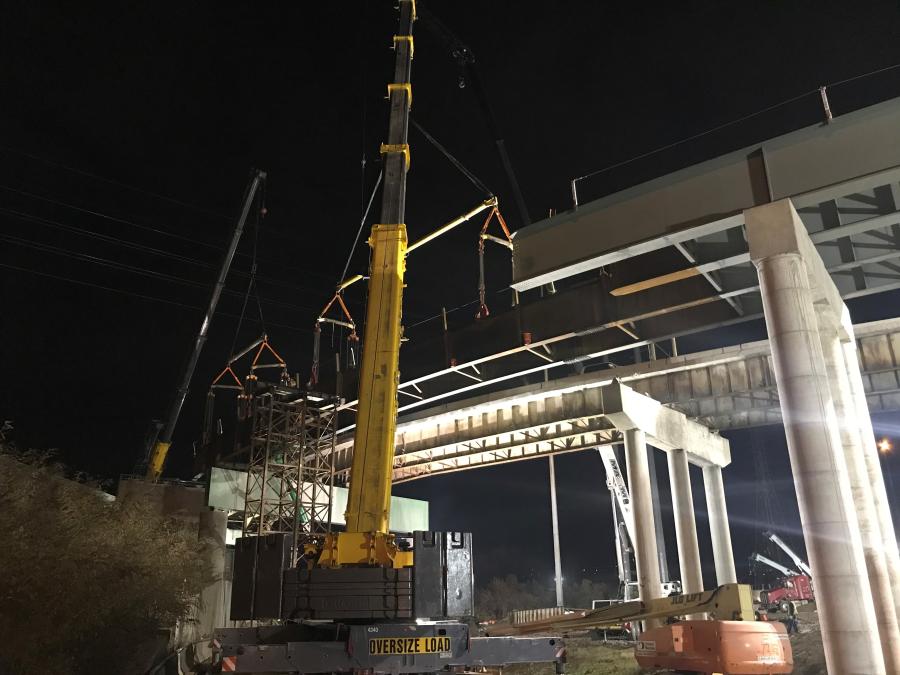 Rowe said, as with any major project, drivers have had to deal with inconveniences, but nothing out of the ordinary.

"ODOT has developed a series of lane closure schedules for freeways and expressways, which indicate the hours of the day when one or more lane closures are permitted, and the contractors are following these guidelines. Outside of the approved times, all existing lanes and ramps have been maintained and open to traffic."

In addition to following the permitted lane closure schedule, ODOT has adhered to the maintenance of traffic plan established in the construction schedule. Through traffic advisories delivered via email, traditional media, social media posts and the travel information app OHGO, ODOT has provided information to motorists and the general public about every restriction or impact.

Rowe said the design-build effort allowed ODOT to get the project sold on time with the funding available.

"Using the two-step design-build procurement, we were able to review and accept or deny Alternate Technical Concepts that proved to be a savings to the department."

Chris Tuminello, ODOT District 8 construction project engineer, noted, "One of the greatest challenges is that this is a design-build project in a system-to-system [I-74 to I-75] interchange. The project site is in a tight corridor presenting several logistical challenges for access and phasing of the work. Included in this is coordinating the work over and in the vicinity of the CSX and NS railroads, where there are approximately 100 trains per day through the project area."

Phase 5A construction began in the fall of 2018 and will be completed late this summer. Right now, crews are completing median barrier wall construction, final grading, electrical and ITS system installations. Widening of I-75 and reconstruction of I-74 eastbound and its connection to I-75 have already been finished.

"I-75 widening involved excavation to the east side into Mt. Storm Park and widening with embankment to the west," said Tuminello. "Approximately 130,000 cubic yards of excavation was required for the project." 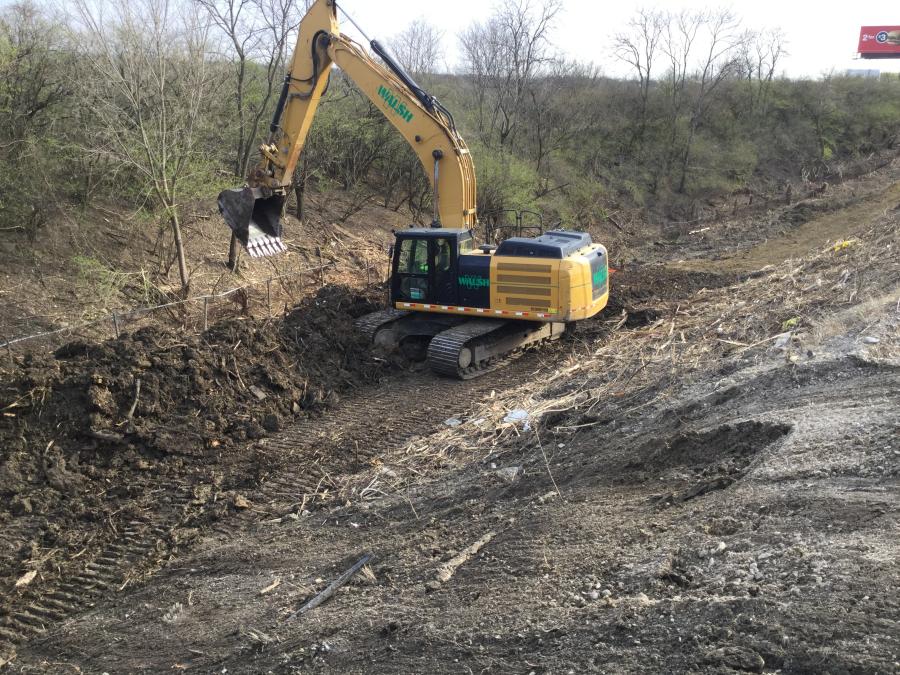 The chief concern regarding the overall project involves maintaining safe access for both the traveling public and safe work zones for the project team, while keeping up with the project schedule.

As for the most time-consuming part of Phase 5A construction, said Tuminello, "It's been reconstructing this busy interchange while maintaining traffic through the corridor. Construction has been accomplished through 19 phases of maintenance of traffic."

Phase 5B is a design-build project that is currently under contract, with construction starting this spring. Phase 8 is scheduled to let in 2022. Work will likely begin soon aftercontract award. The expected completion for all work is summer 2026.

Tuminello said while the overall assignment is lengthy, it's extremely rewarding for those involved.

"Projects of this magnitude always present challenges along the way. It is a great feeling of accomplishment in knowing the challenges that have been overcome in delivering these projects and the benefit they will bring to the community for years to come." CEG