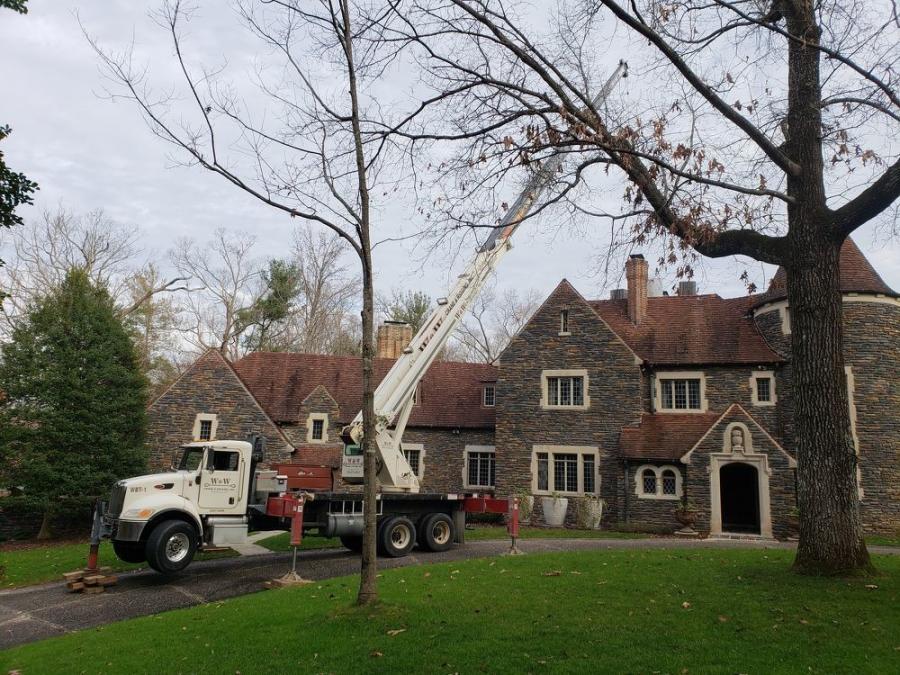 W&W Crane & Rigging approaches each job individually with its own inherent hurdles and achievements.

Every day is different in the crane and rigging business. One day, a crew might help erect a water tower. Another, it might be called upon to lower railroad cars onto their tracks. Each task brings its own challenges and its own satisfactions.

Daniel Lizotte, the operations and sales manager of W&W Crane & Rigging, would not have it any other way.

"They are all interesting projects, because they all have their unique skill sets," Lizotte said in a recent interview. "You know — figuring out where you're going to set the crane and what's going to make the best picking point. I love every day. It's a new challenge."

W&W Crane & Rigging was founded in 1998 by Henry Wall as an offshoot of Contract Erectors Inc., which he started in 1987, and which concentrated on steel erection. Wall's intent in branching out was to provide more specialized crane and rigging services to his customers, and, with its headquarters in Randleman, N.C., W&W has served the Piedmont Triad and surrounding area for more than 20 years. 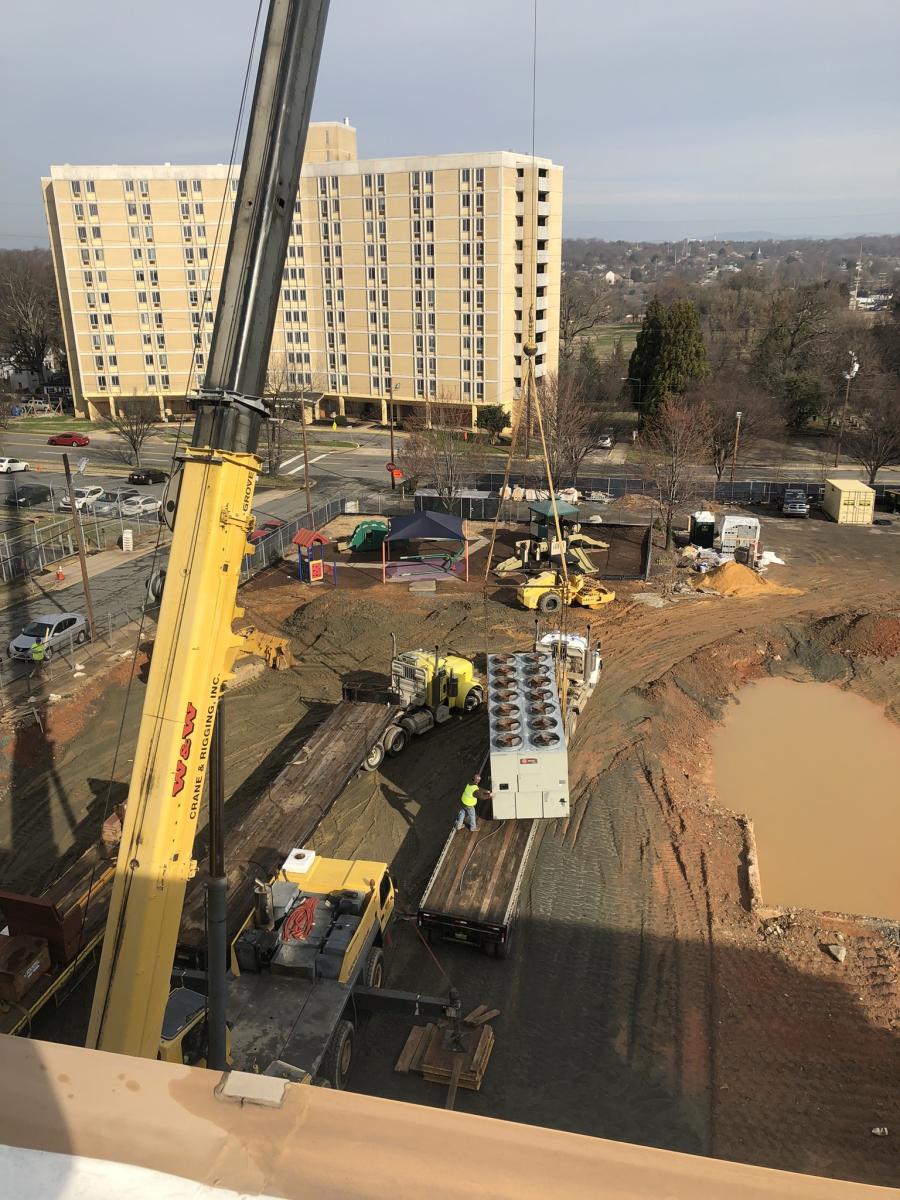 "I started with nothing," Wall recalled. "The first crane I ever bought was an old Bucyrus-Erie, which cost me approximately $45,000, and I was worried how I was going to pay for it. I started out small, on the steel erection side of it, with a boom truck and five men. From 1987 to 1998, with steel erection booming, we had some good years, and I said, well, I am going to do this and see where it goes."

Besides the growth in fleet and staff, the other major change W&W has seen over the years occurred in 2012, when Wall made his daughter, Amy Wall Mong, a majority shareholder in the company. Mong took over as president in 2013. Her brother, Chad Wall, now heads up Contract Erectors, but their father has stayed on as vice president of W&W.

"I have people who ask me, ‘Are you still there?'" the elder Wall joked. "And I say, ‘Yes, I'm still here, but they just keep me around here to have somebody to make fun of.'"

The latest addition to the W&W crane fleet is a Link-Belt HTC 86110, procured from Pinnacle Cranes of Charlotte, which has become the company's regular supplier.

"We first saw the crane last year at ConExpo in Las Vegas, and it just fit into our needs with the other sized cranes we had," Lizotte said. "It replaced the 70-ton, but it allows us to do more work in the 110, 120 range. It is a very versatile crane."

Of course, customer service plays a large role in any relationship between a company and its supplier, and Lizotte has nothing but good things to say about Pinnacle. 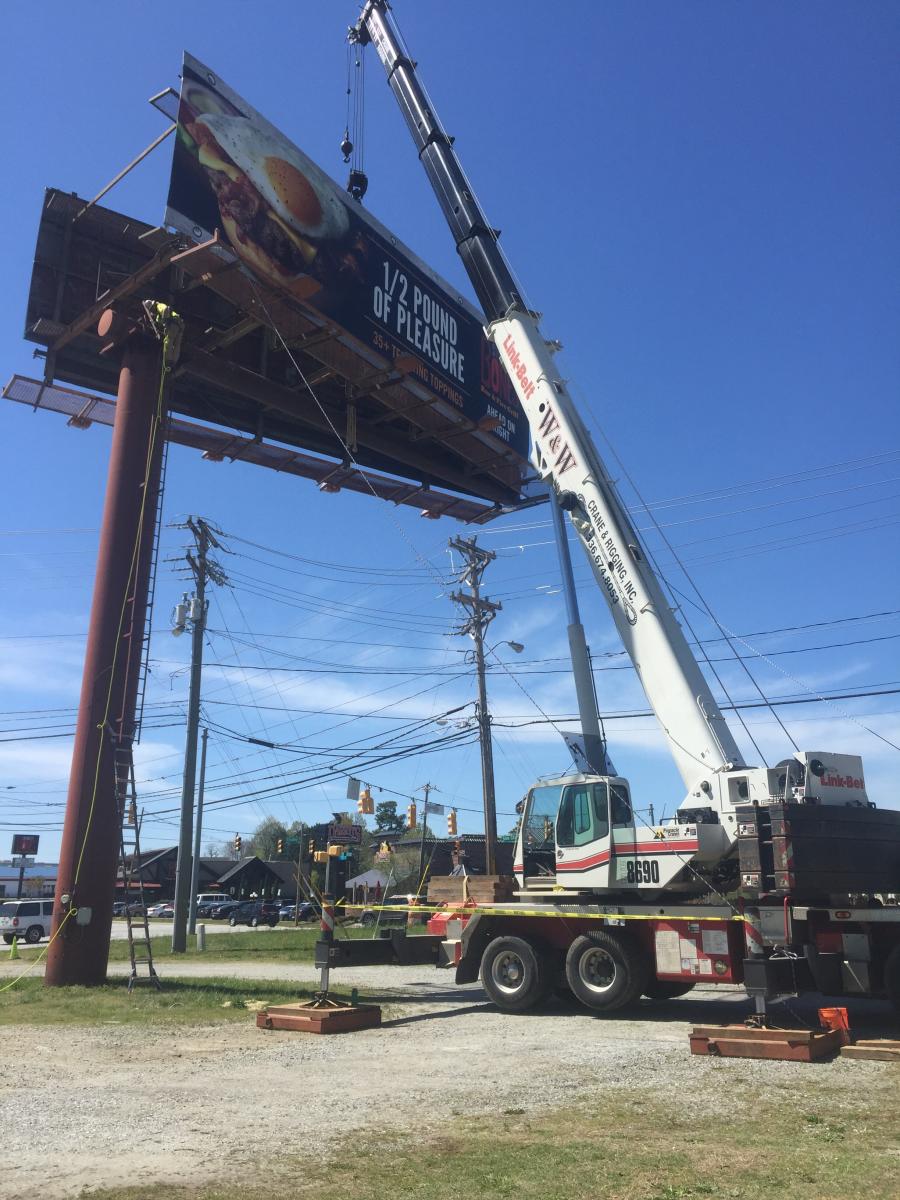 "It starts at the top with John Dozier. He has been a great salesman," Lizotte said. "He always helps with our needs and what we are looking for. And if we have a problem with it, Jason Pearsall, the service manager, solves it. And [assistant service manager] Joe Stanton and boom truck and crane product specialist Mark Baker — they are both very educated in what they do. It's a great advantage to deal with a great service group when you have a problem."

Some of the Walls' more prominent and unusual jobs have included raising a water tank in High Point, placing a clock tower at North Carolina Agricultural and Technical State University and helping scuba divers pull pipe out of Randleman Lake.

"We've set some big insect sculptures at the North Carolina Zoo," Mong said. "Daniel uses a program called a 3-D lift plan. Let's say it's a tight spot, or there's a lot of figuring, then he uses that computer program. It was an interesting project because it's different from what we normally do."

Both Wall and Mong give Lizotte's creativity much of the credit for their company's growth over the past five years.

"Daniel has played an absolutely huge role in it," Mong said. "He is out there all hours of the day. It does not matter. He is going to meet new customers and try to get more business for us Whatever they ask, whatever types of jobs they want, he is going to find a way to make it work."