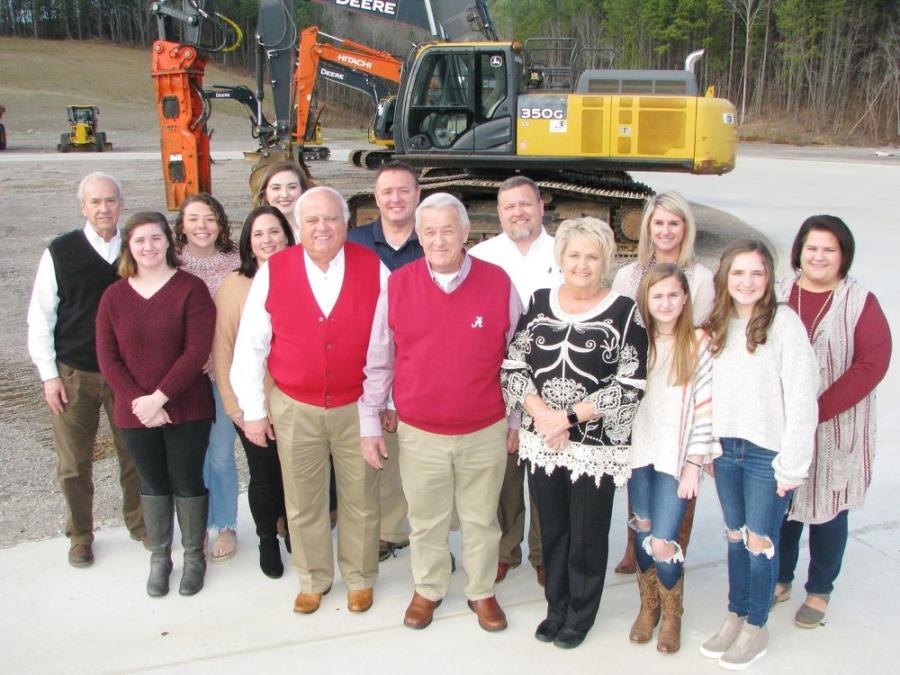 John Fore (C), flanked by his wife, Helen, on the right, Warrior Tractor owner Gene Taylor on the left and branch manager David Pearson on the far left, are joined by a big group of the Fore family members who were able to make it out to the celebration in Graysville.

Warrior Tractor & Equipment Company celebrated the career of John Fore at their Graysville, Ala., branch on Jan. 17. Family, friends, co-workers and company ownership all turned out to celebrate Fore's official retirement. Approximately 200 people turned out for the celebration and enjoyed a catered catfish fry.

When Fore got out of high school he went directly into the Navy and started working on engines. He's been doing engine and service work ever since. Warrior Tractor General Manager & Graysville branch manager, David Pearson, stated to the crowd that, "A lot of our success and a lot of our customer's success is thanks to John. He knows how to fix machines and he knows how to teach others to fix machines."

Owner Gene Taylor spoke and voiced his appreciation for everyone who came out to the retirement celebration. "John's a great person who you can depend on," Taylor stated. "We're proud to have had him for over 30 years. His experience went a long way and he was a great team leader."

Taylor went on to give great praise to the entire staff at Warrior Tractor. "We've been a real lucky bunch to have had employees to stay with us for as long as they have," he said. "Our employees are the best asset we have, and we just appreciate all of them. They'll work 24/7 if you need them to and it's a privilege to have had a guy like John running our operation here and are proud to have had him. We wish him well in his retirement."

During the speeches, Taylor and Pearson presented Fore with a 150 as a "little token of appreciation". Many attendees looked puzzled and could be seen whispering "a 150?" Turns out it was a Ford F150 pickup that was bought brand new back in 2016 as a company truck for Fore and is now gifted to him as his personal truck.

Fore started in the Pelham, Ala., branch as service manager in the late ‘80s and is now retiring as service manager from the brand-new, just built in 2019, Graysville, Ala., branch. When asked about some of the more notables in his career, Fore said that taking on the Hitachi line back in 2002 was a huge challenge and a huge reward.

"We were assembling big coal mining Hitachi machines including the 1200, 1900 and 3600s," Fore continued. "The first 3600 we put together, the customer ran the machine for only about 530 hours and sold the machine to a company in Australia for quite a bit more than what he bought it for. So, we were quick to get back out to the same site dismantling the machine and loading it up on trucks and sending right back to the Port of Savannah. This customer ordered another 3600. When it came in, we were right back to put that one together for the very same customer."

Some of the most significant changes that Fore has seen during his time in the industry is that machines have gone from being all mechanical to the modern day machine that is completely electronic and computerized. "Back when I started, the only thing electrical was the battery, the starter, the alternator and the dash lights," Fore said. "You had to pull a lever or multiple levers, and that's how you got things to work."

When asked about what he will do in retirement, Fore stated: "I don't fish, I don't hunt, I don't golf. All I've ever done is work. My basement needs to be finished off, so I think that's the first thing I'm gonna do. After that, I'm flying out West for a while to do some driving and sight-seeing."

In his departure, Fore said that first and foremost that he wanted to thank the Lord for his health. He went on to thank Mr. Taylor who entrusted him with a lot of responsibilities, including all of the mining machines. He concluded by saying, "To my co-workers, they've done a great job and are the backbone of this operation. To my customers, I have enjoyed my personal relationship with each and every one of you." 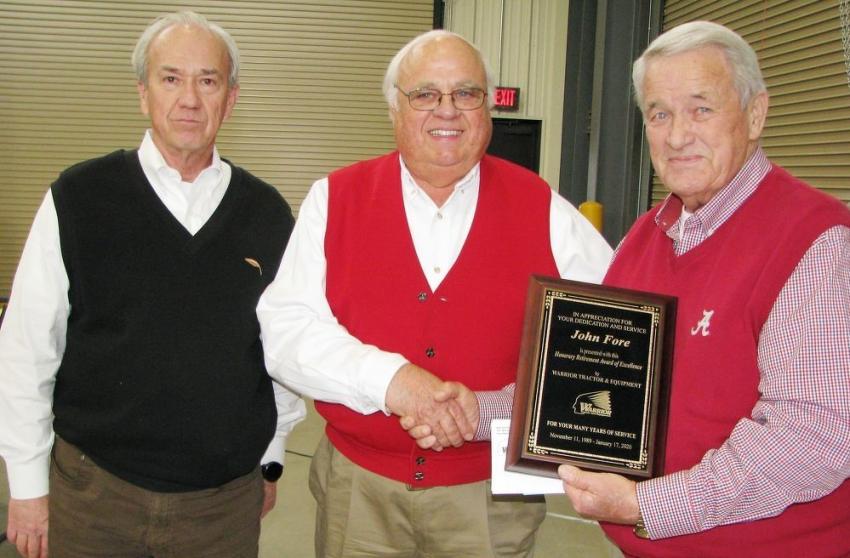 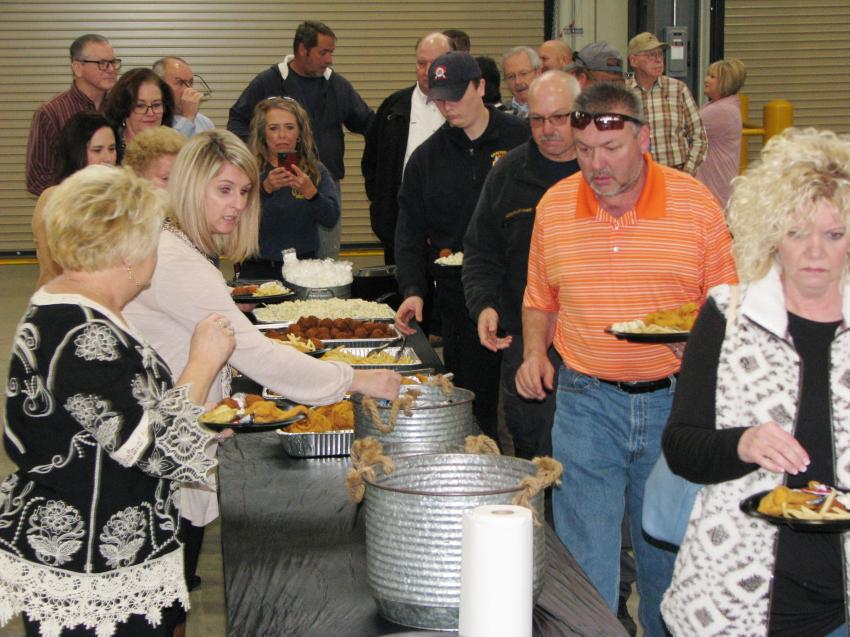 Lunch for the event was a terrific catered catfish fry. 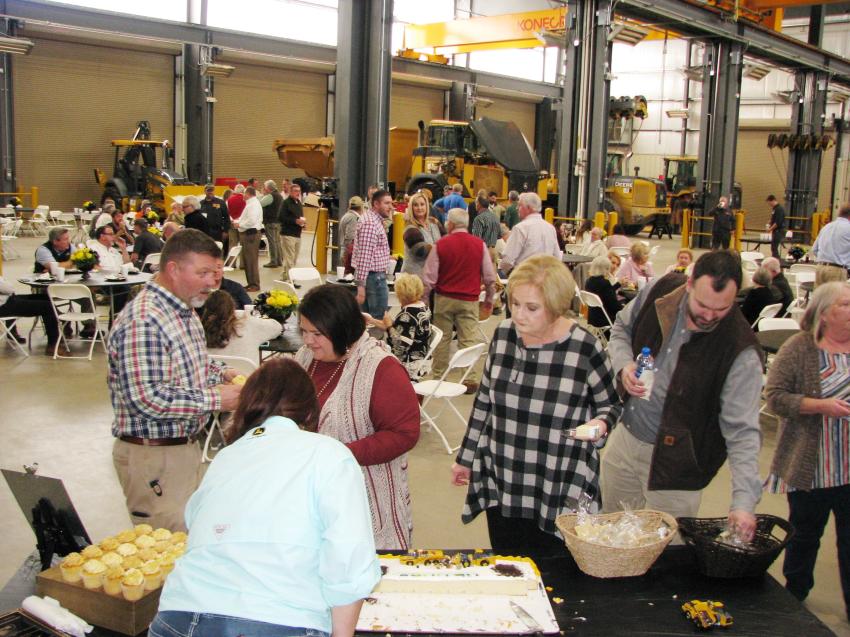 The shop area was cleared out and transformed into a dining area for approximately 200 guests who turned out for the event. 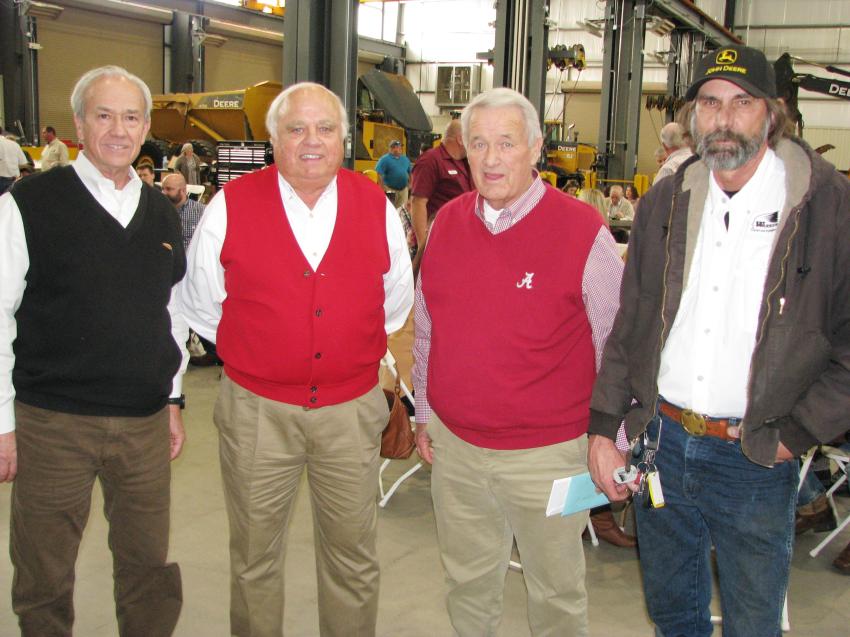 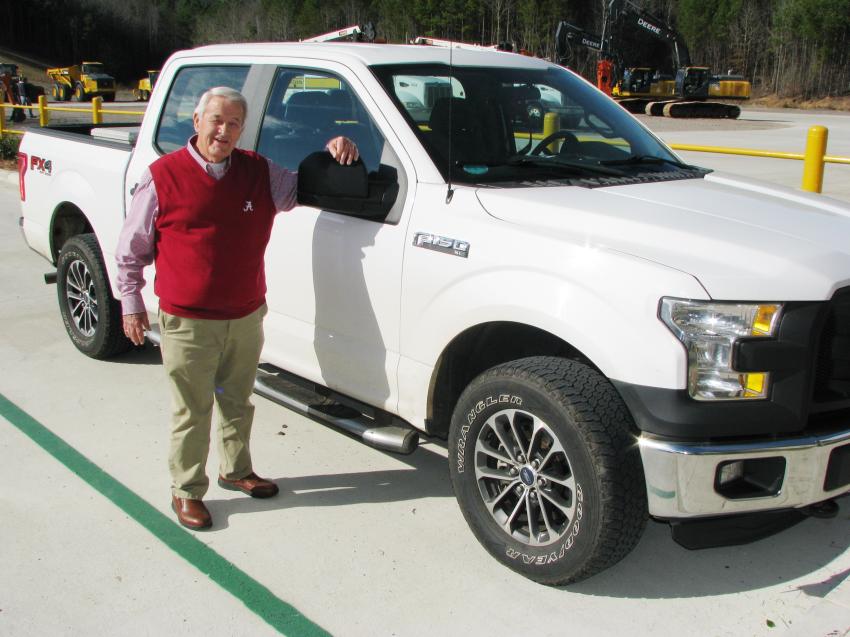 Warrior bought this Ford F150 brand new as a company truck for John Fore back in 2016. They signed over the title to him as a special presentation on Jan. 17, 2020. 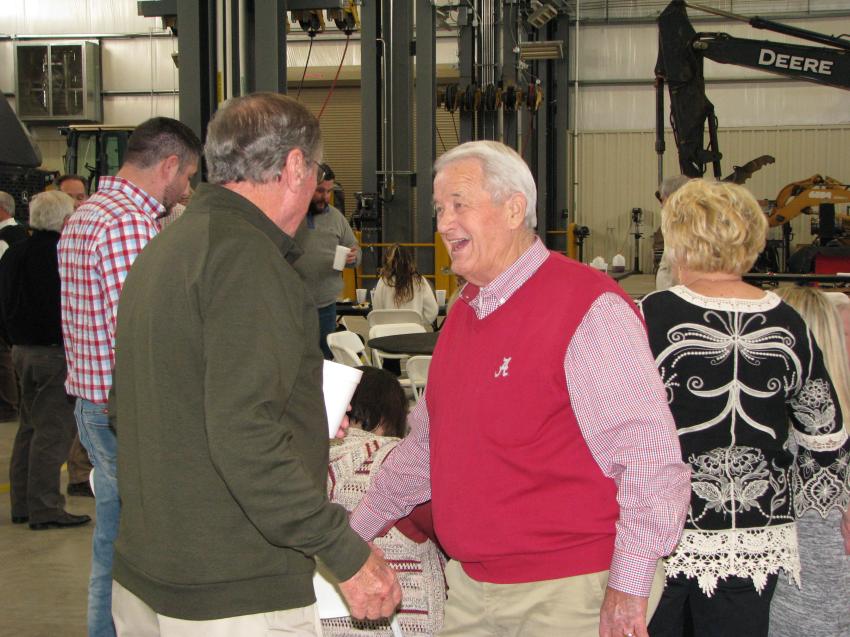 John Fore enjoys his last day of employment with Warrior Tractor with friends and family at his retirement celebration at the Graysville, Ala., branch. 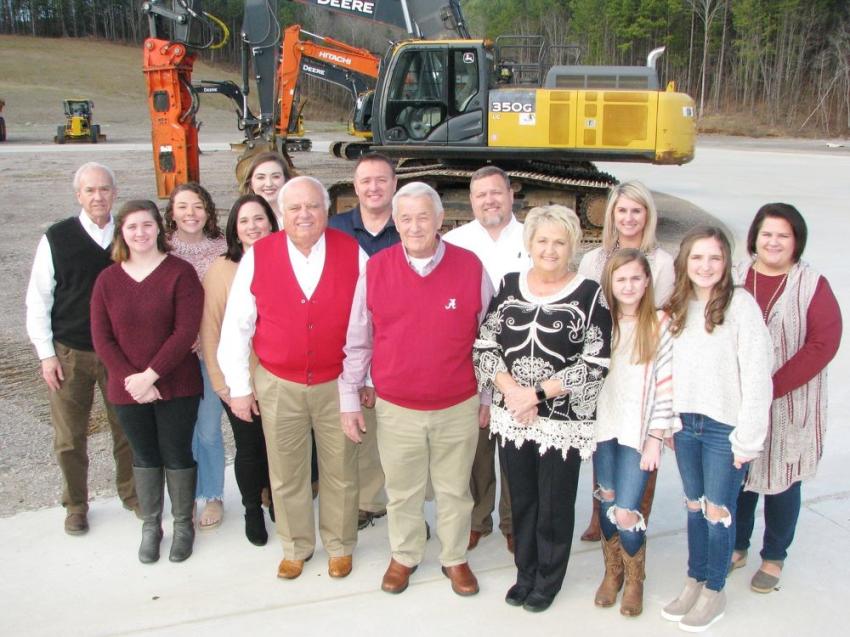 John Fore (C), flanked by his wife, Helen, on the right, Warrior Tractor owner Gene Taylor on the left and branch manager David Pearson on the far left, are joined by a big group of the Fore family members who were able to make it out to the celebration in Graysville.