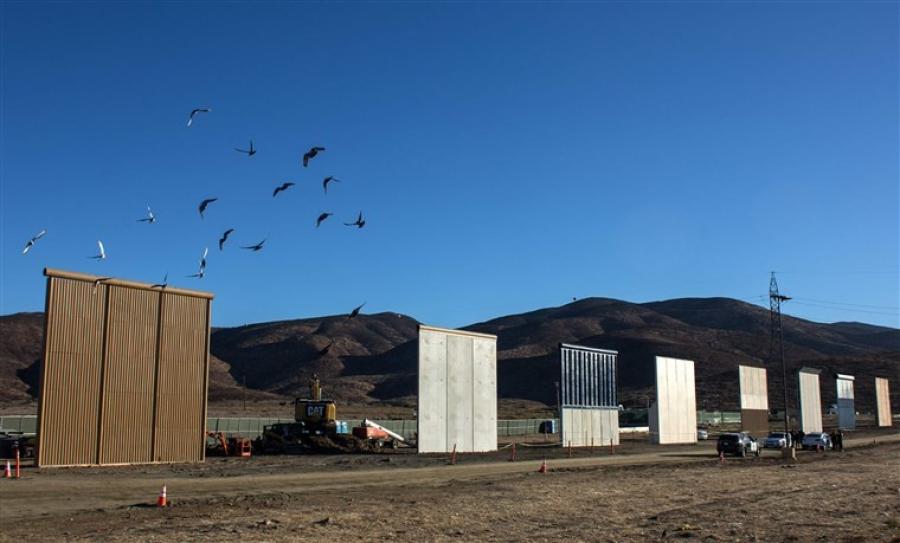 The CEO of Fisher Industries, an Arizona-based construction company, has said that his crew could build a part of the border wall by the November 2020 election.

Tommy Fisher said that by using his patented hanging system, Fisher Industries could erect 234 miles of the border wall for just $1.4 billion—a much lower price than President Trump's $8 billion price tag, KTAR News reported. Fisher also said his company would also be able to provide all materials needed for the wall's construction.

"I think it all comes down to our patent with our hanging system and how fast we can go," said Fisher. "We're vertically integrated, too, so we do steel, we do paved roads, we make our own concrete. So there's a lot of synergies that make our company a little more competitive…. We're also adding paved roadways and we're adding value added by using all weathering steel instead of just regular carbon steel to take the life of the barrier to 75 years versus 25 to 30, and then finishing it probably 2.5 to 3 times as fast."

Fisher said that if his crews began construction in March, the job would be complete by November 2020, KTAR News reported. His proposal includes 20 miles of wall construction in the Rio Grande Valley, plus 114 miles in Texas—precise locations will be left to the federal government to decide.

"Over the past two years, they put in approximately 35 to 40 miles, and you know at that pace, I'm just sorry, the border's not going to get secure," said Fisher. "We don't mind that our price is out there and what we say because I don't think anyone can touch us in the quality of our patent and how fast we can go… So my hope is that if the government really wants to get this done… put us to the test and we'll prove it, and I will pass it with flying colors."