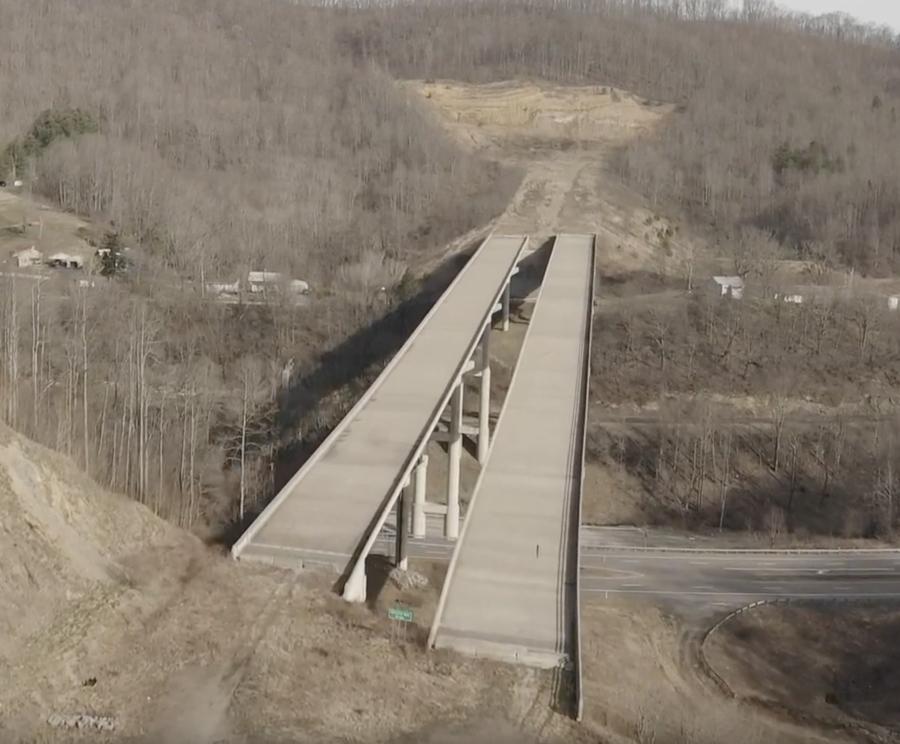 The project will provide motorists easier access to the Mercer County Airport and finally utilize a bridge, which had become known locally as the “Bridge to Nowhere” over the years.

Gov. Jim Justice held a groundbreaking ceremony on May 1, with leaders from the West Virginia Department of Transportation, to commemorate the beginning of roadwork on an addition to the King Coal Highway (U.S. Route 52) in Mercer County.

This major construction is the latest roadwork project to get under way as part of Gov. Justice's Roads to Prosperity program.

"The good people of this area have waited for this day for too long," Justice said in his address at the ceremony. "Now, thanks to our Roads to Prosperity program, we are finally able to get out here and get to work."

The governor was joined at the event by Transportation Secretary Byrd White, Commissioner of Highways Jimmy Wriston and other WVDOT officials, to celebrate the beginning of this project, which will add on to the existing John Nash Boulevard Connector of U.S.-52, creating 3.8 mi. of consecutive highway that connects John Nash Boulevard to Airport Road.

The project will provide motorists easier access to the Mercer County Airport and finally utilize a bridge, which had become known locally as the "Bridge to Nowhere" over the years.

"We're going to turn this into the ‘Bridge to Somewhere' and that somewhere is going to be your airport," Justice said. "The airport is the hub of everything, but you've got to be able to get there."

The bridge, along with the other sections of the John Nash Boulevard Connector, were originally built between 2007 and 2009 through federal funding that came with a time limit. As a result of that time limit, certain parts of the connector were opened to the public while others, like the bridge, were not.

"This project has sat here, unfinished, for about 10 years and nobody had done anything until Governor Justice got here," White said. "The governor has figured out a way to do it and has directed us to get it done."

Finishing the connector was one of the first projects Justice added to the Roads to Prosperity program at the time the initiative was introduced.

"Now that we're going to be able to finish this project, who knows what kind of goodness this will bring," Justice said. "This could be the last thing we need to bring all kinds of manufacturing and business and tourism to this area like we've never seen before."

The $57.5 million project, which is being funded through West Virginia Turnpike Authority bonds, will include work cutting through a mountain positioned between the bridge and the airport. This effort will require moving 6.1 million cu. yds. of earth.

Crews also will have to get all of the additional roadway down to a final grade. At that point, paving work will be able to begin.

Kanawha Stone Company will be completing this addition to the King Coal Highway. The project has an estimated completion date of November 2021.