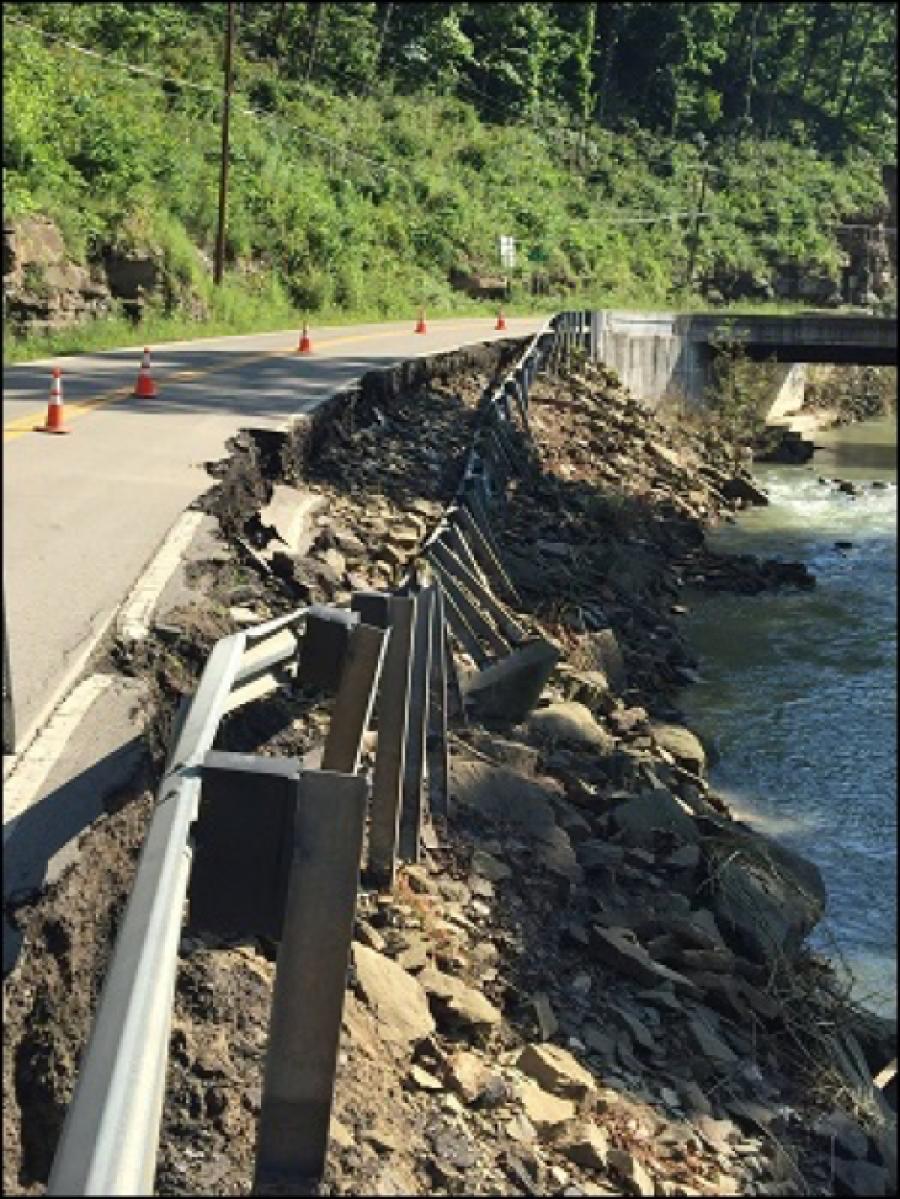 The types of roadway damage include pavement washes and scouring that undermined guardrails. (WVDOT photo)

The West Virginia Department of Transportation's Division of Highways estimated that as of Aug. 1 the state had absorbed about $7 million in flood damages to roughly 200 roads in 11 counties, after heavy rains created sudden flooding July 28 and 29.

The total could rise, though, as the announcement said the DOH “continues to make repairs and assess damages.”

News reports said northern and north-central areas of the state were hit hard, in a region of steep mountains and valleys vulnerable to fast-rising waters. Besides road damages, some schools and hundreds of homes were reportedly affected.

Gov. Jim Justice declared an emergency for affected areas as the event was under way.

“We have mobilized our National Guard and Highways personnel,” he said July 29, “and they are assisting other first responders from across the state to make sure our citizens in these affected areas are being kept safe and out of harm's way.”

He added that “numerous evacuations have and are continuing to take place, and in this time of need we will do everything we can to aid our neighbors. After the waters recede we will work with them to begin cleanup and start the recovery process from this horrible devastation.”

The types of roadway damage include pavement washes and scouring that undermined guardrails.

The Highways division said its crews “have encountered damaged or plugged culverts, slips and slides, road washouts, clogged ditches, and trees and debris on roads.”

It tallied up more than $1.6 million in damages to 25 routes in Wetzel County, plus road repair costs of more than $1.2 million each in Ohio and Marshall counties.