Thu May 19, 2022 - Northeast Edition
West Virginia Office of the Governor 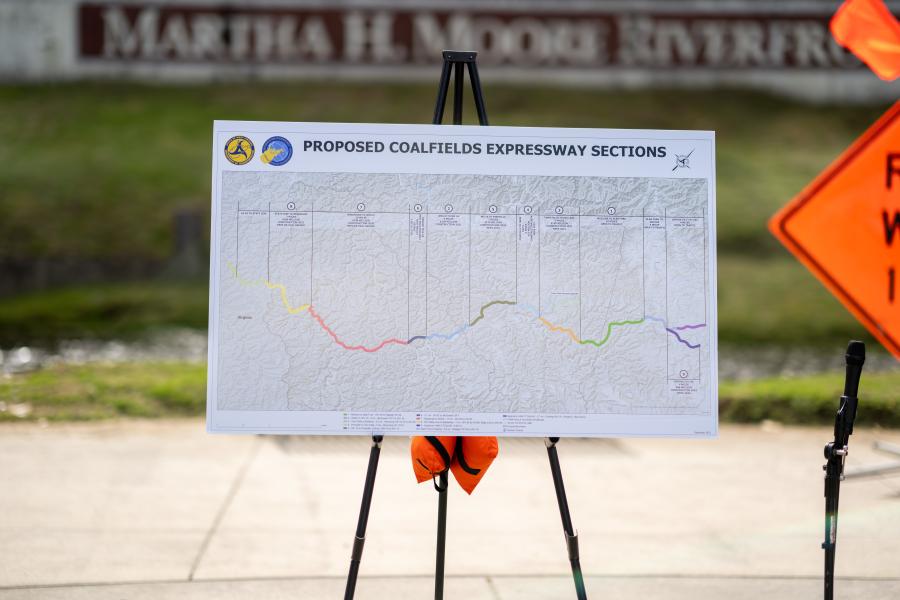 (Photo courtesy of the office of Gov. Jim Justice)

West Virginia Gov. Jim Justice hosted an event May 13 near the construction site for the state's newest major highway — one that will connect the town of Welch with the Coalfields Expressway.

The project is the latest effort in the governor's Road to Prosperity program, specifically designed to provide funding for key road and highway construction across the state.

"This announcement today means we are one step closer to bringing this area of West Virginia to the world once and for all," Justice said. "We have waited and waited in southern West Virginia for way too long. From what I understand, this section right here is a linchpin ... and the sections beyond that will move even faster."

He joined officials with the West Virginia Division of Highways (WVDOH) to announce that he has approved the bid award for the $147.6 million connector to Bizzack Construction of Lexington, Ky.

The project will involve building a 5.12-mi.-long section of highway from Welch to W. Va. Highway 16, linking the small town with the Coalfields Expressway.

Justice's office said in a press release that the roadwork will include the construction of two highway ramps and two bridges and is planned to require more than 16 million yds. of excavation. Additionally, more than 10,000 ft. of large diameter drainage pipe also will be put in place for the road.

A formal event commemorating the beginning of construction on the connector highway project will be held soon, according to the governor's office.

If all goes to plan, the new roadway is expected to be finished in the summer of 2026.

"A lot of people start things; the governor is a guy that finishes things," said Jimmy Wriston, commissioner of the WVDOH and the state's transportation secretary. "This is another step along the way to the finish. [It] has been a long time coming, [and] is the beginning of the end of getting this done."

"I am absolutely committed beyond belief to get this project finished because it opens up the whole world to southern West Virginia," added Justice. "It took decades for us to get in this mess. This is a dogs' mess that we're crawling out of but we're getting there."

The state also is planning to build a 5-mi. stretch of the Coalfields Expressway from the town of Mullens to Twin Falls State Park, and a 3-mi. link from Twin Falls toward Pineville.

Once all planned sections of the expressway are completed, it will eventually connect the West Virginia Turnpike at Beckley with Va. Route 83 in the community of Slate, Va., opening the southern coalfields to never-before-seen economic development opportunities, according to Justice's office.

"We're doing everything we can to execute the governor's vision," said Wriston. "I drove around McDowell County today. The roads [there] are as good as anywhere in the state now, and they're getting better every day."

In 2017, Justice committed to extending the Coalfields Expressway as part of his Roads to Prosperity program if the citizens of West Virginia passed his road bond referendum. Within one year of the bond being approved with 73 percent of the vote, a contract for the extension project was awarded to Ohio-based Kokosing Construction Co.

That section of roadway was opened in October 2020, marking the first ever four-lane highway in Wyoming County.