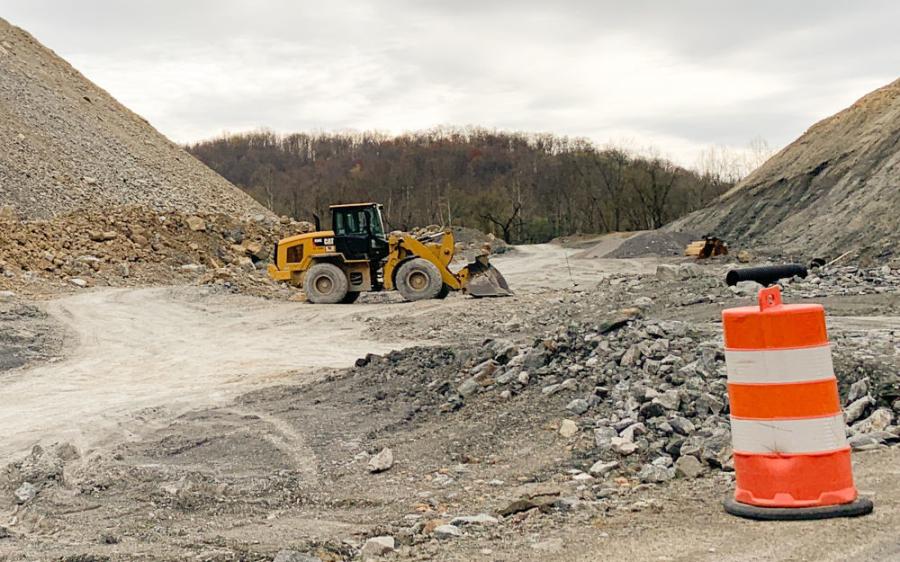 West Virginia's share of the recently completed federal infrastructure package includes more than $3 billion for roads and highways and $500 million for bridge repairs and maintenance.

Over the course of the next five years, West Virginia is expected to receive more than $6 billion from the recently completed federal infrastructure package.

Jimmy Wriston, the new head of the West Virginia Department of Transportation (WVDOT), told the State Journal in Clarksville that his office will play a significant role in the management and spending of almost every single federal dollar the state receives.

From the various transit agencies within the department to the deployment of broadband services, most of the projects enabled by the new funding will involve the WVDOT, said Wriston.

"We're going to really focus on the highways and bridges, of course — that's the most pressing need," he said. "The way to get broadband to folks is going to be on the roadway right aways. That's going to be the cheapest, more efficient way to get that service to them. I think we'll play a role in just about every aspect of real, hard infrastructure."

Among his top priorities for the monies designated for roads and highways are Corridor H, the Coalfield Highway and the King Coal Highway, Wriston noted.

"I think it's really going to move the ball and I think we'll make big leaps [on those projects]," he explained. "This will help us. We've attempted these expansion projects that benefit the state by drawing in people and businesses and making it easier to get around our wonderful topography and geography, [so the new funds are] going to make a big difference."

Corridor H, the highest priority WVDOT project, will span 146 mi. between Weston, W.V., and Strasburg, Va., when completed. The finish date is uncertain as the project has been under construction for decades but has stalled numerous times due to environmental concerns and funding challenges.

"I really want to get Corridor H complete for folks," Wriston said. "In the past the level of investment that we've had has forced us to do this piecemeal. We'd save up a little money and we'd do a section, and it's been decades of trying to get this done with this approach. This [federal package of funds] will help with that."

He noted, though, that Washington's guidelines governing how the funds can be spent are still being finalized.

"We don't have all the rules and guidelines yet, but it appears that they have modeled it … on our regular federal aid apportionment program," Wriston said. "That's kind of the way that we anticipate this will happen."

W.V.'s Needs Are Greater Than Its Funds

The Secretary appeared recently before the state's Joint Legislative Oversight Commission on the Department of Transportation Accountability during the most recent round of Interim Committee meetings for the West Virginia Legislature.

"They have quite a bit of say [in how the federal money will be spent)," he said. "They are the voices of the people, and when you have an issue, those are the guys that you call, and they bring it to our attention. We work very closely with the Legislature."

He believes the slate of projects funded by the infrastructure funds will provide new employment opportunities within the state, too.

"If you build roads, you create jobs — that's the best formula you can have for job creation," he told the State Journal. "The big issues that we're seeing nationwide are workforce shortages and supply chain issues with certain construction materials. This is going to be challenging, but we're very fortunate because we have a lot of good, experienced people here in the DOT that have been through similar things."

Although West Virginia's share of funds from the infrastructure package undoubtedly qualifies as a once in a generation investment into its roads, bridges and transportation systems, it is not nearly enough to cross everything off his wish list, Wriston added.

"It'll have an impact, but I don't think it will have the immediate impact that I think everyone would like. It will take time to get those guidelines, to roll these projects out, to get these things in place and get things going. It [also] will take time for contractors to hire additional people and make the [needed] investment on equipment.

"But it will never be enough," he continued, adding that, if asked, he could reel off a list of nearly $30 billion worth of unfunded projects across West Virginia.

Wriston, who has served in various roles within WVDOT since 1996, was just appointed the agency's leader by Gov. Jim Justice in October. He also serves as commissioner of the West Virginia Division of Highways.

"Jimmy has been a driving force behind our efforts to transform the DOT into an agency that prioritizes road maintenance and always goes above and beyond to get the job done," noted Justice when he announced the appointment. "He embodies the can-do attitude of our rejuvenated DOT, and I have all the confidence in the world that he will do an excellent job in this incredibly important role."