When the researchers visited the Mactaquac Dam last month, they were able to see firsthand the damage that ASR has caused. 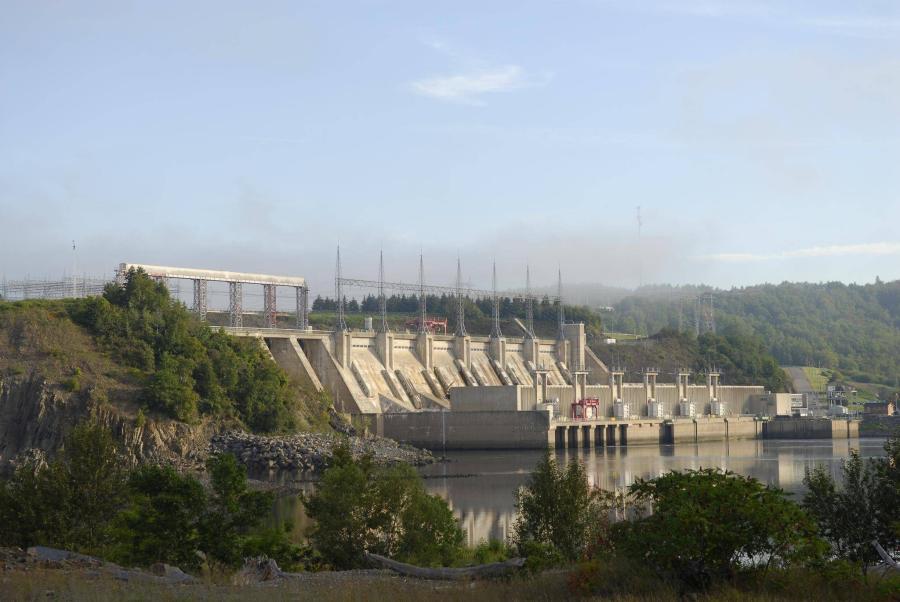 The Mactaquac Dam in New Brunswick, Canada, is just one example of the issues ASR can cause. Built in 1968, the dam was expected to serve the area for upwards of 100 years — ASR has caused its lifespan to shorten quite a bit.

Researchers from MIT's Concrete Sustainability Hub (CSHub), the University of New Brunswick and Oregon State University have teamed up to take a closer look at the durability of concrete in construction. The team also will look at alkali-silica reaction (ASR), which is known to cause major structural damage, Phys.org reported.

The Mactaquac Dam in New Brunswick, Canada, is just one example of the issues ASR can cause. Built in 1968, the dam was expected to serve the area for upwards of 100 years — ASR has caused its lifespan to shorten quite a bit.

“Alkali-silica reaction, the cause of the major issues in New Brunswick, occurs when alkalis in the cement pore solution encounter reactive forms of silica in the rock used to make the concrete," said Jeremy Gregory, executive director of CSHub. "The reaction produces a gel, which expands as it absorbs water and exerts pressure that can cause cracking and result in structural problems in concrete infrastructure.”

"Our research collaboration looks at understanding ASR from fundamental building blocks," said Thomas Petersen, a grad student in the MIT Department of Civil and Environmental Engineering and research assistant with the CSHub. "Starting from an atomistic description, we wish to understand the mechanisms leading to the expansion of the bulk concrete composite. Is the gel expanding? Is the CSH [calcium-silicate-hydrate] expanding? We are looking to answer these questions by understanding the molecular configurations of the materials."

When the researchers visited the Mactaquac Dam last month, they were able to see firsthand the damage that ASR has caused.

CSHub postdoc Laurent Béland, said, "Seeing the impacts of ASR on a structure that large, in person, makes you realize how big this problem is; not only is this major dam supplying electricity, it's making sure a pretty big city won't be flooded. As an atomistic simulation expert, I'm coming at this from one perspective. Working with people to be able to absorb what this is all about, you see the research impact scaled up."

Since 1968, the dam has grown between 9 and 12 in. higher, and cracks are prominent, but that's not all, Phys.org reported.

“There are gates that no longer close — there's a seven- or eight-inch gap," said Béland. "There are also places where engineers have had to cut through the dam to relieve pressure and, for obvious reasons, you'd prefer that dams not have to be cut into."

Right now, engineers are trying to keep the dam running until it reaches the end of its original service life in 2068. But according to Petersen, this type of maintenance means a full-time staff of engineers, plus $8 million annually.

When the dam was built, officials did test for potential ASR issues, but they didn't conduct those tests under the same conditions to which the dam would be exposed. Currently, the industry does not yet have a quick and consistent way to test for ASR, but with a bit of luck these researchers will be able to find one.