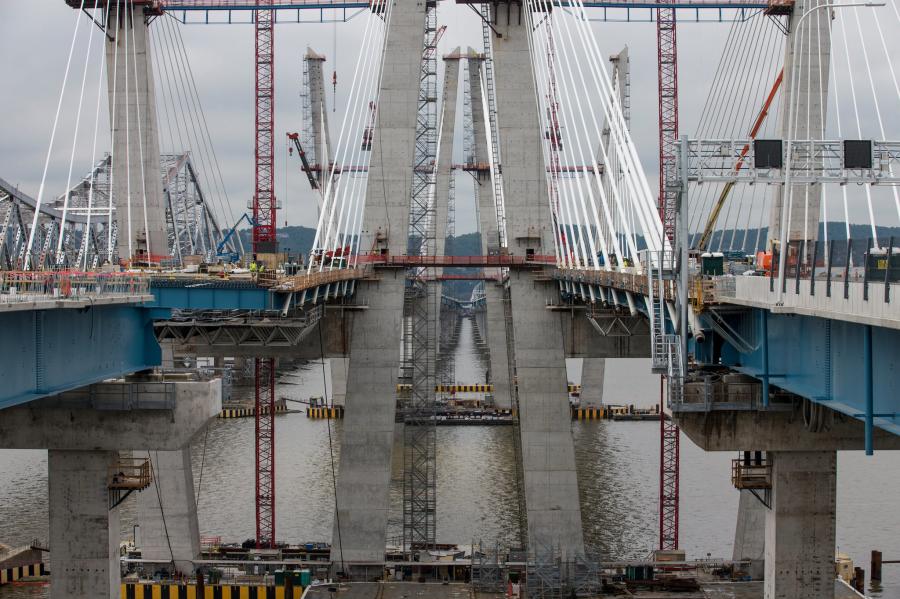 The Tappan Zee Bridge is fully drivable and ahead of schedule. Photo: Fred R. Conrad for The New York Times

Commuters will still have to wait for one of the new bridge's two parallel spans to officially open sometime in the fall, but The New York Times reports (http://nyti.ms/2skK4M8 ) the bridge can support the weight of large trucks driving across the new structure.

The original bridge opened in 1955. That span will be torn down after the new bridge opens.

This is the second major bridge project to be completed in New York this year. In April, New York City opened the new Kosciuszko (kuh-SHOOS'-koh) Bridge which connects Brooklyn and Queens. The old bridge is scheduled for demolition in the summer.—AP