Widening the Gap — How KNA Is Improving a Major Colorado Highway 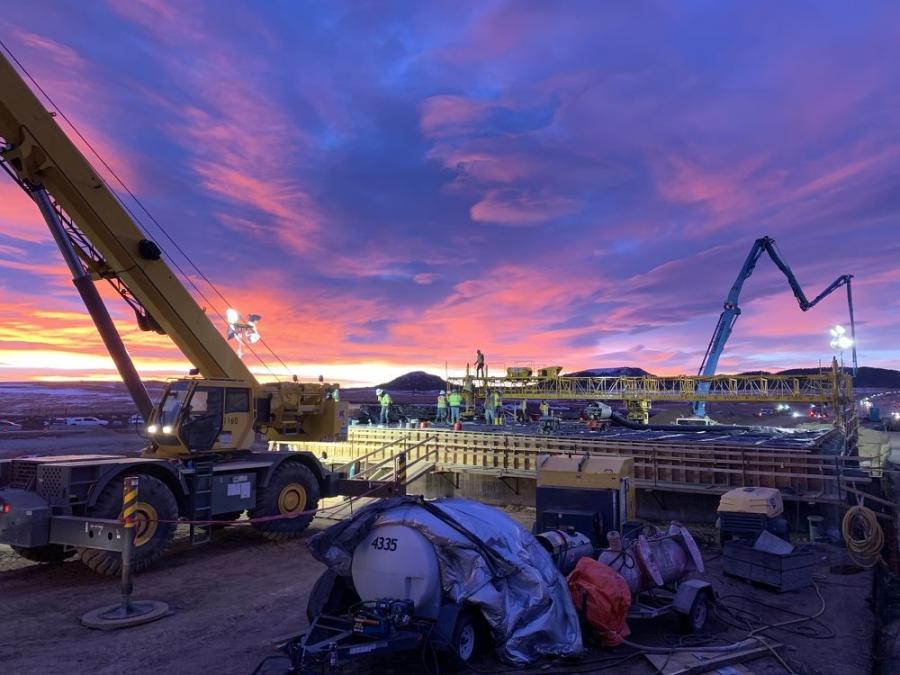 New materials for Kramer North America’s project will include 1.2 million cu. yds. of earthwork, 28,327 cu. yds. of reinforced concrete and 694,832 tons of asphalt.

The Colorado Department of Transportation's (CDOT) $350 million I-25 South Gap project, awarded to Kraemer North America (KNA), is improving 18 mi. of highway south of Castle Rock (Douglas County, about 40 mi. south of Denver) to the town of Monument (El Paso County), with a major component being the construction of an express lane in each direction to meet increased traffic demands.

Work started in September 2018 and is slated for completion in early 2022. Primarily financed by state funds, it also is being supported with contributions from Douglas and El Paso counties, Pikes Peak Rural Transportation Authority and a federal infrastructure for Rebuilding America grant.

The project also includes the construction four new wildlife crossings and the installation of 30 mi. of deer fencing; adding a new overlay to the existing pavement to create a smoother ride; reconstructing five bridges and extending ramps; a new truck climbing lane approaching Monument Hill from the Greenland Road exit; widening shoulders; and modernizing communications lines along the corridor to enable advanced technology.

Crews are engaged throughout the work zone, which has been divided into three construction sections. 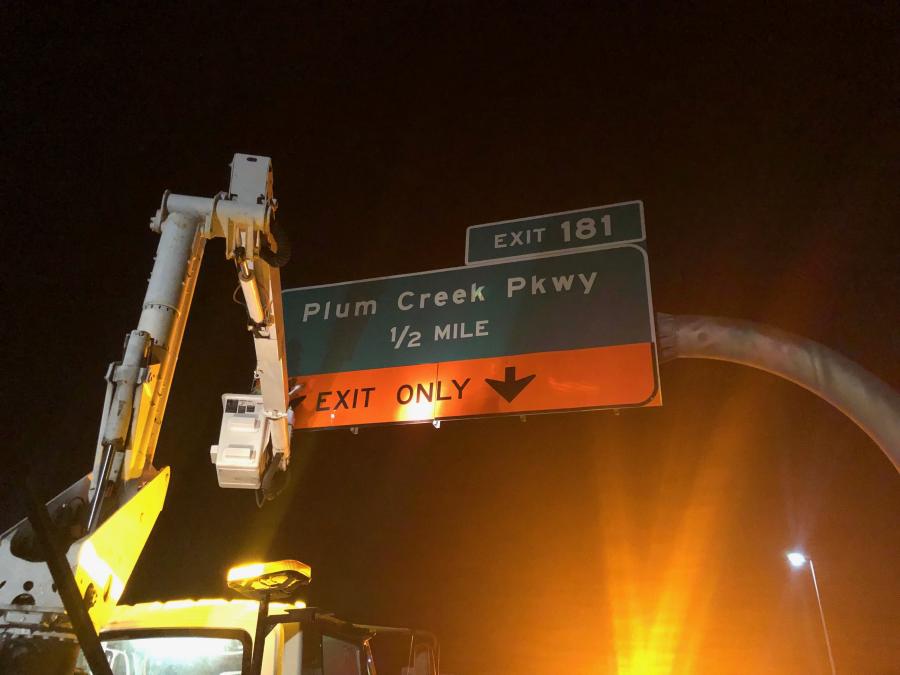 "This allows construction to begin on one area while design was finalized on another, which let the entire project to begin much earlier than anticipated," said Paul Neiman, CDOT's resident engineer. "From the initial study to groundbreaking, this will be the fastest delivery of a project of this size in CDOT history."

The Sky View Lane section (north) – Castle Rock to Sky View Lane (Tomah Road) – was split into three major phases. It covers work in the existing median, such as grading, paving and installation of permanent center barriers, followed by shifting traffic to the newly constructed center of the roadway so paving could occur on the outside sections, and concludes with a traffic shift back to the outside to complete final paving and striping. Southbound I-25 has been shifted to its final alignment, and the final shift along northbound I-25 began in early July 2020.

The Greenland Road to Sky View Lane section (middle) is the most complex due to the curvature of the road, and it includes bridge replacements at Upper Lake Gulch Road, Spruce Mountain Road and over Plum Creek, along with one new wildlife crossing.

CDOT and Kraemer teams are working together to overcome obstacles in the state's longest construction zone. 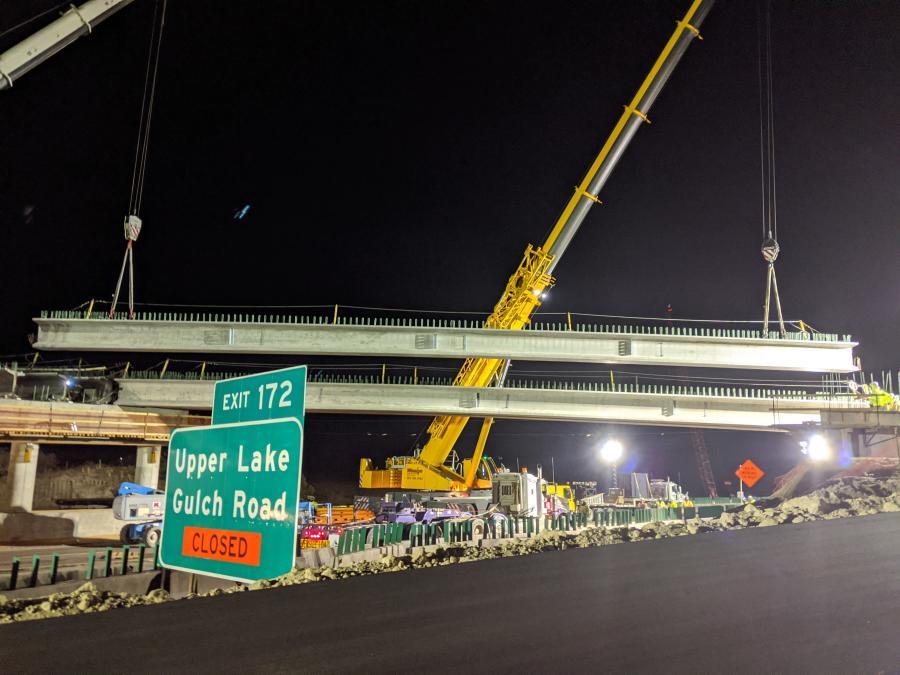 "Managing safe ingress and egress through the corridor means moving barrier almost every night as work progresses," said Michael P. Blasi, KNA's deputy project manager. "It's a balancing act of trading access area for work area behind barrier. Effectively managing resources to keep each segment of the project moving but ensuring the critical ones are progressing quickly is a team effort. We utilize a very detailed short interval schedule in concert with a baseline schedule in Primavera P6 to manage this.

"Communicating to 200 people and letting them know where we are working, what we are working on, what testing is needed, and the overall plan is not easy," he added, "and then re-communicating everything when the plan changes. We use our schedule, as well as a daily activities email, to manage this effectively."

"The work is going well, and we will continue to improve coordination with the other players on the I-25 South Gap Team to improve all aspects of the project – safety, quality, and scheduling," he said. "There are several challenges on a project of this magnitude.  Although the scope of work is not overly complicated, there is a lot of it. The biggest challenge on the project has been weather. With the amount of moisture we have received, over 100 inches of snowfall this year, it has been, by far, the biggest impact to the project."

Cat trackhoes and blades are playing a vital role for Ames Construction. 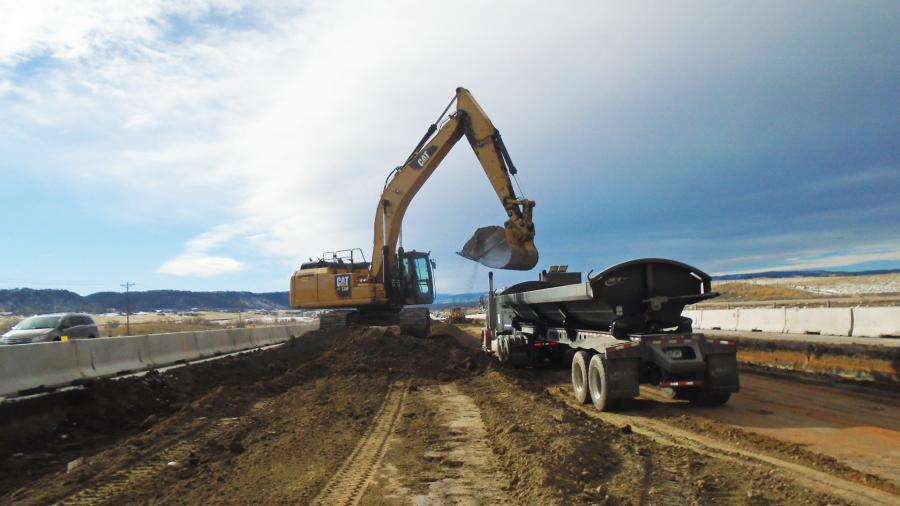 The Colorado terrain where the new lanes are being constructed is not uniform, which makes excavation operations unique.

"Every location within this corridor is different," said Blasi. "Earth work is progressing in a very calculated manner, and it's common for more than 2,000 cubic yards to be moved in a shift with an earthwork crew. We like to get long stretches of embankment and subgrade ready for base course, but only do the base course when they are ready to be paved to minimize exposure of finished base course prior to paving."

"They can place upwards of 1,500 tons of asphalt with a single paving crew – this equates to a lift of asphalt in a 12-foot lane that is 6,000 feet long," said Blasi. "With asphalt that is 10-inches thick and a top mat of SMA that is 2-inches thick, it takes multiple passes to complete the paving of a single lane." 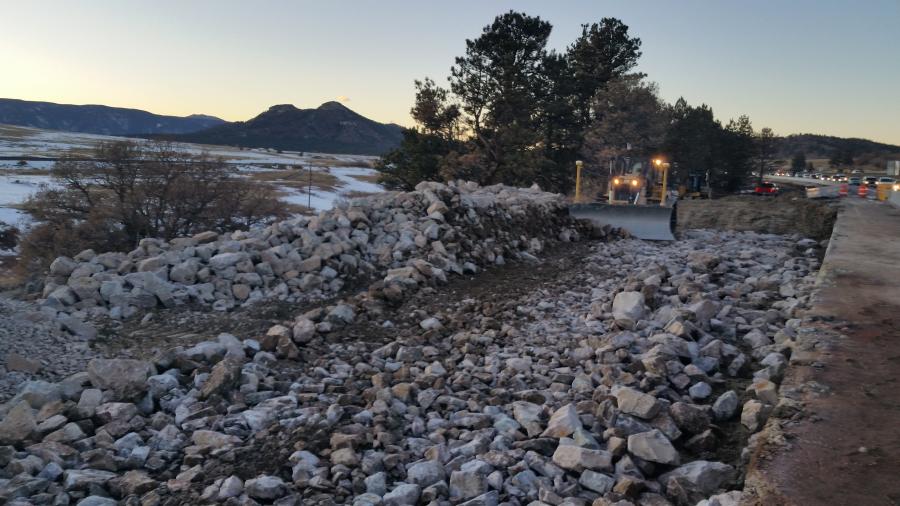 "The majority of excavated and demo material is reused on-site," said Blasi. "Asphalt millings are stockpiled for future use by CDOT maintenance or incorporated into the embankment. Concrete is broken down and reused for subgrade stabilization. Steel is scrapped and sent to a recycler. This is a key part of construction and always factored into our projects."

Kraemer has three cranes on-site, as well as some earthmoving equipment and a fleet of forklifts.

"They are all regularly maintained by our mechanics," said Blasi. "Each contractor has its own unique set of maintenance needs."

"We really didn't encounter any major equipment problems beyond the normal wear and tear that we normally would expect with a fleet this large," said Bergstrom. "We continue to update our fleet with newer machines because the maintenance cost and lost productions from using older machines can be extensive. We have two mechanics on-site full-time to self-perform repairs and scheduled maintenance. 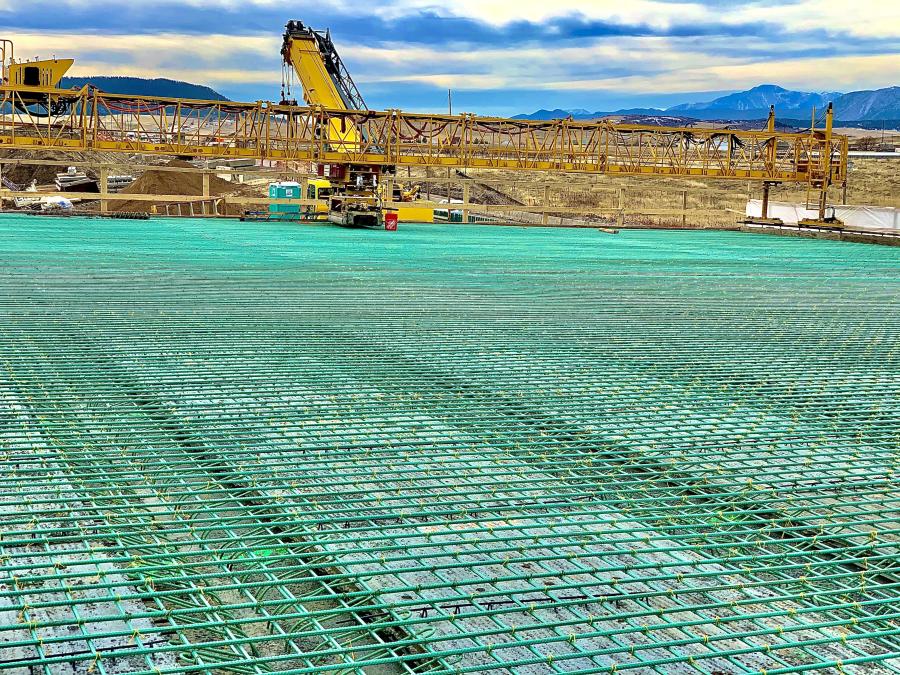 "It is imperative to be proactive rather than reactive," he added. "Reactive costs money for the unplanned downtime, in addition to the repairs, and tends to be quite a bit more expensive than the maintenance would have been."

A good majority of Ames Construction's equipment is purchased directly from Caterpillar through Wagner Caterpillar in Denver.

"They support us with temporary equipment rentals when needed but also help us work on finding the different pieces as they are needed on the project," said Bergstrom. "When bad things happen [on projects], we expect them to be handled professionally by both sides. We are in this industry for the long haul and intend to build long-term relationships with our vendors. Knowing and understanding expectations of our dealers and of the equipment will create good working relations with companies but also individuals within these companies."

Daily traffic along the entire 18-mi. I-25 South Gap can exceed more than 80,000 vehicles. The project was designed by Jacobs Engineering Group.

This is the state's longest construction zone, and to ensure the safety of the crews and the traveling public, CDOT reduced the maximum speed limit to 60 mph. During the day, CDOT is maintaining two lanes of traffic in each direction.

"This is the first-ever project in Colorado to have an on-site Traffic Operations Center to monitor current roadway conditions and possibly reduce congestion by suggesting alternate routes to drivers when incidents occur." said Neiman. CEG