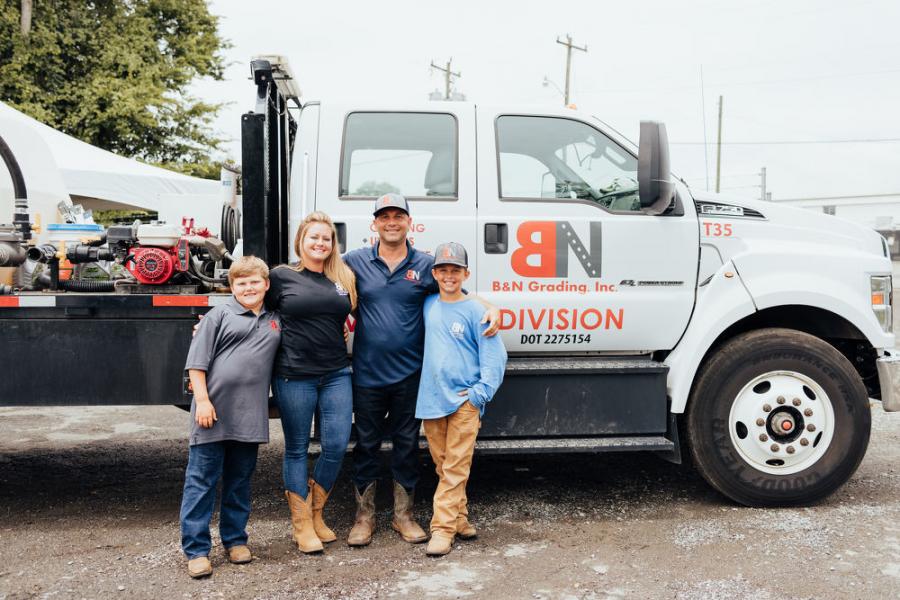 When Heather Thompson and her then-partner, Brian Hux, decided to open a business together in 2010, they, like most small-business newbies, started off quite humbly.

In their case, that meant renting a pickup truck by the hour, lining the bed with plywood and going to Charlotte-area asphalt plants to load it with hot asphalt, despite being warned not to by the vendors.

They did not yet know that telling Thompson she should not do something only spurs her forward and usually leads to a successful outcome. 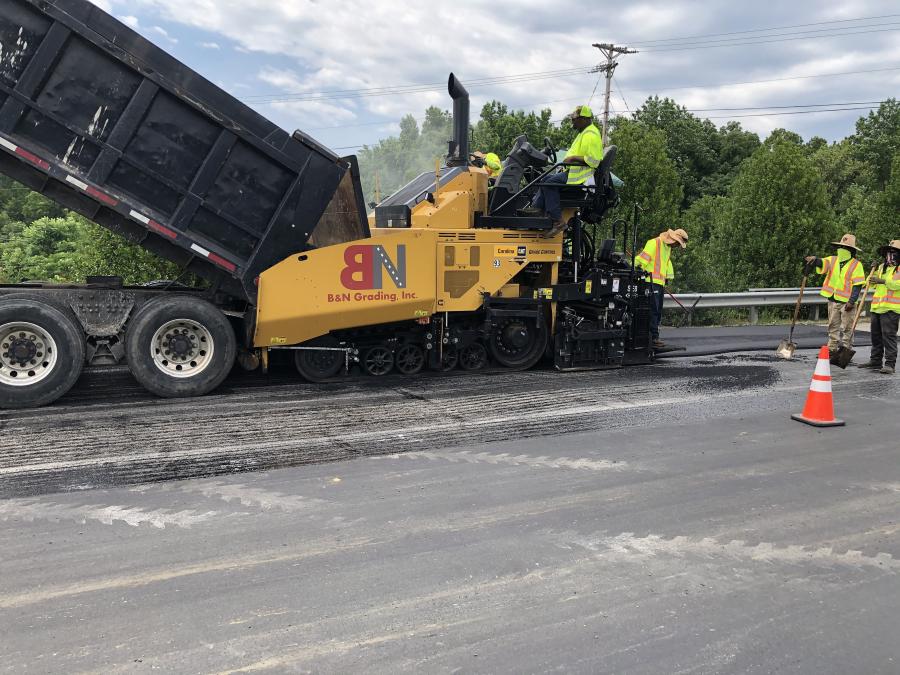 Eleven years later, she and Hux, now her husband and business partner, operate B&N Grading Inc., one of the top grading and paving companies working in the two Carolinas. It has also been noted as being among the fastest growing firms in the area with 70 full-time employees in 2021.

In 2016, B&N Grading was recognized by Charlotte Business Journal as ranking 16th in the publication's Fast 50 Awards, based on its growth rate over the previous two years.

Those acknowledgements represent quite an achievement for a company that began as a girlfriend and boyfriend (now spouses) going door-to-door, when they were not at their regular jobs, in search of small asphalt patching jobs around the Queen City.

"It was scary, and it was dangerous work," Thompson said. "There wasn't a steady income always coming in, so we had to put in a lot of work. [Brian and I] were working on driveways and potholes."

But by applying themselves and building a reputation for the excellence of their work, Thompson and Hux made extra money and eventually became a full-fledged contracting company licensed in both North and South Carolina.

"That meant if a problem came along, we would go back to the job and fix it," she said. "Building a strong reputation worked well for us and slowly we began to do small patches at some commercial locations. We got into doing some Charlotte municipal work as subcontractors where we were working on city streets. Other contractors began hearing about us and [B&N Grading] built from there. They could see that we took pride in the quality of our jobs."

B&N Grading has established itself as one of the Carolinas' most skilled pavement contractors, starting from the initial planning phase, right through to the site preparation and actual paving work. Thompson's company also manages existing asphalt and concrete, installs water and sewer lines and makes the simple pothole repairs that got the firm out of the starting blocks in 2010. 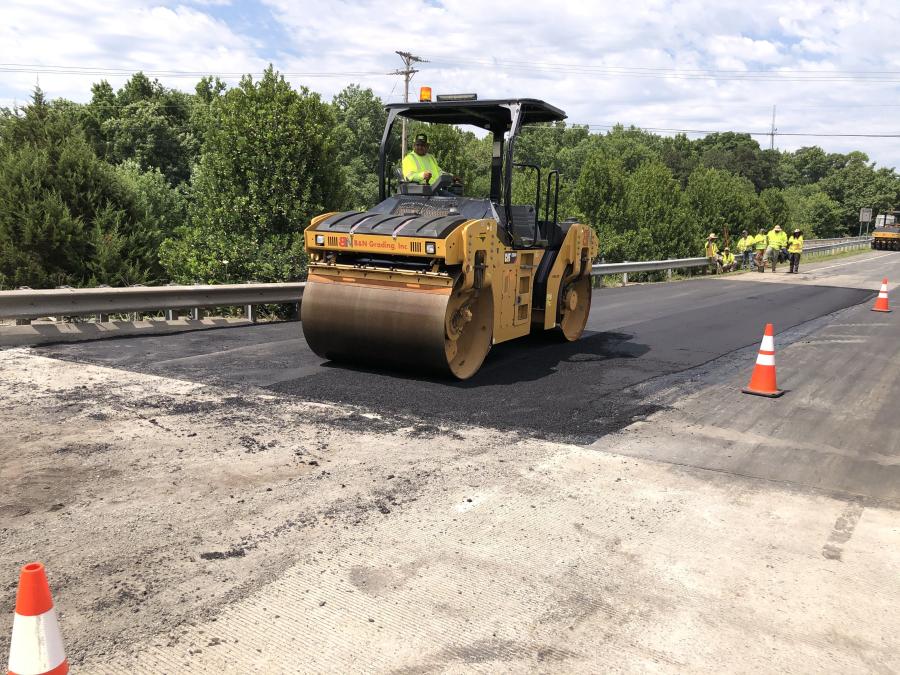 Other services offered by the company include milling, sealcoating, repairs and removals, erosion control, grading and bringing projects to ADA compliance.

"We can handle anything from full-site projects to small, property management firms that may need some parking lot maintenance," she said. "We cover the whole asphalt range from crack filling to an entire site project. Our crews can do the job from the ground up."

When asked what a typical job is for B&N Grading, Thompson thought carefully before answering.

"Well, it depends, because we do so many different types of projects, but I would say that it starts with site preparation, which could include grading and utilities or just be milling up the existing surface, then paving and striping," she said. "The initial phase comes from our grading and utility crews that handle a project's sewer and water. They install storm drains all the way into grading the project and doing stonework before the asphalt crew comes in to apply the final asphalt."

Before embarking on their new business together, Thompson had been training to be a paralegal, although Hux had already been in the construction business much of his life.

She noted that it was a big jump for her to move from paralegal school to running a paving and grading business, but by utilizing her indomitable spirit, Thompson figured out what would make the company flourish.

"I started going to school again and learning everything I could about the construction and paving business, just gaining more knowledge," she said. "Plus, I feel like I hire smart people and learn from them as well.

"We could not do what we do without a great employee base, which has taken us years to grow," Thompson said. "We started with a select few, and to this day a majority of those employees are still with us. We also have great backup in the person of General Manager Mitch Walker, who joined our company in 2015; and our controller, Becky Thomson, who has been with us since 2014."

Like many young mothers, Thompson had to find that delicate balance between raising (and home-schooling) two small boys and managing a small company. After 11 years, she said she is now much more involved in each aspect of the company's operation.

From its beginning, B&N Grading also has built a trusting rapport with Carolina Cat. Thompson's company has turned to the distributor many times over the years to purchase, rent and trade machines ranging from pavers to cold planers to rollers to skid steers.

She and Hux prefer Cat machines from Carolina Cat because of that relationship, and the people there with whom they have worked over the years.

"Everybody that we have ever dealt with there has always helped us to get from point A to point B, including financing, maintenance on the machine and answering any questions we may have," Thompson said. "We have simply found Carolina Cat to be a very reputable company with wonderful employees."

Recently, B&N Grading made another equipment purchase when it acquired a 2021 Cat PM622 cold planer, a high-production, half-lane milling machine with an 88-in. cutting width that performs controlled full-depth removal of asphalt and concrete pavements in a single pass. 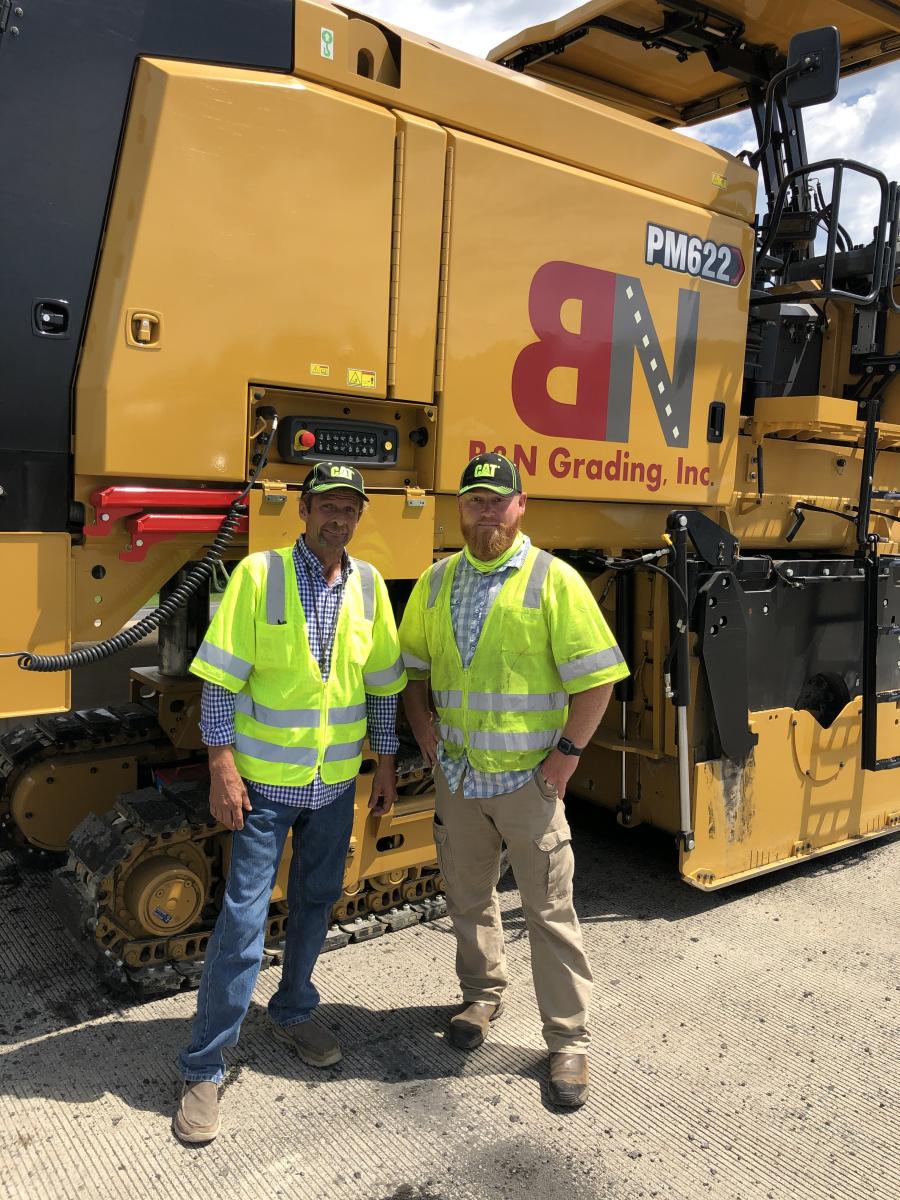 "We chose that model because we wanted a larger mill to use on highways and large parking lots," she said. "Being a high production machine, it will eat up a parking lot very quickly."

She added that the decision to trade in its 2018 Cat PM622 for the newest model was made easier by the maker's willingness to listen to its customers.

"For one, Cat has come a long way with their planers," Thompson said. "We also liked that machine because it has a lot of things on it that we wanted and had mentioned to Cat, such as places to store our paint cans and hang our shovels, and the fact that it also has LED lights. We feel that they legitimately listened to us as customers and implemented some of the things we wanted. That means a lot to us and to most people, I would think."

Jonathan Law, the manager of Carolina Cat's paving division in the western half of North Carolina, added that Cat, in turn, appreciates customer feedback when it is doing research and development on a new product, a time when the manufacturer is looking to make improvements on its machines.

"Brian Hux and Bob Milliken [who heads up B&N Grading's paving and milling operations], among others, were on a factory trip about 18 months ago where we discussed some of those things and when Cat replaced its earlier model PM622s with this new one, Brian and Bob could see that many of the upgrades that we had talked about around the table before with the company were now on the machines. It's pretty cool to have that kind of input with the manufacturer."

Shortly after taking possession of the new Cat PM622, Thompson said the new rig was already proving its worth.

"The LED lights on the Cat milling machine were probably the top improvement, especially when we are doing night work," she said. "Having those extra bright lights are great — I think the biggest complaints from any company working on a job site at night is the lighting."

Among the other Cat equipment used by B&N Grading are AP555F pavers, model CB24B, CB34B, CB54B, CB214E, CW14 and CW7 rollers, as well as a pair of 262D3 skid steers. Other machines in B&N Grading's fleet include 10 dump trucks, another cold planer, an Etnyre chip spreader,and a Weiler P385B paver and CT3 rubber-tire roller.

"Carolina Cat is also the best company with which we have worked as far as service — hands down," Thompson said. "Not only do they provide training to our guys on any machine, but they will come on site at any hour of the day or night that we need them. That's great because depending on the job, sometimes we never know which hours our crews will need to work."

With Thompson holding a majority stake in B&N Grading, the company has received the status of being both a woman-owned and a minority-owned business, qualifications designated by the states in which the company works.

Leading a highly-successful woman-owned paving and grading company — in a historically male-dominated industry — has made Thompson a bit of a trendsetter and someone to look up to among girls and young women wanting a career in construction. 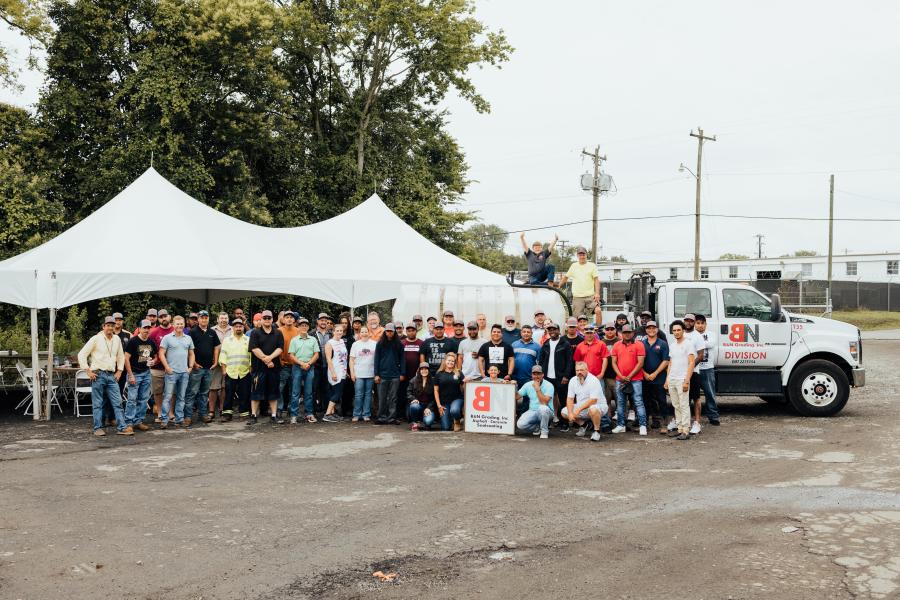 "I would say to them that they can do this type of work if they are willing to put their minds to it," she said. "Yes, it is primarily a man's world, but it is not a closed society by any means. There are many more women in the industry than most people think. It's just that their voice may not be heard as loud. This is hard work, but it is worth the fight."

Thompson noted that there are a lot of different avenues for women that want to work in construction, from sales to working on site. She employs at least five female truck drivers at B&N Grading, she said, with four other women holding key jobs in the office.

But she acknowledged that more gains still need to be made for women in the building trades. For instance, she said B&N Grading "unfortunately does not yet have very many" women operating at its project sites.

Thompson recalled how tough it was for her to earn the respect of the men in the industry when she and Hux first started the company in 2010.

"It was very difficult because not only was I a woman, but I was also very young," she said. "I am still the youngest one in our entire company, so that's why I depend on a lot of other people to learn all I can. I want to know how they made it."