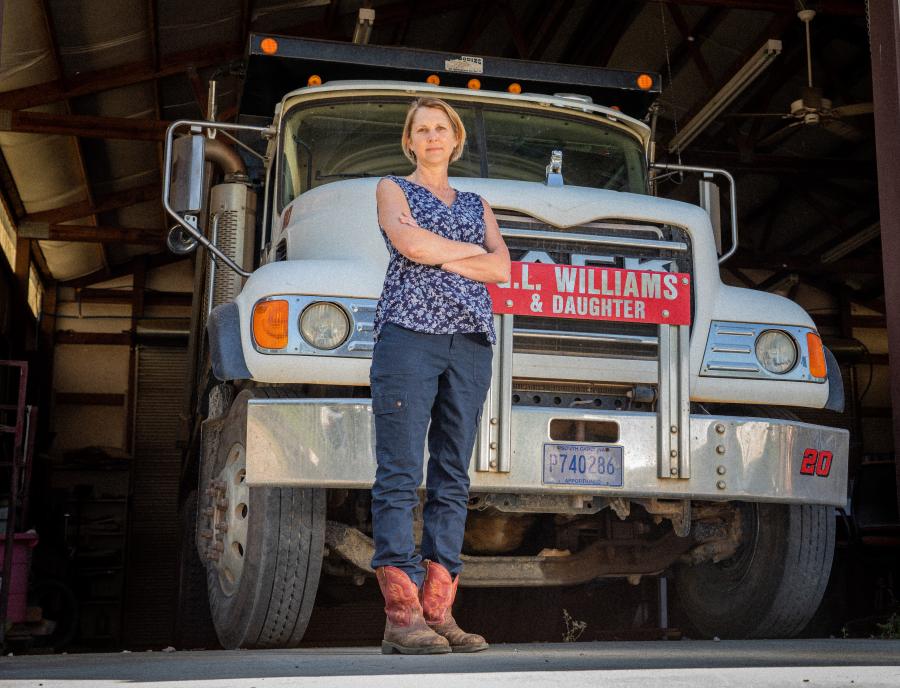 You can make a career out of playing in the dirt. You just have to have a good foundation.

Lisa Wilson spent plenty of time playing in the dirt like many children. While the residue of a spirited childhood playtime fades, some things do not. Wilson's parents taught her the importance of a solid work ethic, and her mother kept her family involved in the church, which gave her a strong foundation of faith.

Wilson's father, G.L. Williams, founded G.L. Williams & Daughter Trucking in 1967 with one dump truck and one loader. Wilson assumed the role of president and owner in 2000. Over the course of nearly twenty years, she's steered the family company to new horizons of growth. 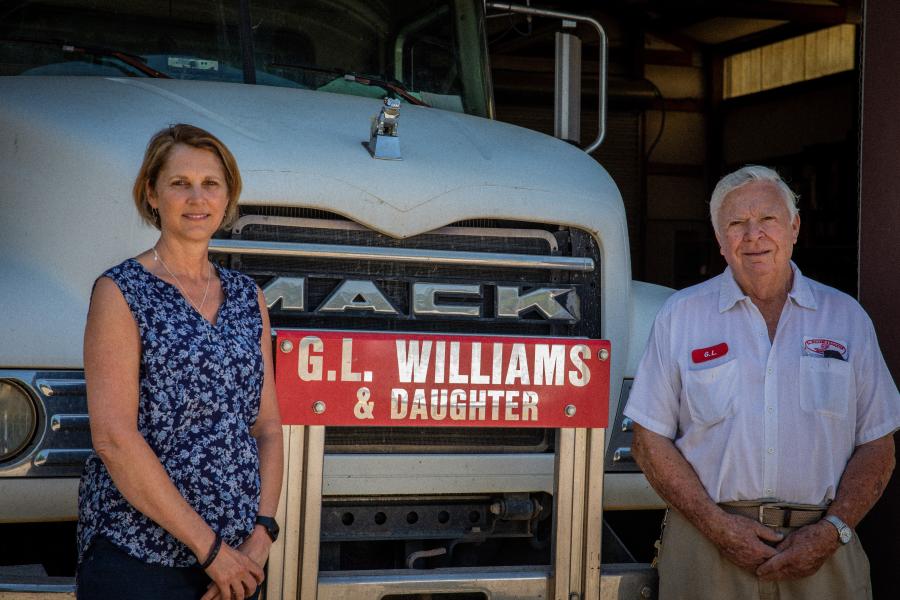 Strong, reliable equipment is needed in the trucking business, and their fleet includes both heavy equipment and 13 Mack Granites. The company has owned other brands over the years but always came back to Mack Trucks. G.L. Williams' trucks are not on the road all the time — they can also be found in yards, fields and mines — therefore, the trucks need a suspension that holds up well.

But engines and spark plugs and debris removal weren't things that Wilson ever envisioned dealing with on a day-to-day basis, as she didn't always consider the family business as a career path for herself.

She worked in a lab for several years in Augusta. When her children were young, she wanted to spend more time with them so her mother suggested she work at the company part-time. She eventually transitioned to full-time and played an integral role in expanding the business and its capabilities.

"I've always been a tomboy," Wilson told CEG. "I grew up in the business driving the trucks and loaders. I would watch my father work and be amazed how you would come to a project and it would be so overgrown, and when he would finish the work, it was a nice cleared lot. It made a difference."

Women in Trucking Are Rare

Wilson admitted that sometimes it can be tough being a woman in a leadership role in the trucking industry.

"Sometimes people don't take you seriously, and I feel like I have to prove myself more," she said. "I want people to do business with me because I feel we do a good job, not because we're a woman-owned business."

Wilson has grown as a leader and one of the main reasons, along with the G.L. Williams & Daughter Trucking's team, is the ongoing support and encouragement of her husband and father.

"You have to have other good people behind you," Wilson stated.

Preconceived notions about women in the trucking industry aren't just limited to day-to-day operations. At a trade show when she talks to vendors, most of the men focus their attention to her husband and ask him questions. "You need to ask her, she's the boss," he typically replies.

At industry-related trade shows and conferences, Wilson is usually one of very few women in attendance. However, this has never deterred her and she has seen more women enter the field over the years.

G.L. Williams & Daughter Trucking is still a small business, but they've grown by expanding their capabilities as evidenced by their full-service trucking services. Wilson credits much of the growth to her team.

"I've got one the best teams," she said. "We work together well and there is a mutual level of respect. We all have each other's back."

When hiring, Wilson looks at previous job history, especially how long they stayed at past employers. She values honesty, dependability, willingness to learn and timeliness.

"Character has a lot to do with it," she said.

As a leader, Wilson cites the importance of seeing potential in employees and investing in them by training and adding responsibilities.

"If you see something in an employee, you nurture that and help them grow because they will help you grow. Each employee is special to me. They are the face of the company. When they are in the trucks or in the field, they are representing my family name. If I look after them, they will do the same for me."

Wilson has an open door policy. She extolls the virtues of the policy as a way for employees to know their input and concerns are valuable.

G.L. Williams & Daughter Trucking is active on various social media platforms, displaying pictures of their work, equipment and employees. One recent Facebook post showcased the foundation of the company — service.

"How can we help you?" the post began. "We have the equipment for almost any project you might need help with. We get dirty so you don't have to."

For Wilson, listening to the customer and deciphering their needs is vital.

"I don't want to go out there and sell someone something that isn't going to fix their problem," she said. "I want to help them. At the end of the day, if I didn't do a good job for that customer, then they aren't going to be happy and aren't going to tell people good things about the company. You have to do a good job so it will follow you." CEG