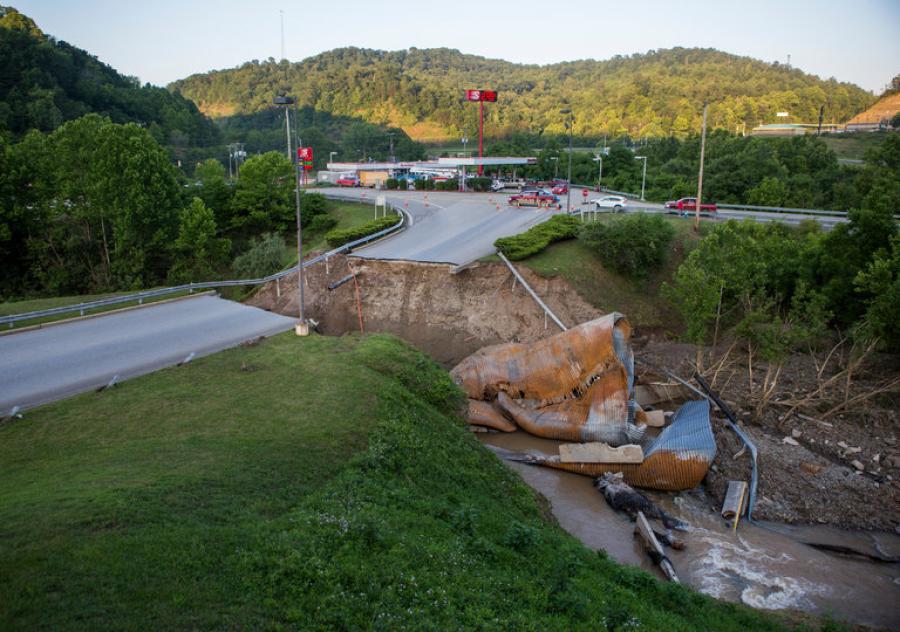 
Construction has begun on a replacement for a flooded-out bridge leading to a mall in Elkview, W.Va.

The Kanawha County Commission said in a news release that construction on the culvert bridge at the Crossings Mall should be completed in about two months.

Tara Retail Group owns the mall and is headed by developer Bill Abruzzino, who filed for bankruptcy in January. A federal bankruptcy judge approved a financing plan for the new bridge, in April.

The mall has been closed since floodwaters knocked out the bridge last June. Dozens of businesses have closed and more than 500 people are out of work. The floods killed 23 people statewide.