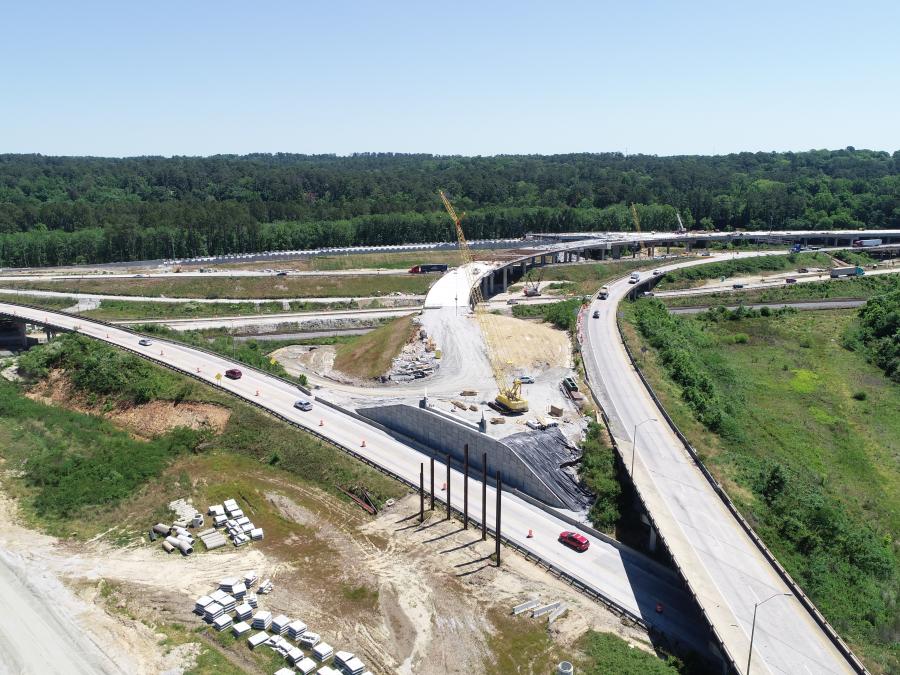 Contractors for the Georgia Department of Transportation (GDOT) are hard at work on the construction activities related to the I-16/I-75 Interchange Improvement Project in Macon-Bibb County.

With a cost of $500 million, GDOT considers the upgrade to the I-16/I-75 interchange to be a top safety and mobility megaproject for the state of Georgia. Its massive scope includes widening and reconstructing the two interstates in Bibb County, as well as the interchange in the City of Macon.

Ground was broken in 2017 on the I-16/I-75 Improvement Project, which is to be delivered in seven design and construction phases that will continue through 2030.

E.R. Snell Contractor Inc., in Snellville, Ga., is responsible for the construction of Phases 1b, 2 and 3 of the interchange improvements under two separate contracts worth $168 million. GDOT also awarded a $63 million contract to Marietta-based C.W. Matthews for the Phase 1 construction.

The I-16/I-75 reconstruction project will improve the safety of the corridor by widening and reconstructing I-75 from Hardeman Avenue to Pierce Avenue, and I-16 from I-75 to Walnut Creek within the City of Macon.

Each of the interstate highways are being improved with the construction of wider shoulders, concrete barriers and, in most locations, additional lanes.

A Collector/ Distributor (CD) road system is being constructed parallel to both I-16 and I-75. Modifications to bridges and surface streets within the project area will accommodate the additional lanes and CD roads along the interstates. These improvements will provide opportunities for turning movements, as well as create additional storage for these turning movements.

GDOT said when the I-16/I-75 Interchange project is complete, new on-and off-ramps, improvements to 11 bridges, new walls and upgraded drainage systems will deliver safer and improved mobility for Macon-Bibb's local commuters and businesses, regional travelers and commercial freight from Georgia's southern coast to destinations within the state and throughout the United States.

The first three phases of the project are currently under way in Macon-Bibb County.

So that construction crews work can work safely this summer and beyond, long-term closures include:

The second full week of July saw work on Phase 2 and Phase 3 from Hardeman Avenue to I-16 eastbound. Included in that construction was:

The first phase of the project is made up of various improvement tasks from the I-16/I-75 split to the Martin Luther King Jr. Boulevard exit. Among them are: