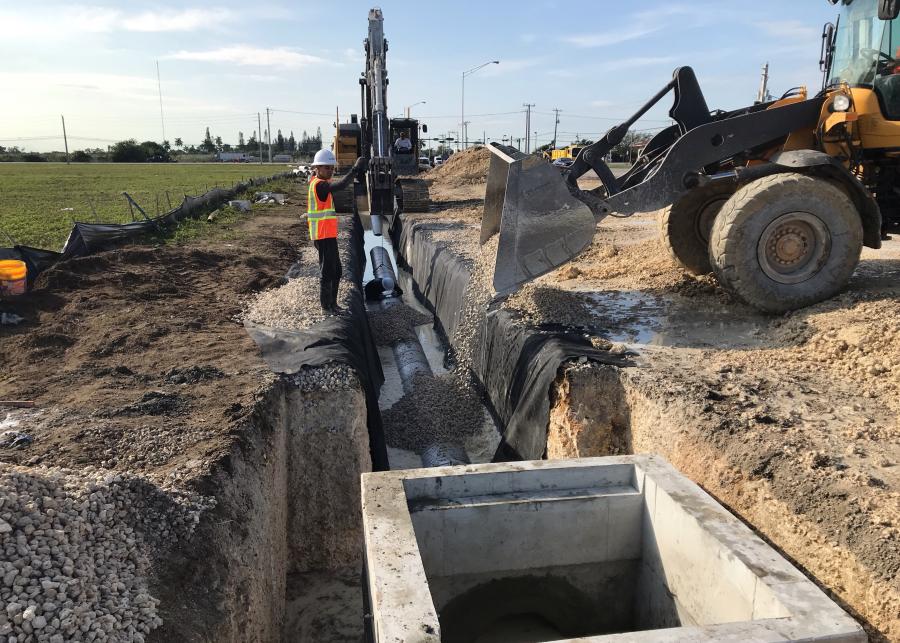 Phase 8 of the Krome Avenue reconstruction and widening program, a Florida Department of Transportation (FDOT) initiative, began in mid-January and is expected to be completed in April 2020, when crews from Halley Engineering Contractors Inc. (HEC) deliver the $37.8 million contract that has them working in western Miami-Dade County. 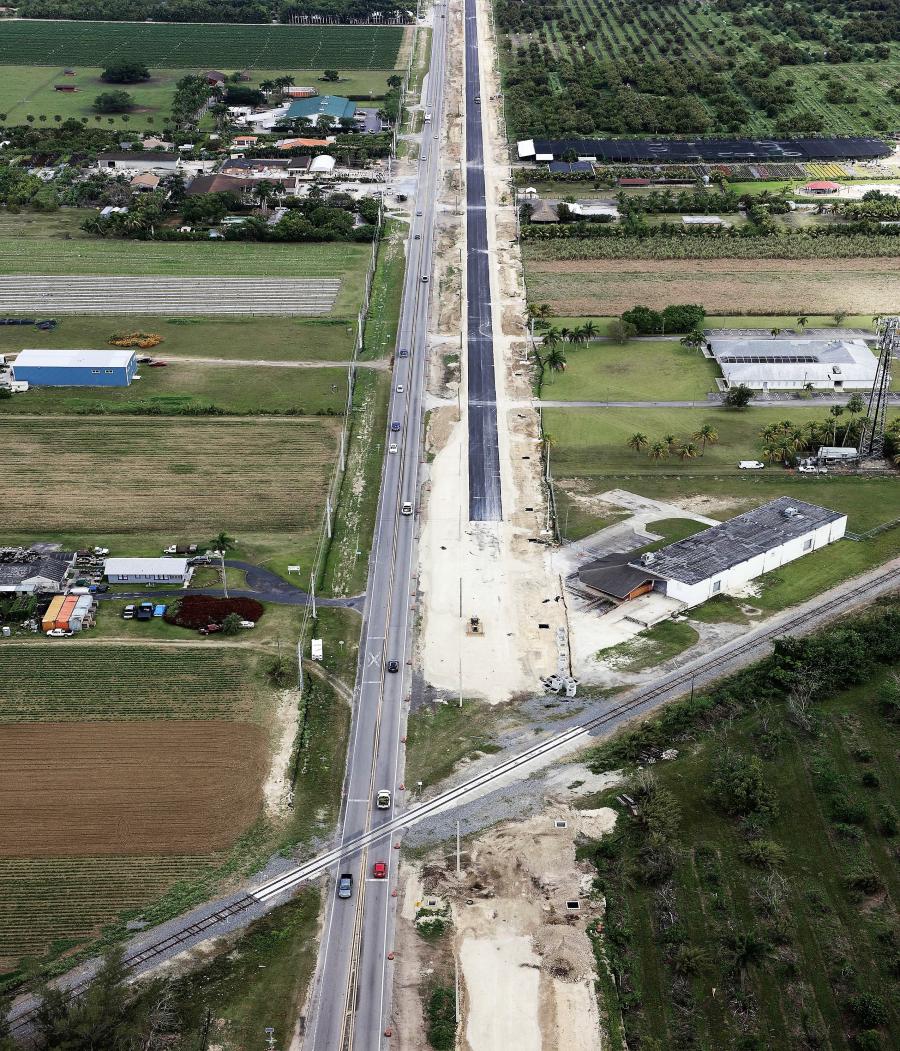 "This is a continuation of the 36-mile corridor improvements," said Heather M. Leslie, FDOT's community outreach specialist for the project. "These projects have been in the works since 1999 and will continue to address safety, flooding, water quality, economic competitiveness and preservation of the existing roadway. Widening the roadway was critical in providing a safer, more efficient commute for drivers in the area. The multi-use path provides a dedicated trail for bicyclists and pedestrians."

The construction is being paid for by state and federal funds.

Prior to construction, this part of Krome Avenue consisted of one northbound and one southbound lane.

The infrastructure was designed by A&P Engineers and Jacobs Engineering. Construction engineering and inspection services are being provided by The Corradino Group.

"Work spans a long corridor and that brings a lot of coordination opportunities," said Corradino Senior Project Engineer Victor Ortiz. "At least six months before the construction started, the team was working with utility companies to remove conflicts from the project area. We were also reviewing and processing shop drawings and informing the community of the upcoming work to make sure the contractor could hit the ground running on day one of the contract."

To complete this project safely — for motorists and construction crews — work zones have been established throughout the corridor next to mainline Krome Avenue to maintain open travel lanes. When needed, travel lanes may be closed between 9 a.m. to 3:30 p.m. weekdays and weekends; 9 p.m. to 5:30 a.m. Sunday through Thursday; and 11 p.m. to 7 a.m. Friday and Saturday. Detours may be used as needed to establish traffic shifts and when rebuilding side streets.

A previous phase affected traffic for more than three years, and FDOT is relying on drivers to continue to be patient, allow for extra time to reach their destinations, obey all posted signs and speed limits, expect increased dust and noise and be aware of workers and equipment in the construction area.

"The success of these projects relies on a strong partnership between the team, contractor and community," Leslie said. 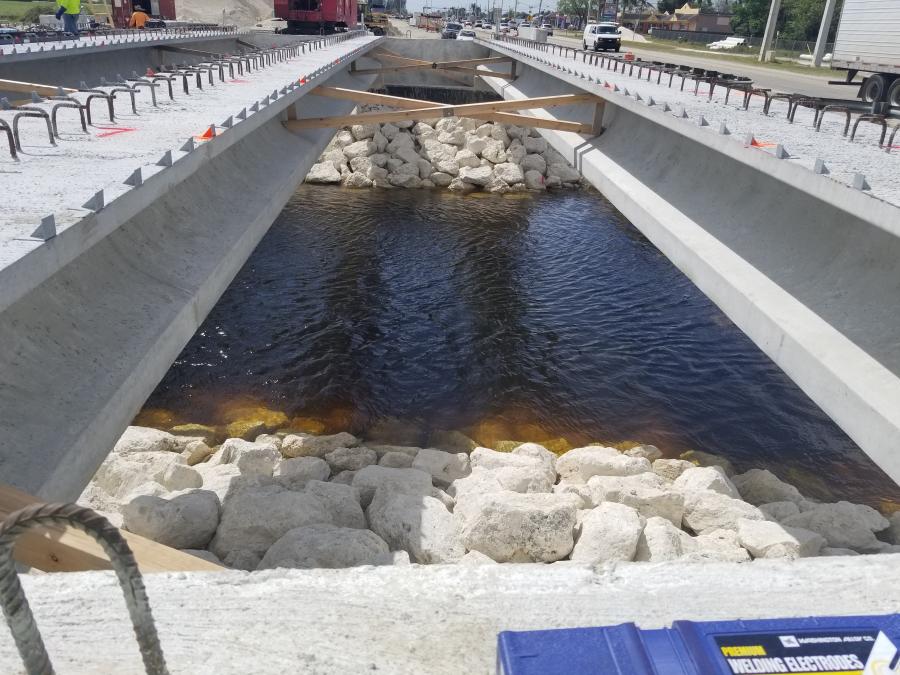 One of two new 69 ft. bridges is constructed over the C-102 Canal. Each bridge will carry traffic in one travel direction. (Florida DOT photo)

Halley Engineering completed most of the drainage work along mainline Krome Avenue in the first phase of work and has nearly completed construction of one of the new bridges over the C-102 Canal. The contractor will soon rebuild the road and side streets, installing drainage, light poles and traffic signals and constructing the multiuse path.

"We established an extremely aggressive schedule to complete this project as quickly as possible," said Michael Halley, HEC's senior vice president. "Collaborating with the FDOT team is critical to resolving issues quickly as every part of the schedule is important to meet our target completion date."

HEC is scheduled to switch traffic into the project's next phase during the spring.

The completed bridges will be 69 ft. long. Each will be two lanes wide, and the widest section of the bridge decks will be approximately 56 ft. Approximately 180 cu. yds. of concrete has been poured for the northbound bridge's substructure, superstructure and approach slab.

"This project includes the construction of two separate bridges — one for each travel direction," Ortiz said. "The first bridge is almost complete and ready for traffic. The existing structure will be torn down and a wider bridge constructed to handle the additional travel lane." 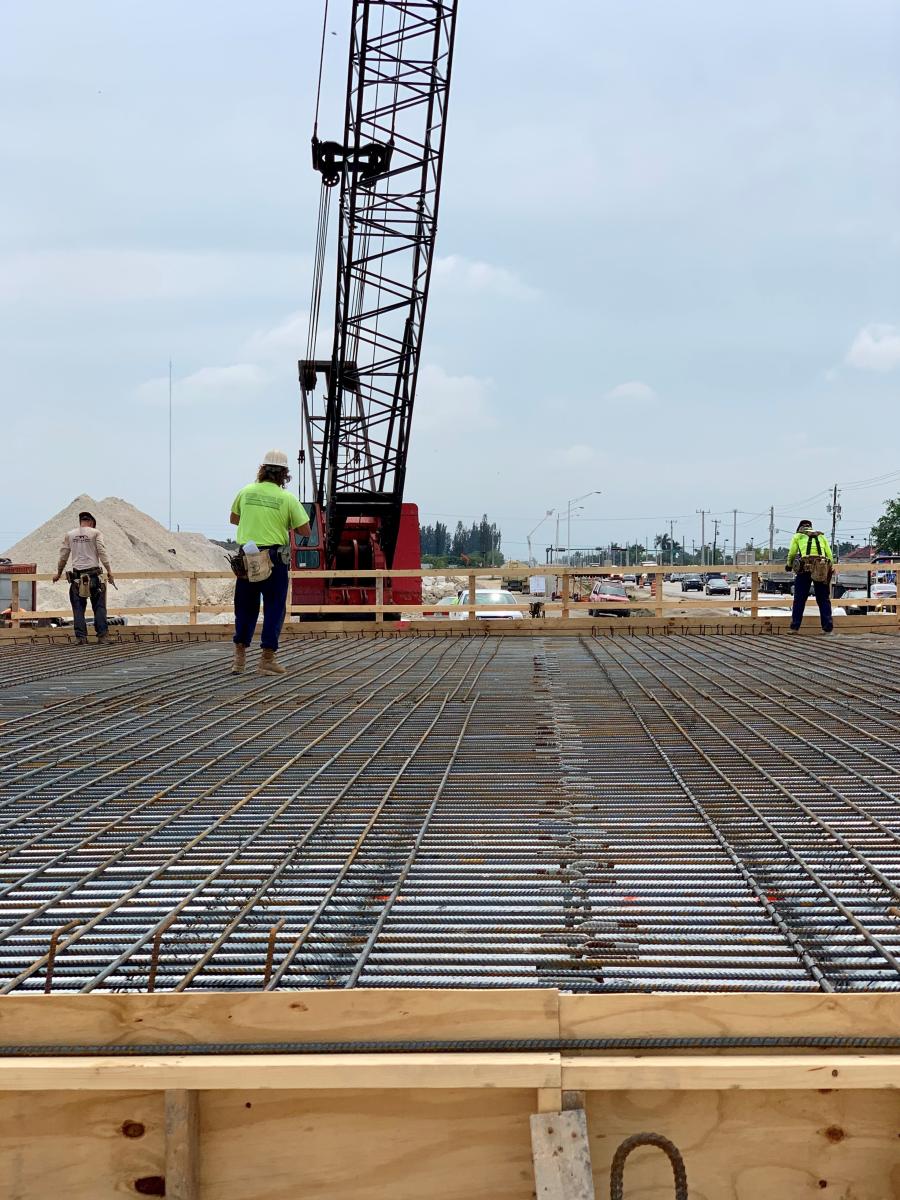 Rebar is placed as work proceeds on the canal bridge. (Florida DOT photo)

Peak days will see approximately 40 to 50 HEC and subcontractor employees on site. The subcontracting firms include Ryan Southern for earthwork and drainage on half of the project; Roadway Construction and American Pipeline for drainage; Arazoza Brothers for landscaping; Bob's Barricades and Acme Barricades for MOT devices; Guaranteed Fence for guardrail and fencing; Maytin Engineering for clearing and grubbing and demolition; Redland Company for limerock finishing; Under Power for lighting and signalization; Road Runner for striping; and Construct Group Corp for bridge construction.

"A lot of thought went into putting our team together," Halley said. "It was important that our subs understand and were on board with the goal of quickly completing a quality project. We are fortunate to have existing relationships with many of the subs and are forging new ones through this project." 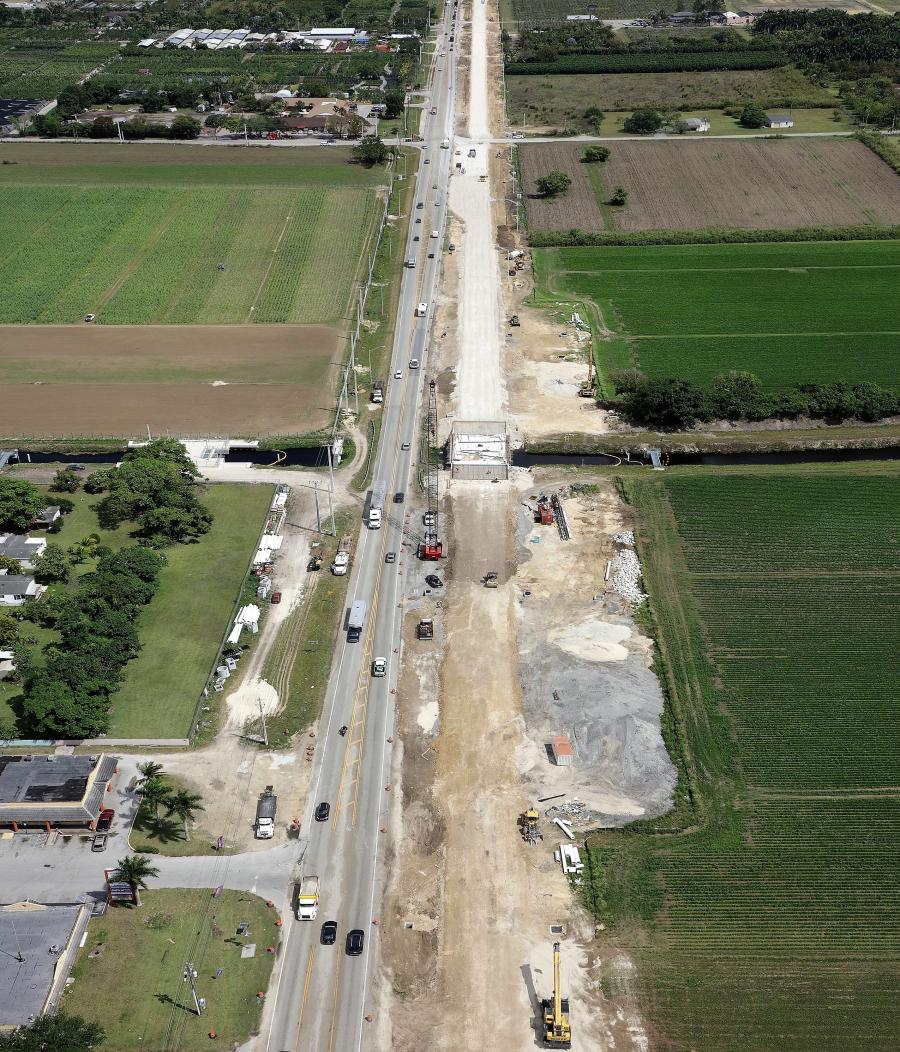 Traffic moved in one lane in each direction beside the work area for the new canal bridge. Ultimately, the existing structure will be torn down and a wider bridge constructed to handle the additional travel lanes. (Florida DOT photo)

"The majority of the issues we have with equipment include blown tires, broken hoses and broken teeth on buckets, which are very minor," said Yaser Sosa, HEC's project manager. "Equipment is checked before and after each use to identify any issues or potential issues. HEC has mechanics that come in and out of the project daily to service equipment to prevent major breakdowns from lack of maintenance. These daily inspections are critical to prevent any delays on such a fast-paced project."

"HEC keeps a close relationship with its equipment dealers," said Halley. "We speak on a weekly basis regarding equipment performance, maintenance and repairs. This constant communication builds trust and allows for issues to be resolved in the most efficient manner."

The next phase of the Krome Avenue enhancements is expected to start in late 2019 and to be completed in mid-2022. The work area will cover Krome Avenue from Southwest 236th Street to Southwest 312th Street. A contractor for this segment will be selected this spring.

"Everyone is coming together and putting in the work," said Jonathan Fundora, FDOT's project manager. "This project brings a safer Krome Avenue to the community, and that is the department's ultimate goal."