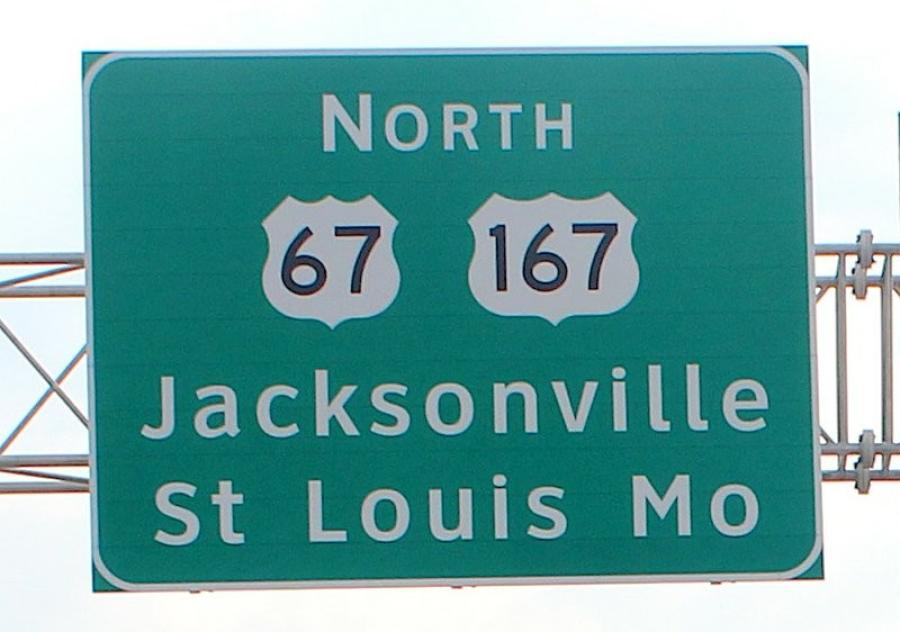 The Arkansas Department of Transportation (ARDOT) has won another competitive grant to help pay for a project to widen two sections of U.S. Highway 67 in Pulaski and Lonoke counties.

The $10 million grant under a U.S. Department of Transportation (US DOT) program is the second the project has received this year. The agency received $40 million in June that will help defray the state's share of the cost of the work, which could reach $160 million.

The ARDOT also received a $4 million grant from the same program to help pay for a railroad overpass as part of a north-south connector from U.S. 278 to the Arkansas 83 Spur in Monticello.

"We're very happy, obviously, about this," Kevin Thornton, the department's assistant chief for administration, told the Arkansas Highway Commission at its meeting Oct. 14.

The projects were part of 70 in 44 states for which the federal transportation agency awarded $1 billion in grants under the Better Utilizing Investments to Leverage Development, a discretionary grants program that targets regionally significant projects.

The US DOT said it employs such discretionary grant programs to "use a rigorous merit-based process to select projects with exceptional benefits, explore ways to deliver projects faster and save on construction costs, and make needed investments in our nation's infrastructure."

The ARDOT made a grant application for a third project — a railroad overpass and realignment of Arkansas 89 in Mayflower, however it was not awarded any money.

But in response to a question from Arkansas Highway Commission member Marie Holder of Little Rock, Thornton said federal transportation officials will hold a debriefing on why the Mayflower work did not merit as much consideration as the other projects.

The U.S. 67 project, though, was apparently a strong one.

The focus of the work will be on a 2.5-mi. section of the highway between Main Street and Vandenberg Boulevard in Jacksonville and a 2.8-mi. section between Arkansas 5 and Arkansas 89 in Cabot.

Jacksonville, with a population of 28,253, and Cabot, population 26,352, are close to Little Rock Air Force Base, a major economic generator in the region. The base is home to the world's largest fleet of Lockheed C-130 Hercules and Super Hercules, a tactical airlift plane.

The project for which the grant was awarded includes building an overpass, converting the frontage roads to one-way operation, and reconstructing two interchanges to make it a modern interstate-quality thoroughfare. Up to 80,000 vehicles travel daily through the corridor.

Other money available for the project includes proceeds from the statewide 0.5 percent sales tax voters approved in 2012 as part of the $1.8 billion Connecting Arkansas Program, which is a state-level program targeting regionally significant construction. It will be the last project to be built under the program.