Workers Injured After Building Collapses at Facebook Office Under Construction 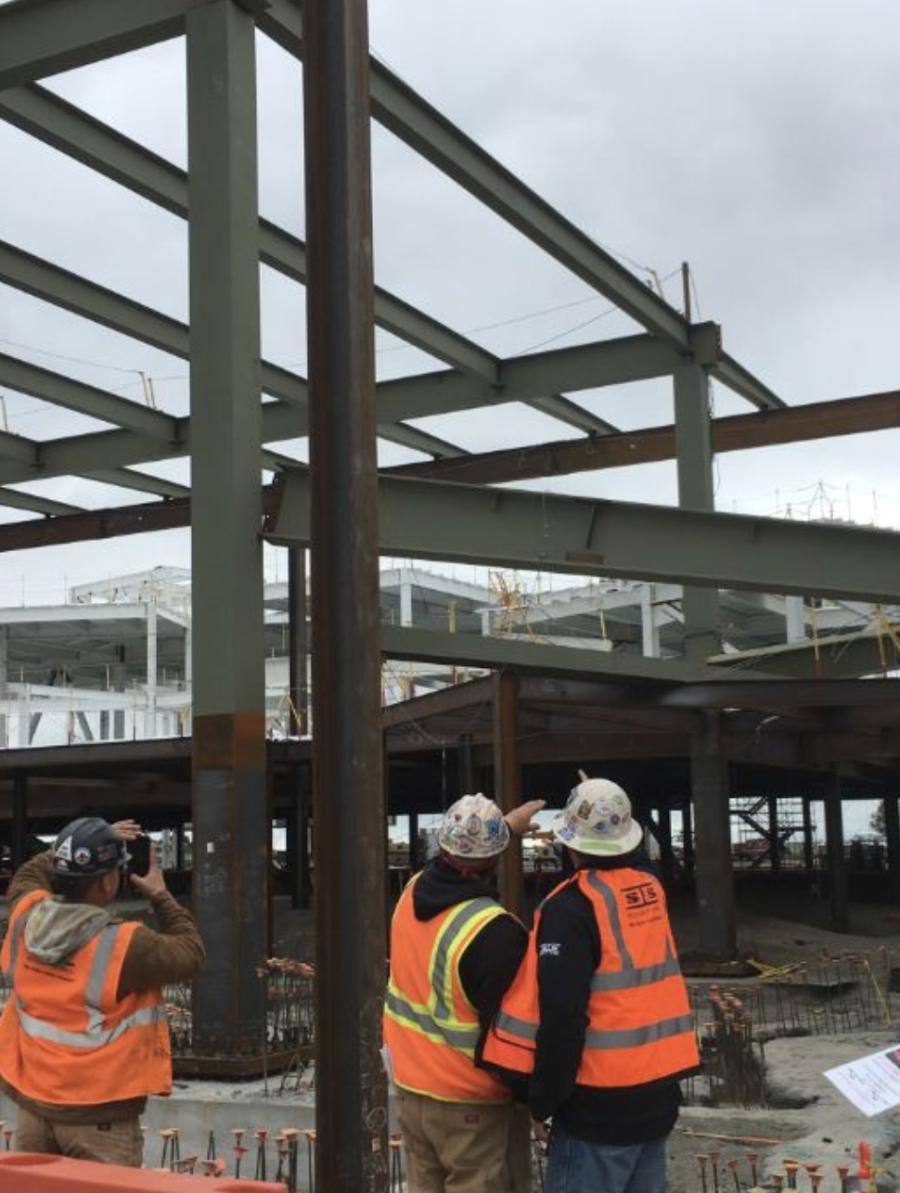 Part of the building under construction in the Menlo Park area collapsed on April 26. (Menlo Park Fire Department)

Two iron workers at the construction site of a new Facebook building in Menlo Park were injured Wednesday after part of the building collapsed, causing them to fall, fire officials said.

According to Menlo Park Fire Protection District officials, at 5:21 p.m. fire crews responded to Facebook's new building 21, which is currently under construction.

At the scene, fire crews were escorted by other construction workers to the two injured men.

According to workers who witnessed the incident, both victims were assembling steel framing about 40 feet above ground when a steel beam they were standing on and attached to dropped about 20 feet.

The beam caught on a lower floor assembly and catapulted the two men toward the ground. Their safety harnesses and rigging broke and stopped their descent before hitting the ground below, fire officials said.

According to fire officials, one victim is in his late 20s and the other is in his early 30s. Both men were conscious after the fall and complained of significant pain to their lower extremities, as well as puncture wounds.

Both men were treated at the scene, then transported to Stanford Hospital and Trauma Center.

In a statement, Menlo Park fire Chief Harold Schapelhouman said, “Fortunately, the iron workers were wearing their safety harnesses and rigging, which probably helped save their lives along with, as we understand it, the fact that the beam they were attached to caught on a lower floor assembly, miraculously insuring their survival.”

A number of steel upright and cross beams were damaged in the collapse, according to fire officials.

The California Division of Occupational Safety and Health will be conducting an investigation of the collapse.