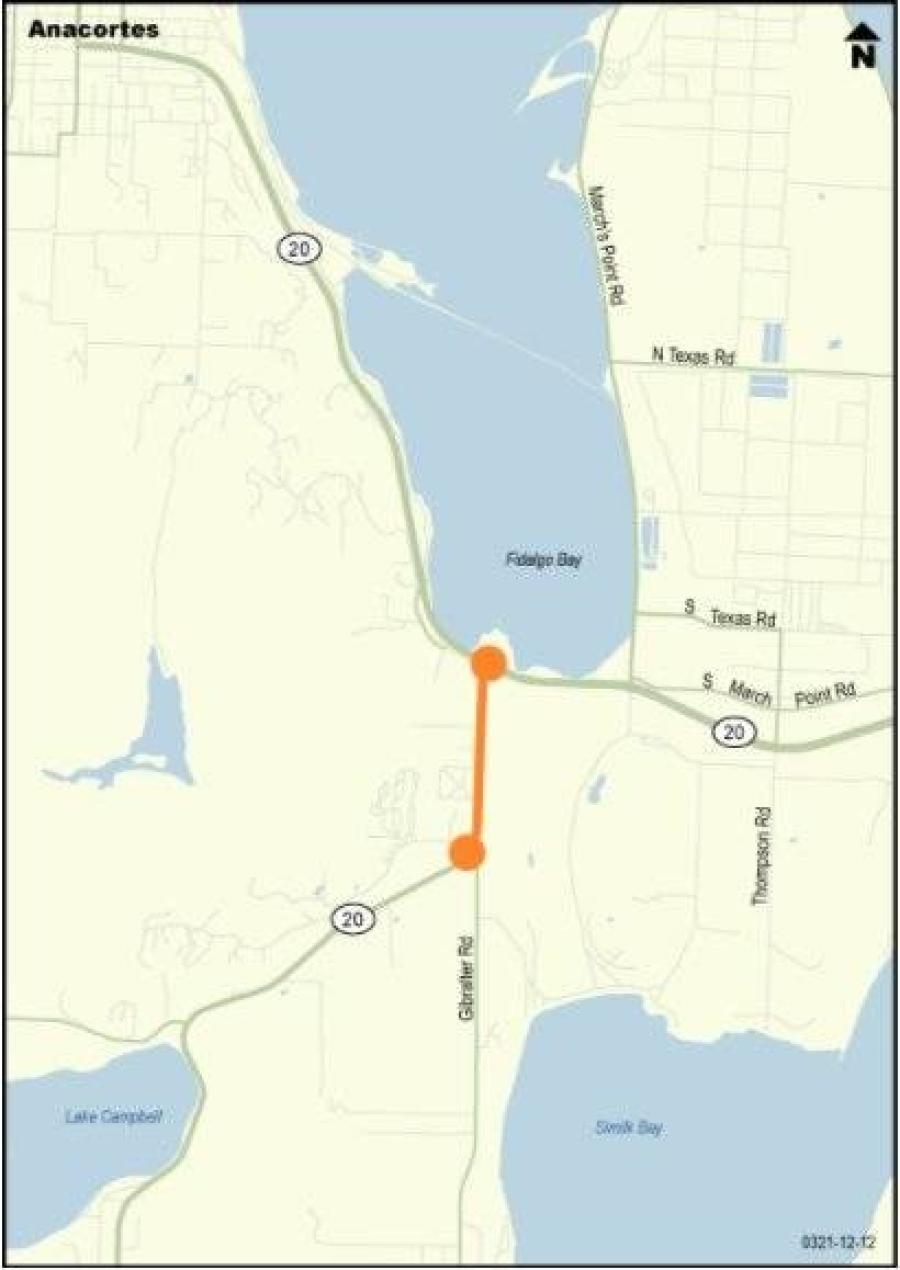 The Washington State Department of Transportation is helping community members learn about the construction timeline for the project at Sharpes Corner in Anacortes.

The Sharpes Corner intersection experiences significant congestion, especially during the busy summer tourist season. Lengthy backups can extend out into 55 mph traffic, which increases the risk of high-speed, rear-end collisions.

WSDOT designed improvements for the SR 20 Sharpes Corner intersection near Anacortes before the project was shut down in 2009 when the funding was cut. Funding for design and construction was approved by the Legislature in July 2015 as part of the Connecting Washington Revenue Package.

Based on the previous analysis and new design work and community involvement, it was determined that a roundabout would be the ideal solution at the busy intersection to improve safety and relieve congestion. The project will also include a roundabout at Miller-Gibralter Road intersection, along with some improvements for pedestrian and bicycle travel along the highway.

SR 20 is the only land access to the city of Oak Harbor, the Whidbey Island Naval Air Station and the rest of Whidbey Island. The SR 20 Spur is the primary access to Anacortes and ferry service to the San Juan Islands and Sidney, B.C. As a result, the intersection of these two roadways has significant regional importance.

On average, more than 30,000 vehicles pass through the Sharpes Corner intersection every day, creating heavy traffic congestion. Backups can be severe and increase the chance of collisions. Traffic turning west toward Whidbey Island often backs up beyond the turn lane, leaving vehicles stopped on the highway, increasing the chance of rear-end collisions.

We've also heard from the public that bike/pedestrian improvements are important. WSDOT plans to make upgrades for non-motorized traffic as well.

Improving this intersection and the surrounding area will improve traffic flow and will help reduce the frequency and severity of collisions.