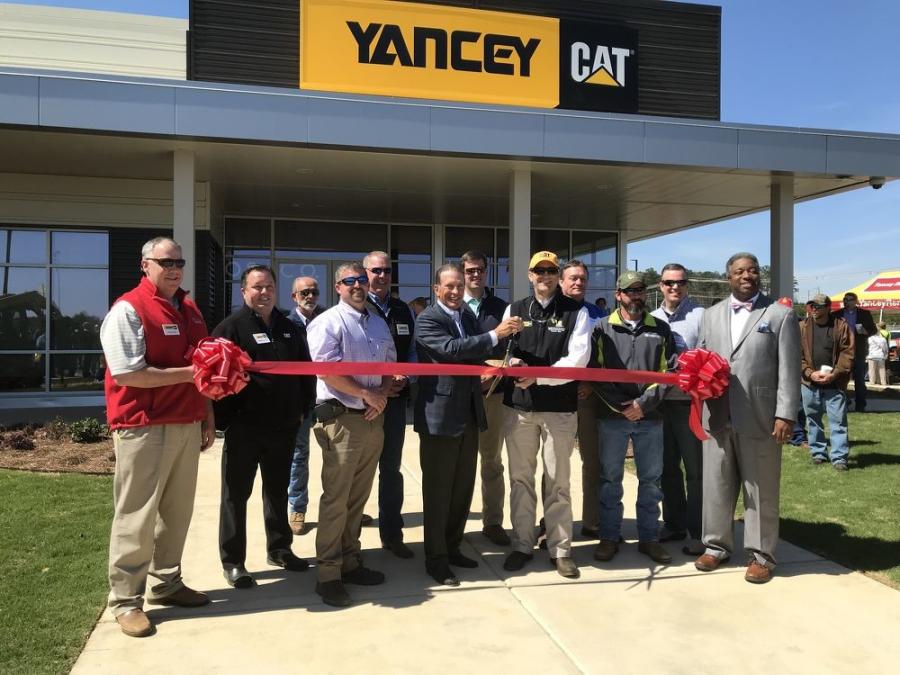 The official ribbon-cutting took place with Jim Stephenson, Yancey Bros. Co., chairman and CEO, and Trey Googe, Yancey Bros. Co. president and COO, wielding the big scissors in the middle of this group and flanked by local dignitaries and key Yancey management members.

Yancey Bros. Co. hosted more than 750 of its customers and friends to the brand-new Macon, Ga., facility for a grand opening and ribbon cutting event on Friday, March 9th. In addition to some uplifting speeches from ownership and local dignitaries, this huge event featured a catered low country boil, facility tours, live entertainment and lots of equipment displays.

Company representatives stated that other than the Yancey 100th anniversary event in Austell, Ga., a few years ago, this was probably one of the largest turnouts of customers ever hosted at a Yancey event. It also was mentioned that there were “a ton of giveaways,” including hats, cozies, gun cases, t-shirts, $500 parts/service credits and a grand prize of a Cat RP3600 portable generator and more.