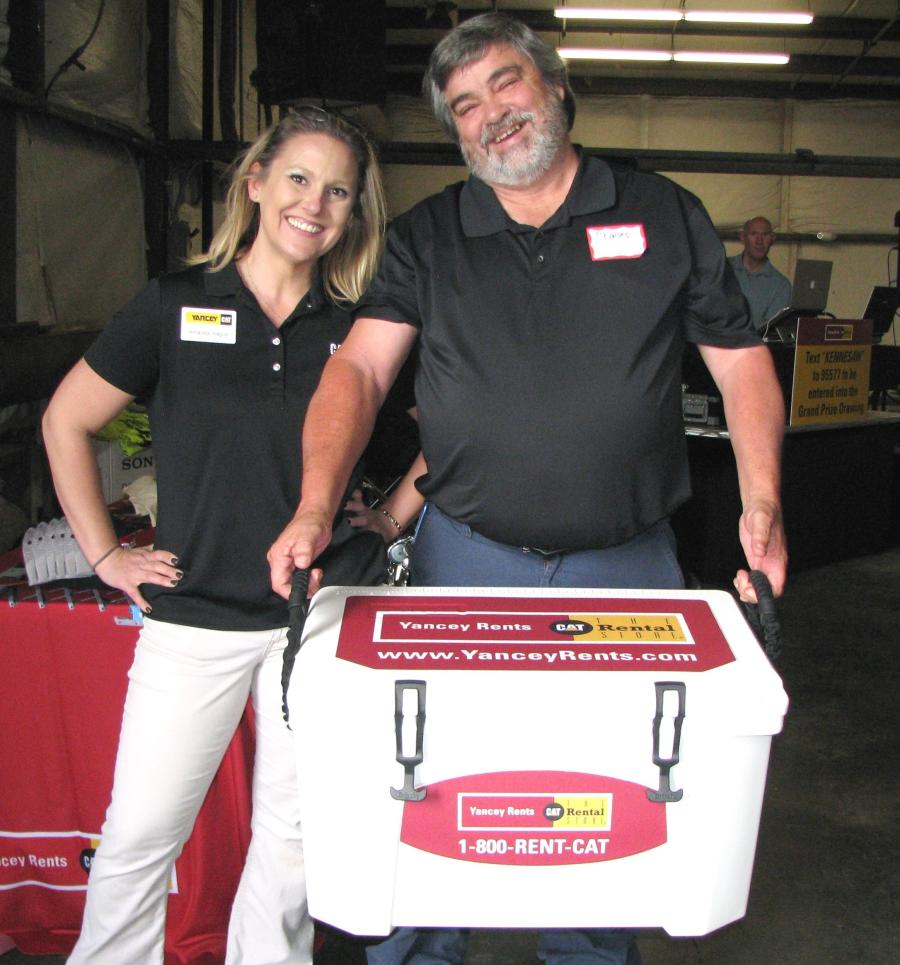 Yancey Bros. Co. hosted more than 200 attendees at its open house event, which officially kicked off the grand opening of its newest Yancey Rents CAT Rental Store on Nov. 3 in Kennesaw, Ga. Representatives from Yancey and from Cat, as well as suppliers of rental machines from Makita, Wacker Neuson, Husqvarna, Vermeer, Genie, Allen Engineering and others came out to support the event.

One of the # 31 Ryan Newman, Caterpillar sponsored NASCAR Sprint Cup race cars thundered in as it was off-loaded from the trailer by Tony Hill, Richard Childress Racing representative, based in Welcome, N.C.

Guests at the event made it a point to register for prizes including a pair of SONY Bravia 55 in. TVs, several Grizzly coolers and an assortment of other fabulous prizes. As always, plenty of great food hot off the grill was provided, while Ron Mundy local emcee and the self-proclaimed “ambassador of fun” entertained and played some great tunes.