Yoder & Frey held its inaugural auction at the company's new headquarters facility, located at 2384 Grant Road, North Baltimore, Ohio. The auction featured almost 500 lots up for bid and included consignments from Michigan Paving & Materials, Pennsy Supply and the Shelly Company, as well as other area contractors and equipment companies. The auction drew a crowd of enthusiastic bidders to see the new facility and review the lineup of dozers, excavators, loaders, paving equipment, telehandlers trucks and miscellaneous machines and equipment, while also attracting active online bidding.

According to Yoder & Frey President Peter Clark, "The new headquarters and Ohio auction site is strategically located south of Toledo, Ohio, just off I-75, visible from the highway and is within an easy seven hour drive from Syracuse, N.Y., to the east, Nashville to the south and St. Louis, Mo., to the west. The new facility is also within 3 miles, of the CSX Intermodal Northwest Ohio terminal, a main East/West coast rail link offering convenient equipment transport for our clients. The facility includes a registration and office building, a separate three bay service building, and paved parking and equipment yard situated on 20 acres to allow for future development and growth."

Established in 1964, Yoder & Frey played a key role in establishing Kissimmee, Fla., as the destination every February for buyers from around the world to purchase equipment at auction. Yoder & Frey merged with U.K-based Euro Auctions in 2017, greatly expanding the company's access to equipment and buyers from around the world, gaining the mantle of "The Local Global Auctioneers."

The company plans to hold four to six auctions at its Ohio headquarters each year. The next auction at the facility is scheduled for Sept. 19.

Prior to relocating its headquarters from Holland, Ohio, Yoder & Frey had established its Ohio Auction yard in Ashland, Ohio, conducting several auctions annually at the site. Although the new home for Yoder & Frey's Ohio Auctions will be at the new headquarters, the company still has ties to its Ashland location as the home of Barford, the U.K.-based construction machinery and agricultural equipment manufacturer. 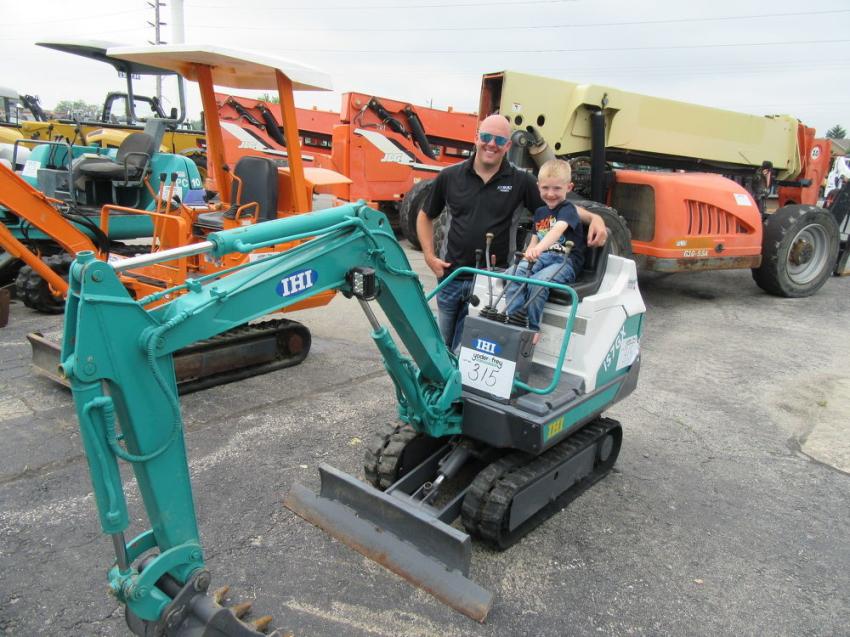 Joe Corron, owner of Joe Built Homes, found this IHI mini-excavator was just the size for his son, Peyton. 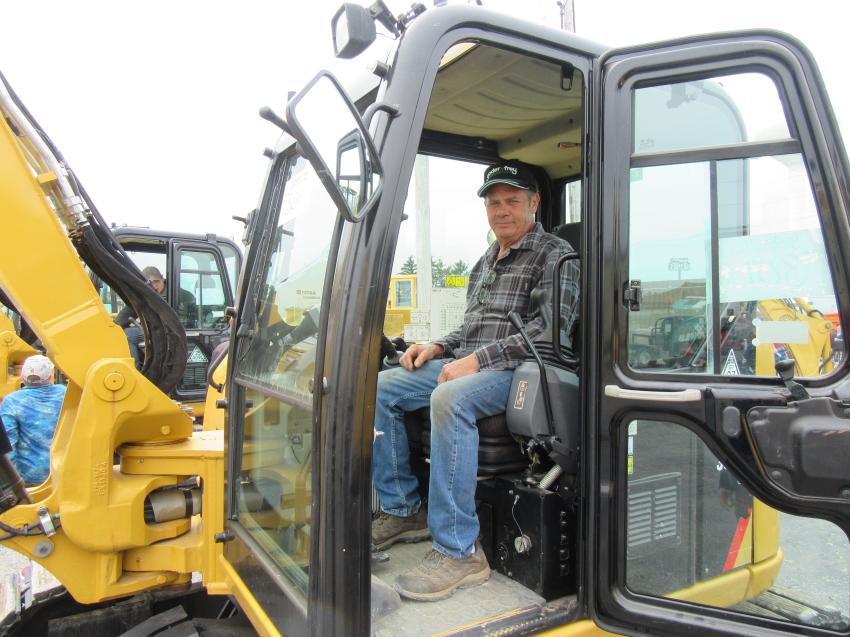 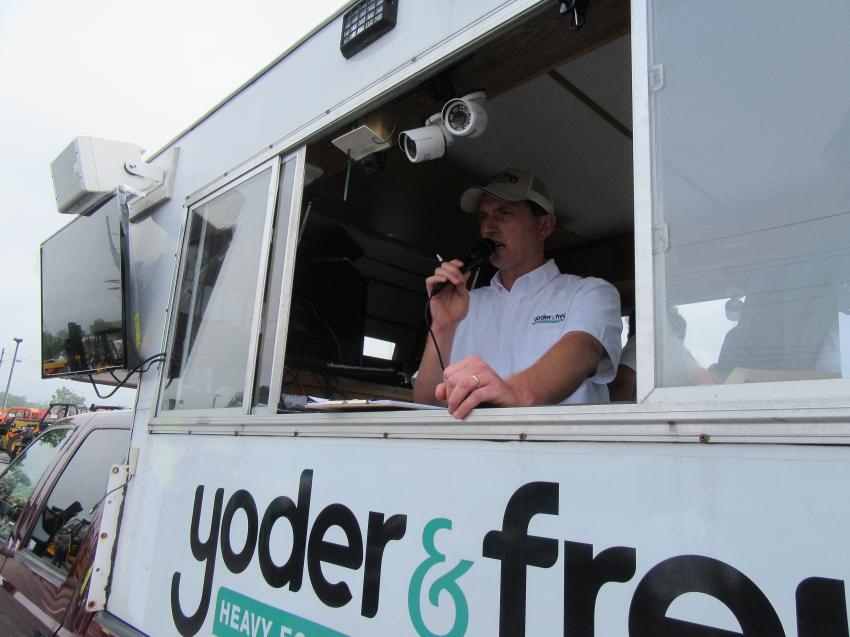 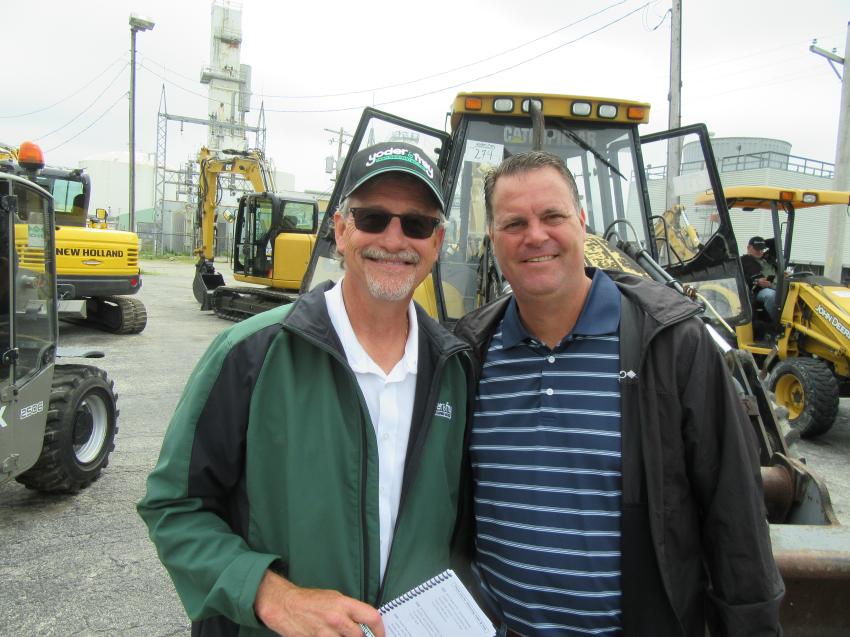 Yoder & Frey’s Trent Shaftner catches up with Jeff Freeman of the Shelly Company. 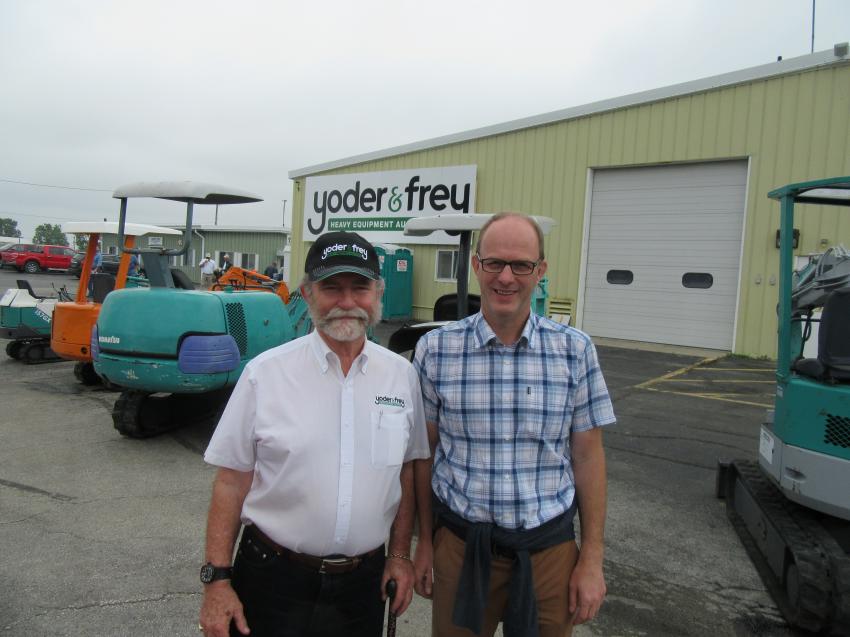 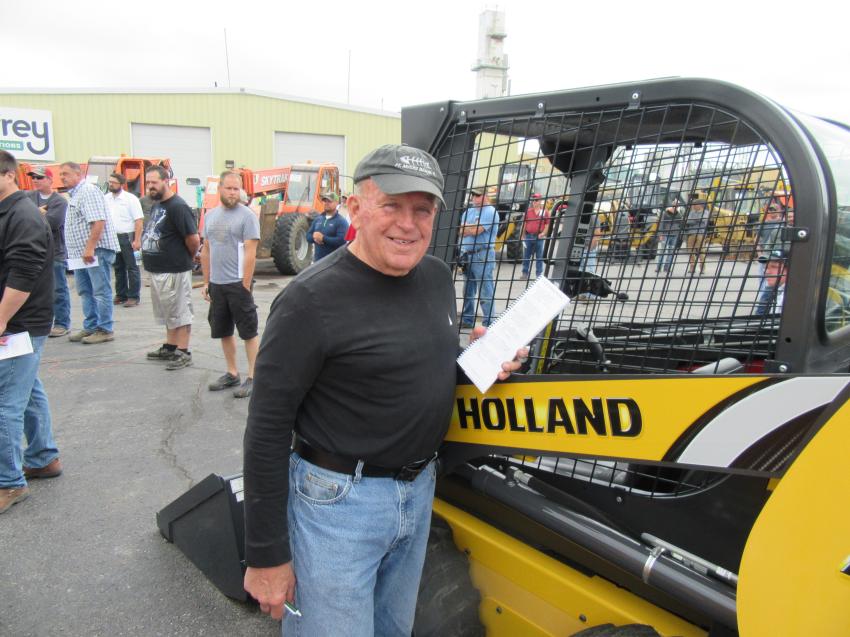 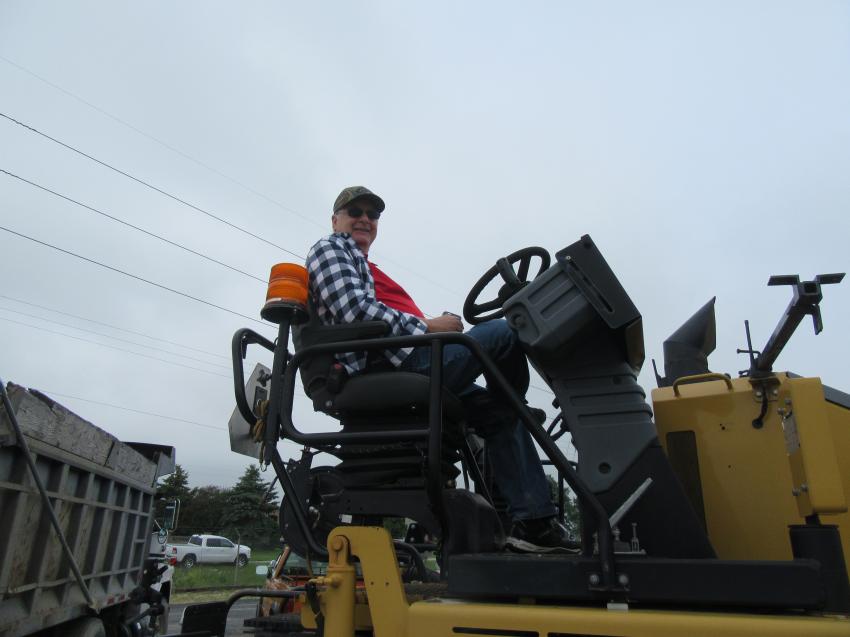 Mike Rueve of Rueve Farms, watches the auction from atop this Cat AP1055E asphalt paver while waiting to bid on a track hoe. 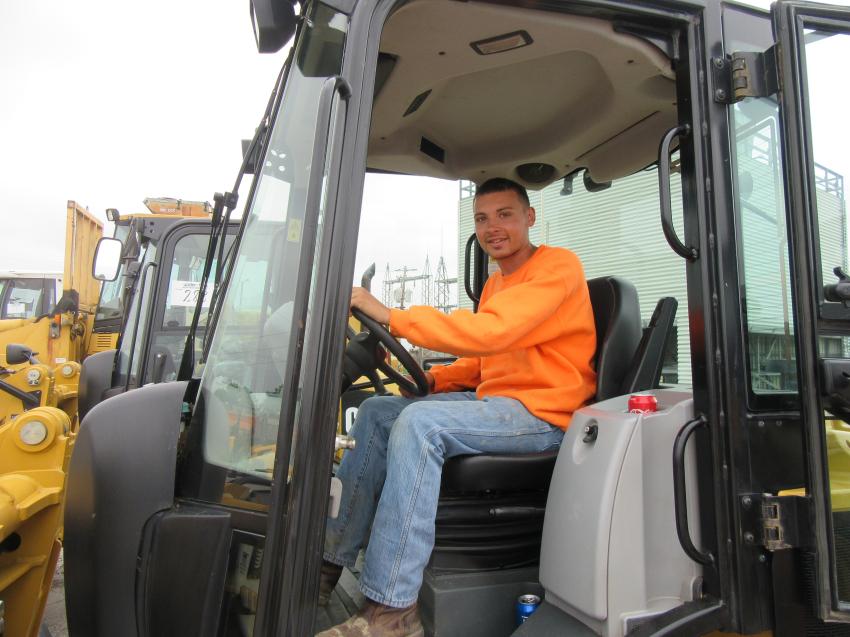