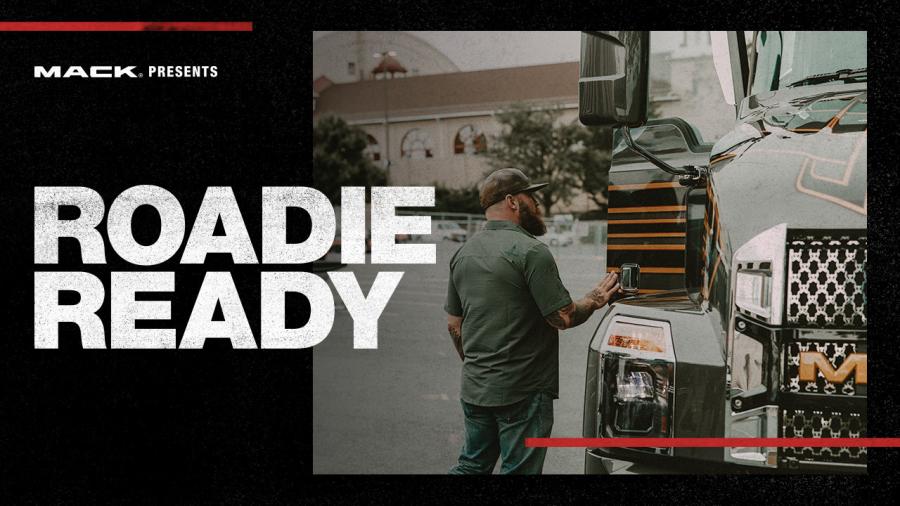 “We've got some of the best craftsmen I've ever seen here at ZB Customs,” said Zac Brown, founder of Zac Brown Band and ZB Customs. “I'm so proud of the team we have and this project is a great example of what we can build when we combine everyone's efforts and creative input together.”

Undertaking a project the size of the Mack Anthem was unlike anything ZB Customs had tackled to date.

“It's probably the biggest actual vehicle we ever had in the shop,” said ZB Customs' Dustin “Dunebuggy” Smith. “We're all kind of getting up close and personal with each other.”

The ZB Customs team designed a one-of-a-kind paint job for the Anthem, as well as a unique new grille insert that provides an eye-catching backdrop for the bold Mack wordmark. The team also adhered to the old “chrome will get you home” philosophy by adding polished chrome fenders, a unique chrome taillight surround, a set of polished custom wheels and other brightwork.

One of the more unique features on the truck is the flooring in the cab.

“We're using the materials that had been left over from our Nashville studios,” said ZB Customs' Pete Walker. “The same wood that they processed for that will be in the footboard of this truck.”

Once finished, the Anthem was immediately put into service hauling Zac Brown Band merchandise for the “Down the Rabbit Hole Live” tour across the United States and Canada. Father-daughter team Scott and Rose Hanson have coordinated the sales of the merchandise together for the past four years.

“Having a friend to work with on the road is awesome. Having your best friend and your daughter on your team is just amazing,” said Scott Hanson “Everyday I'm so grateful to have her as part of the team.”

For more information about Mack, www.macktrucks.com.