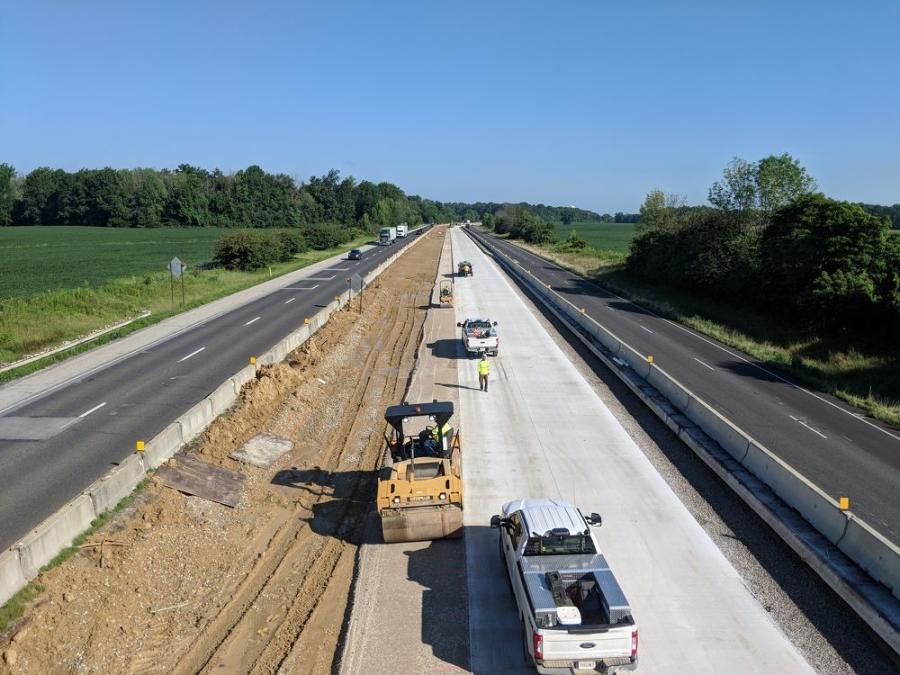 The Indiana Department of Transportation (INDOT) is overseeing a $143 million project that will increase mobility throughout a section of the I-65 corridor. Between U.S. Highway 50 and S.R. 58 at Walesboro, work is ongoing to completely reconstruct and reconfigure I-65 as a six-lane concrete roadway. Twenty-seven bridges are being reworked along the entire project site, from mile marker 50.0 to mile marker 67.0.

"An increase in freight traffic is anticipated along this section of I-65 in the future, between U.S. 50 and S.R. 58," said INDOT media relations director Natalie Garrett. "The reconstruction and added travel lanes project will add capacity and increase safety for all travelers, both commercial and non, between Seymour and Columbus. In 2018, this stretch of I-65 saw approximately 30,000 to 40,000 vehicles per day on average. 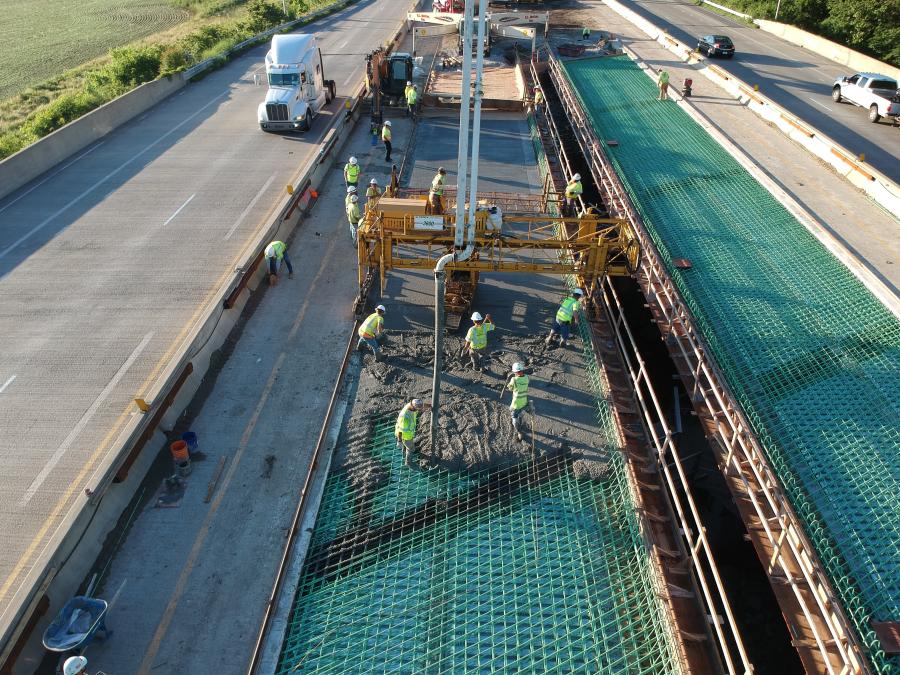 The construction will reportedly allow motorists to reach their destinations in a quicker and safer manner. Garrett said both state and federal funds are being used on the project, which is having a direct impact on drivers in the area.

Garrett noted that a variety of safety measures are in place to keep both motorists and crews working on the job site safe.

According to INDOT construction director, Gary Kreutzjans, now is the right time to perform the work.

"The existing pavement on this section of I-65 was placed in 2003, and is in need of rehabilitation. As part of the 2003 resurface project, the northbound bridges along I-65 were widened toward the median to allow for expansion in the future. The already-widened bridges and need for work on the existing pavement made the current reconstruction and added travel lanes project a more cost-effective solution. In addition to accommodating increasing traffic volumes, the project will reset the service life for a large portion of the I-65 corridor."

The project is being procured as a design-build best-value contract, a type of public-private partnership involving a contractor and consultant working together with INDOT on the design and construction of a project. Bids/proposals are scored and awarded based on priorities set for a given project, which may include cost and/or time savings or innovation in construction or maintenance of traffic. 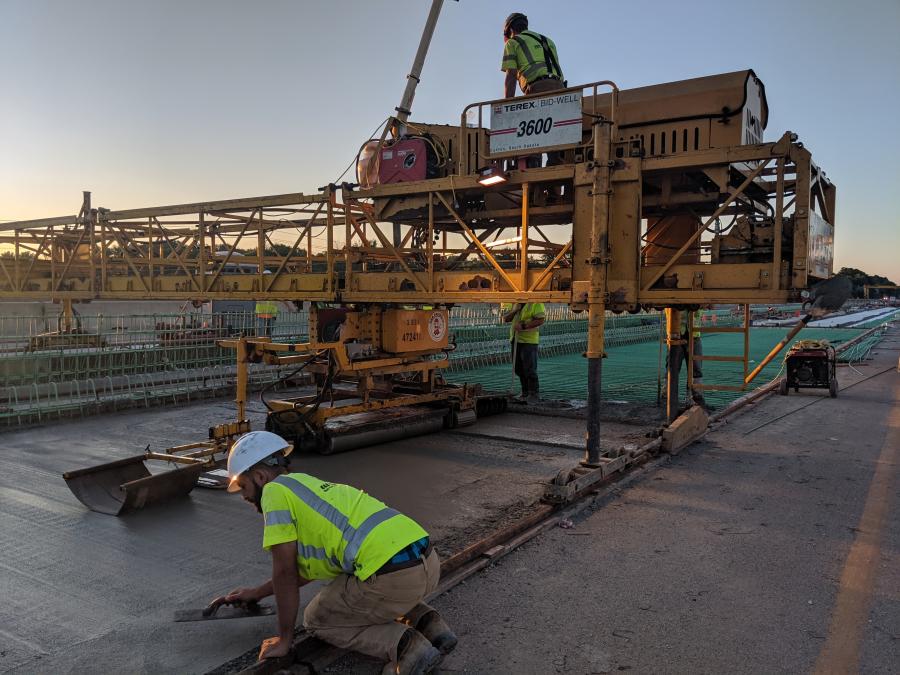 A rainy summer, especially in June 2019, made it more challenging for crews to carry out tasks; however, a milder winter will allow prime contractor E&B Paving Inc. to complete more work during the chillier months.

"Winter shutdown began in late November," said E&B Paving Inc. project manager Brandon Hardin. "Some work is still taking place on the project throughout the winter months as weather permits. Crews will be completing tree clearing, pipe and drainage work and bridge approaches during this time."

To date, 8 mi. of the project have been completely reconstructed.

Specifically, two of the four sections of the 14-mi. project are complete (8.2 mi. total). A 3.6-mi. section still has one remaining phase (the existing northbound reconstruction) and a 2.4-mi. area of work has all remaining phases left. The 2.4-mi. section also features six sets of twin bridges, of which, median widening is nearly complete. Concrete paving across the entire project is approximately 80 percent complete.

Numerous pieces of heavy equipment are being used on the project.

"Our paving crew uses GOMACO pavers and belt placers," said Hardin. "Our grade and drain crews primarily use a combination of Caterpillar and Komatsu excavators."

E&B Paving rented some of its equipment from MacAllister Machinery.

For bridge operations, concrete and steel rebar are needed to reconstruct the existing structures. Cement, geotextiles and aggregate are needed to prepare the subgrade and subbase before paving. Additionally, precast pipes, inlets and headwalls are required for constructing drainage structures. 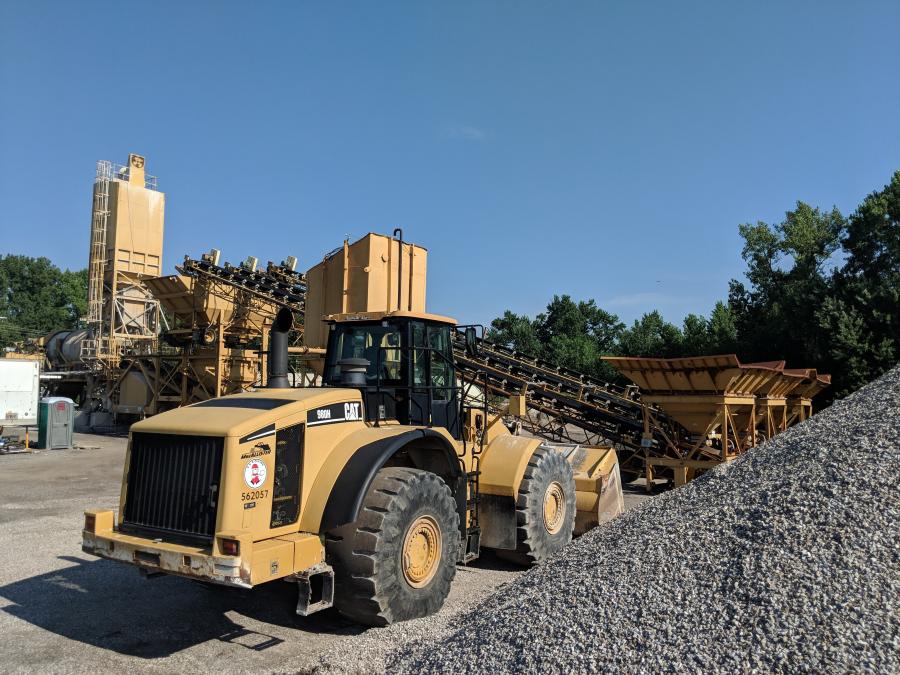 For paving, a portable concrete plant was relocated near the center of the job site, reducing concrete haul distances. Sand, aggregates, fly ash and cement are used to achieve the appropriate mix design and dowel baskets are placed as part of the 15-ft. construction joints. A 3.6-mi. segment of interstate north of the project was milled and resurfaced, utilizing a SMA (stone matrix asphalt) mix.

A total of 180,000 tons of asphalt and 120,000 cu. yds. of concrete have been removed as part of existing pavement removal. Between dirt used as fill material and dirt hauled away from the site, an estimated 160,000 cu. yds. of dirt have been moved, so far.

Because the project is divided into four sections, each with its own independent phasing, crews can minimize downtime. This approach also allows access for bridge construction.

"In each section, the first phase to complete is the northbound median and added travel lane," said Hardin. "The second phase reconstructs the existing southbound lanes and the added travel lane. Finally, the last phase includes reconstruction of the existing northbound lanes. Completion of each phase in each section is considered a significant milestone."

Hardin stressed that the number-one priority is safety.

"This is always a major concern on such a large project, especially considering that two lanes of traffic must be maintained at all times during construction. This required an extensive maintenance of traffic plan, making sure that not only the motoring public is safe when traveling through the site, but also that our crews are always behind some kind of positive protection against traffic. Lane markings, barrier wall and guardrail have been maintained and positioned appropriately to be sure both drivers and crews got home to their families safely each day."

Regarding surface paving operations, "Concrete pavement across the entire project is 12 inches thick for both mainline and shoulder paving," said Hardin. "The pavement sits on a three-inch aggregate drainage layer placed over a geotextile moisture barrier. Construction joints are placed in the pavement every 15 feet. The subgrade underneath is 14 inches of cement-treated soil." 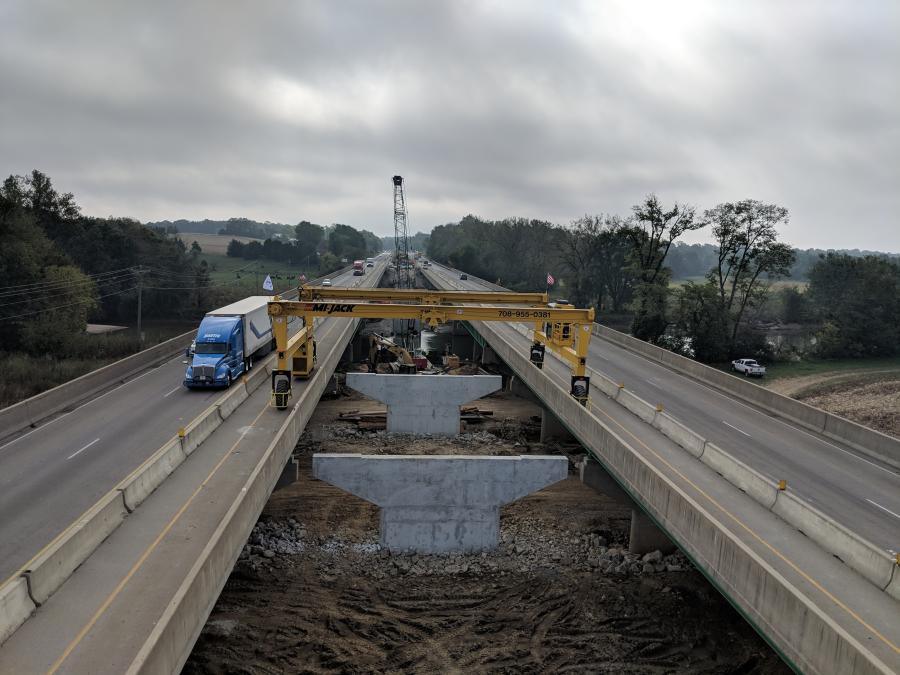 As for obstacles, Hardin said weather has definitely had a major impact on the project.

"Over the last two years, an unusually high amount of rainfall has hit the Seymour area, slowing our work down significantly. The number one way to get through this problem is to be flexible. We look for ways to improve or tighten-up our schedule at every opportunity. By being open to modifying original work breakdown and phasing plans, we can make sure every crew is using their time as efficiently as possible."

He added, "While concrete paving is a very detail-oriented operation, the most time-consuming tasks actually take place while preparing to pave. Existing pavement must be milled or broken up before removal. Once removal is complete, the existing ground below must be graded to match the proposed design. Hauling away broken concrete and excess dirt takes a lot of additional manpower, equipment and time, and much of our resources go toward improving the efficiency of these tasks."

Work commenced in spring 2018, and is expected to be completed by late summer 2020. CEG