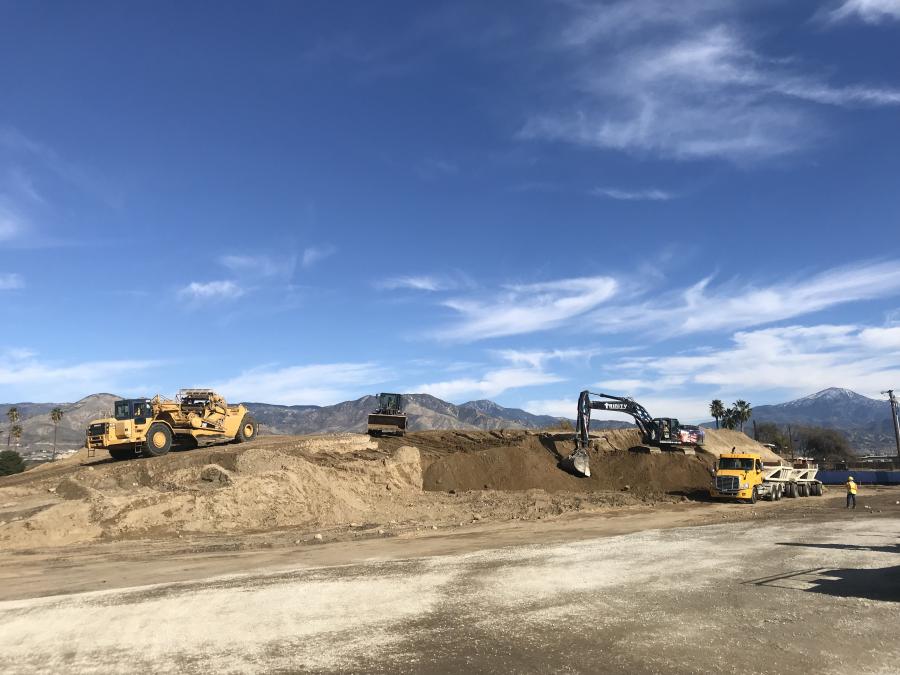 The East Valley Water District selected Balfour Beatty/Arcadis as the design-build partner to lead the design and construction of the SNRC at a cost of approximately $147.5 million.

Highland, Calif.'s water problem has brought about the Sterling Natural Resource Center (SNRC), a state-of-the-art facility designed to bring a new source of water to the region.

The East Valley Water District selected Balfour Beatty/Arcadis as the design-build partner to lead the design and construction of the SNRC at a cost of approximately $147.5 million.

The region has long dealt with drought issues. Upon completion of the SNRC, the area will have a sustainable new water supply, which will boost the region's water independence. 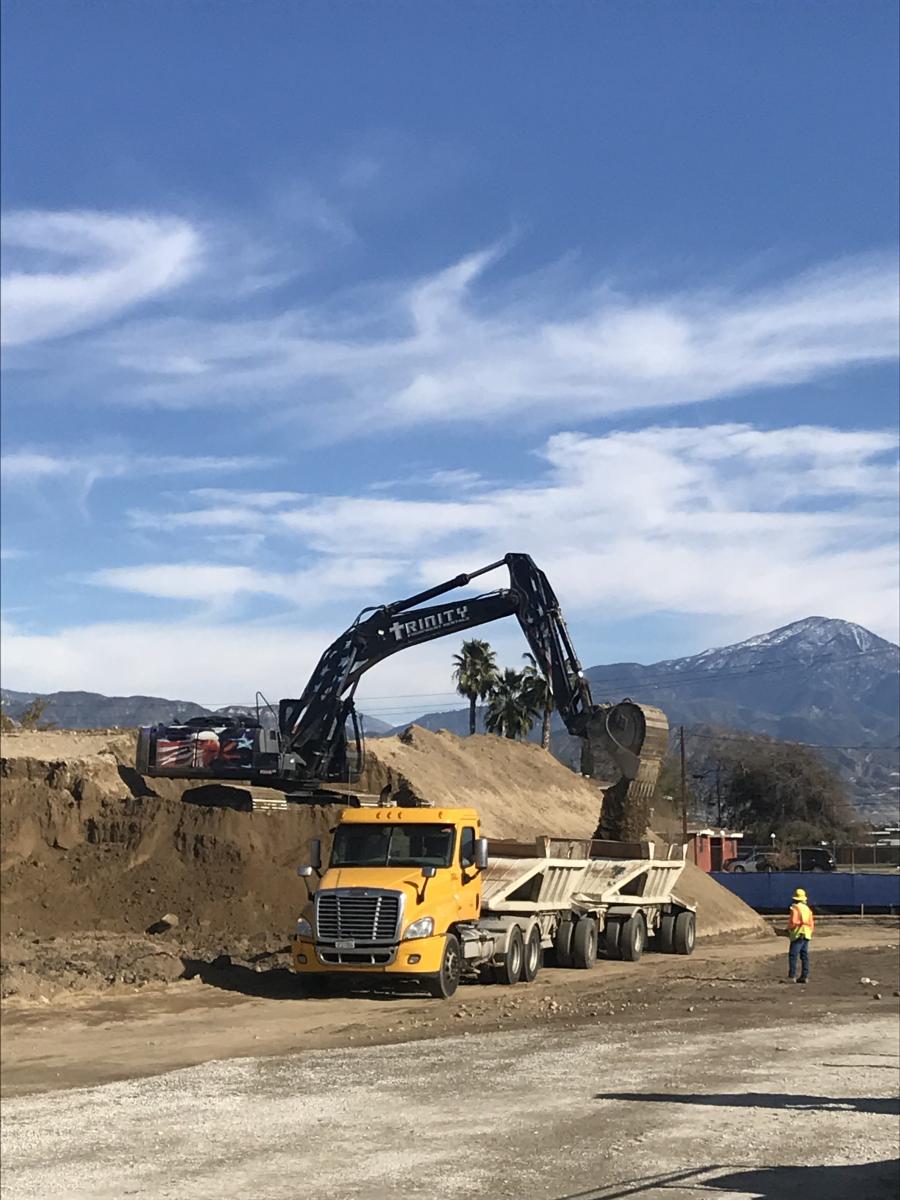 The SNRC will transform and enhance the region's water supply, creating a new, local source of water for the community and region. The Bunker Hill Basin will be replenished with recycled water, equipping the region with the capacity to store hundreds of millions of gallons of water for dry years.

"I think it's a great opportunity for us to deal with a progressive-thinking water district that's looking out for the future of its constituents," said Layne Arthur, Balfour Beatty vice president. "This happens to be a progressive design-build, which means the design and construction costs are developed together toward a target guaranteed maximum price.

"You're selected based on your qualities — the quality of the company. In the industry it's known as quality-based selection, QBS, and combined with a pricing mechanism, but understanding that with design-build there's never a defined scope until you finish the design. And the design-build team is selected long ahead of the design getting very far along. It's innovative of the district to embrace a delivery method of that sort. They're a great client."

Funding for the SNRC project has been provided through a combination of Proposition 1 — the Water Quality, Supply and Infrastructure Improvement Act of 2014 and the Clean Water State Revolving Fund through an agreement with the State Water Resources Control Board. California's Clean Water State Revolving Fund is capitalized through a variety of funding sources, including grants from the United States Environmental Protection Agency and state bond proceeds.

The facility will be built in Highland on a 14-acre tract located at North Del Rosa Drive between East 5th Street and East 6th Street. The SNRC will be located on the eastern property while the Administration Center will be located on the western parcel. The collection/conveyance pipelines will be constructed along the existing rights of way. 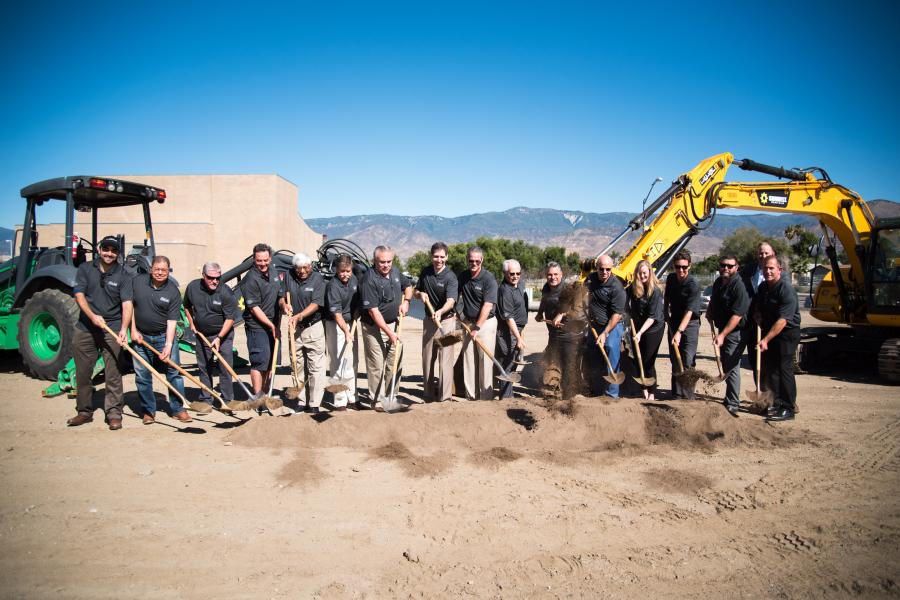 Sunbelt Equipment Rental is providing rented equipment for the project, including but not limited to: excavators, scrapers, loaders, dozers, crane, forklifts, backhoes etc. Some site clearing has been completed since the ceremonial Oct. 20, 2018 groundbreaking. Approximately 150,000 cu. yds. of dirt will be moved on site during the job, which has a target completion by end of 2021.

At peak periods of the construction, approximately 100 workers will be at work.

There are two parts to the project and they're divided by a street. One parcel will have the process plant where all the piping comes in. A sewer line will direct the water into the plant where it will get processed. Water nearly as clean as potable water will then be piped to a dry bed that is a basin for the area, and charges the aquifer.

On the other side of the street is a parcel that will house an administration building for the process plant, as well as space for the community to learn more about water technologies and incorporate some holding ponds for some of the treated water. In addition to holding the water, they will look like ponds and serve as the setting for a park area that will be located across the street from one of the newest high schools in the area.

"This project is such a big project and has such an impact across the boundaries beyond water and sewer that it really forced us and enabled us to reach out to the school district, reach out to the police departments and fire departments in the cities and find out what challenges they're facing and hopefully try to address as many of those challenges as possible under the project, or at least partner with them to where we are sharing," said John Mura, general manager/CEO East Valley Water District. "Because at the end of the day, we're all serving the same constituency. I don't think there are going to be any delays because there is such a large amount of support and just involvement from so many different entities that there's a lot of momentum behind it." 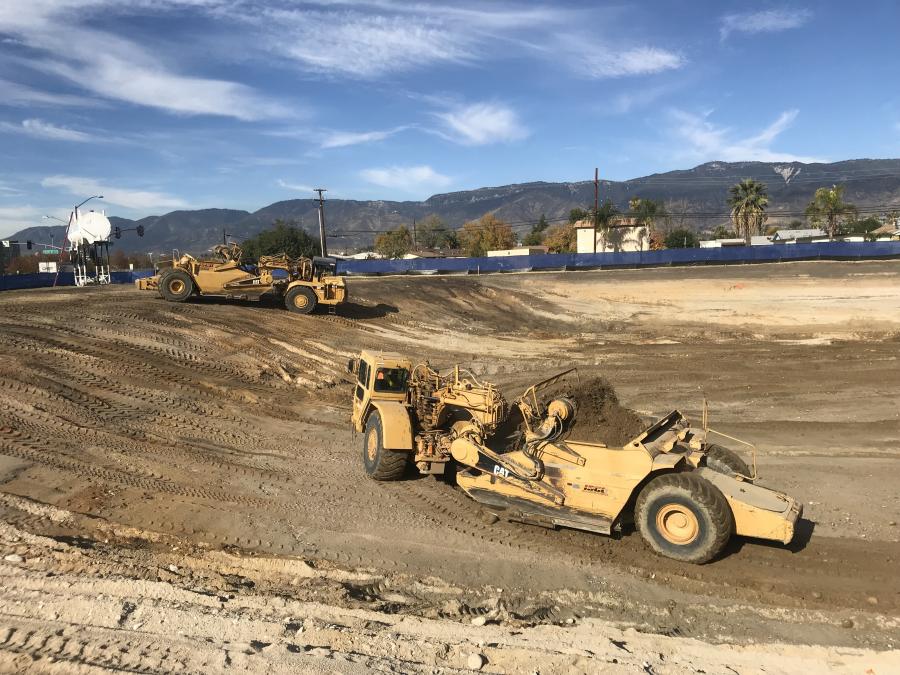 "Not only for the district, but for the surrounding community as well," Tymkiw said. "We are taking wastewater and we are conveying it to a new state-of-the-art treatment plant that's going to process the wastewater into a water quality that would be permitted for discharge into the locale, so the district could help in replenishing the groundwater in the area."

Subcontractors include Helix Electric and Shook Metal Structures. Approximately 30 trade contractors will be involved for the offsite piping, the two buildings, and the site improvements. CEG