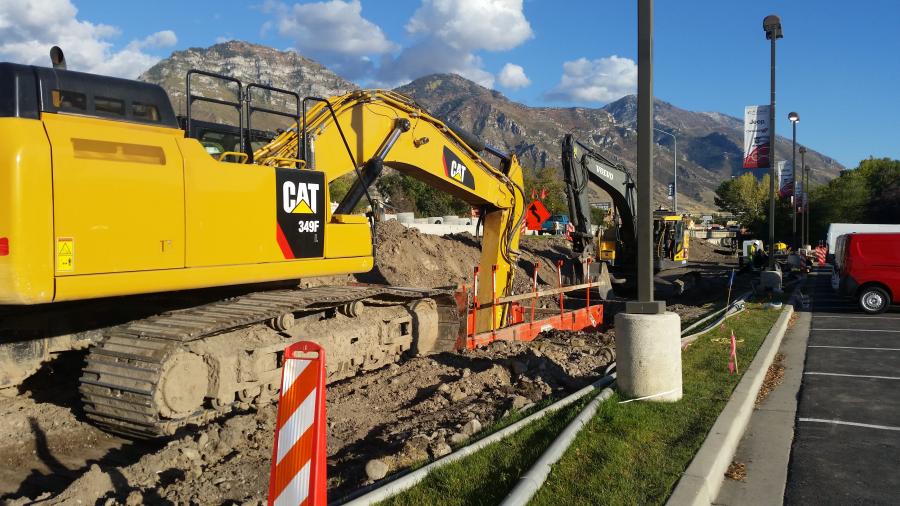 A $210M bus rapid transit system project is rolling along in the growing Utah cities of Provo and Orem. The Utah Transit Authority (UTA) and the Utah Department of Transportation (UDOT) developed plans for the Provo-Orem bus rapid transit to address transit as well as roadway infrastructure needs.

The system will be known as Utah Valley Express and is described by UTA as "light rail on rubber tires."

Work on the Utah Valley Express line began in June 2018 and was originally scheduled for completion in spring 2019. However, buses began rolling nine months early in August in order to support the transit needs of Utah Valley University and Brigham Young University. Amenities such as electronic real-time signage, dedicated bus lanes and traffic signal priority will roll out as construction continues, making the system more efficient. 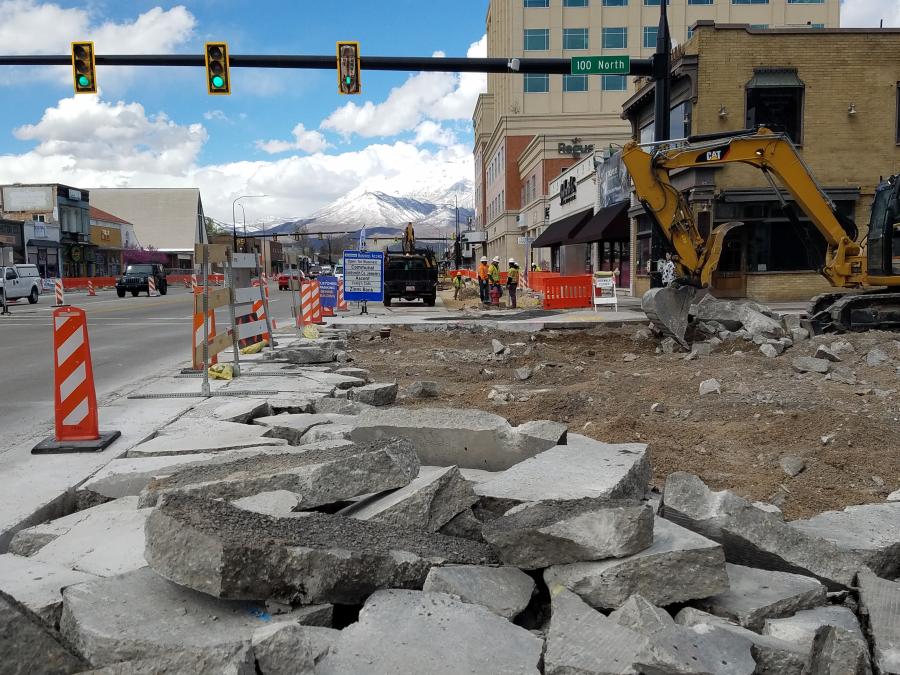 Although the project is moving along faster than expected, it hasn't been without its problems. The price tag of the project rose substantially because of increased construction and real estate costs. Project officials dealt with the problem by cutting the scope of the work and by utilizing local funding to cover the increases.

Extra-long buses will have use of bus-only lanes with signal prioritization for about half their 10.5-mi. route. Crews widened the roadway on University Parkway, 700 North and University Avenue.

The buses will be powered by a clean diesel hybrid fuel.

Funding for the bus rapid transit system comes from various sources. About $75 million of the cost will come from the Federal Transit Administration.

Some of the funding was contributed by the Utah Department of Transportation for road widening that was done in conjunction with UTA's bus project.

A local match of $75 million will come from transit taxes already being paid and collected in Utah County. Taxes or a sale of bonds could cover remaining costs. 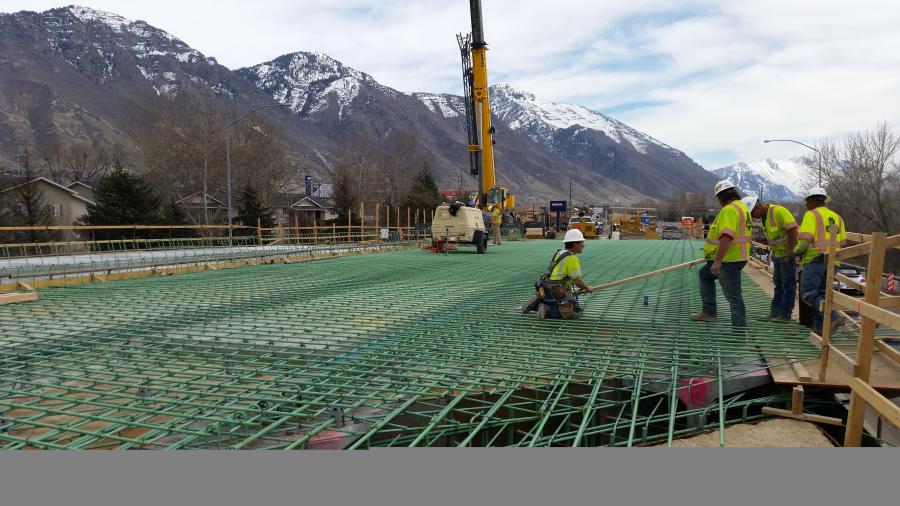 The new bus system will carry about 13,000 riders a day and traverse the planned route in about 38 minutes. At its capacity, the transit system is expected to take about 5,000 cars off the roadways.

UTA and UDOT determined that use of buses for rapid transit is the most cost-effective solution. The cost of building a bus rapid transit route is about a third of the cost of light rail because of rail's high cost of infrastructure.

Andy Neff, Utah Valley Express public involvement manager, said a rapid transit system had been needed for some time in Provo and Orem.

"With the booming economy and population projected to double in Utah County by 2040, more transportation options are needed," he said.

The bus route runs from Orem Central Station in the north to East Bay South in the south.

The buses will run along University Parkway in Orem and Provo, 900 East in Provo and University Avenue in Provo. They will run on lanes used by regular traffic and lanes reserved for buses only. To keep travelers moving, 18 buses will be running along the route at the same time.

A total of 25 buses are being built by New Flyer of America Inc. with a capacity of 80 people in each. The company is based in St. Cloud, Minn.

Construction along the bus route required fairly heavy use of asphalt and concrete. Over the course of the project, crews will apply 105,000 tons of asphalt and 12,000 cu. yds. of concrete. 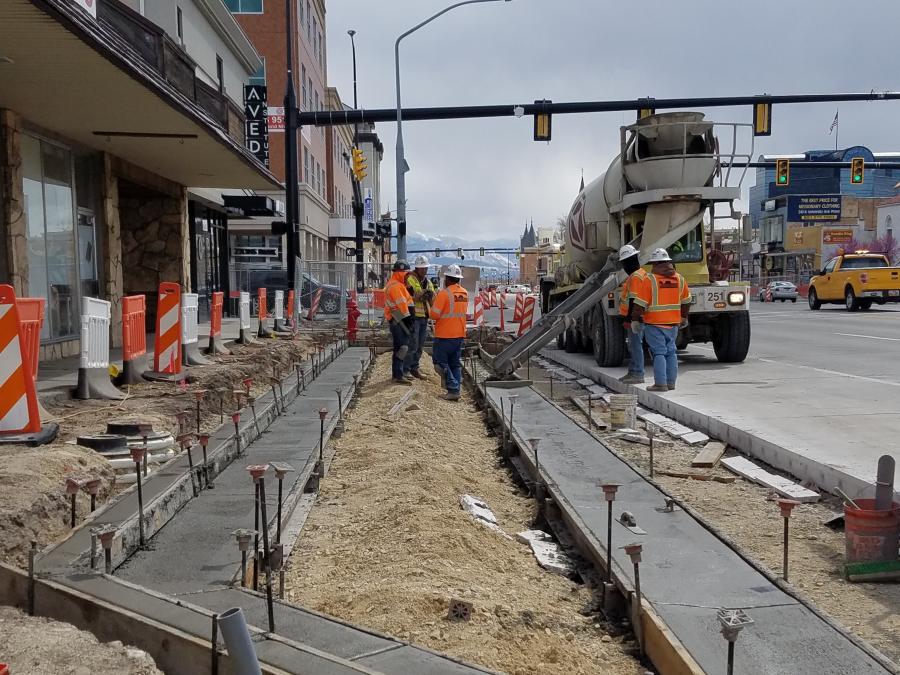 Heavy equipment at the construction site includes track hoes, excavators, loaders, cranes, milling and paving equipment, vacuum trucks and boom trucks. Water trucks are being used to keep dust from the project from drifting around the area.

About 120 workers were on the job at the peak of the project.

Efforts have been made to minimize disruption of existing businesses along the bus route.

"Roadway widening is occurring along some of the busiest commercial districts in Orem and Provo," Neff said. "All businesses have remained open during construction and parking remains open, with intermittent closures in work zones."

He added that some work requiring lane closures has been done at night. "Residents have been notified of night work," Neff said. "Pile driving for river bridge was done during the day."

Bus rapid transit is expected to make travel in the area safer. Neff explained that the bus rapid transit system in Orem and Provo is extensive and that will help considerably in reducing cars on the roadways.

He noted that 18 buses in use at one time, high frequency of bus movement from station to station during the morning and evening commute times, improved trail systems, new bike lanes and safety improvements at intersections near stations will make travel safer.

The new bus rapid transit system is expected to provide a boost to the economy in Orem and Provo.

"The bus route is along some of the busiest commercial districts in both Orem and Provo, so it will provide more convenient business access, serving two malls, many large employers and two commuter rail stations," Neff said. "Additionally, it will serve more than 65,000 students at two universities and provide service to student housing. Along the Wasatch Front, we have typically seen increased developments around transit stations."