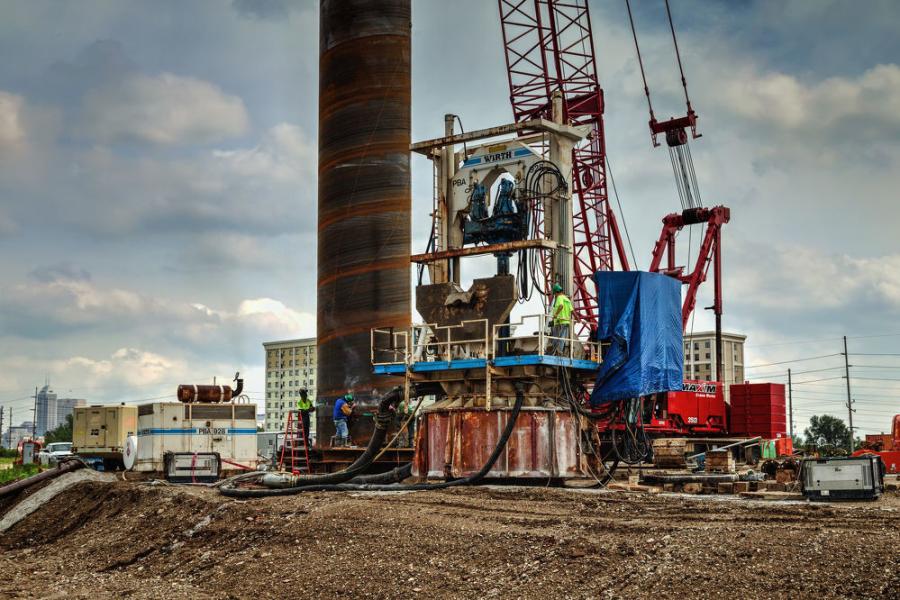 The biggest constraint and limiting factor to date are less related to the machine and involve configuration of the conveyor belt used to remove spoils. (Citizens Energy Group photo)

Constructed 250-ft. beneath the city, a 28-mi. long stretch of 18-ft. diameter deep rock tunnels will dramatically reduce the threat to public health and the environment in Indianapolis, Ind. The DigIndy project is part of a $2 billion effort to reduce combined sewer overflows into area waterways.

"This is a significant expense that will lead to improvements in water quality in and around Indianapolis," said Mike Miller, manager, DigIndy Capital Program. "Citizens Energy Group will reduce combined sewer overflows into area waterways by up to 99 percent, keeping the utility in compliance with a Consent Decree with the U.S. Environmental Protection Agency [EPA]." 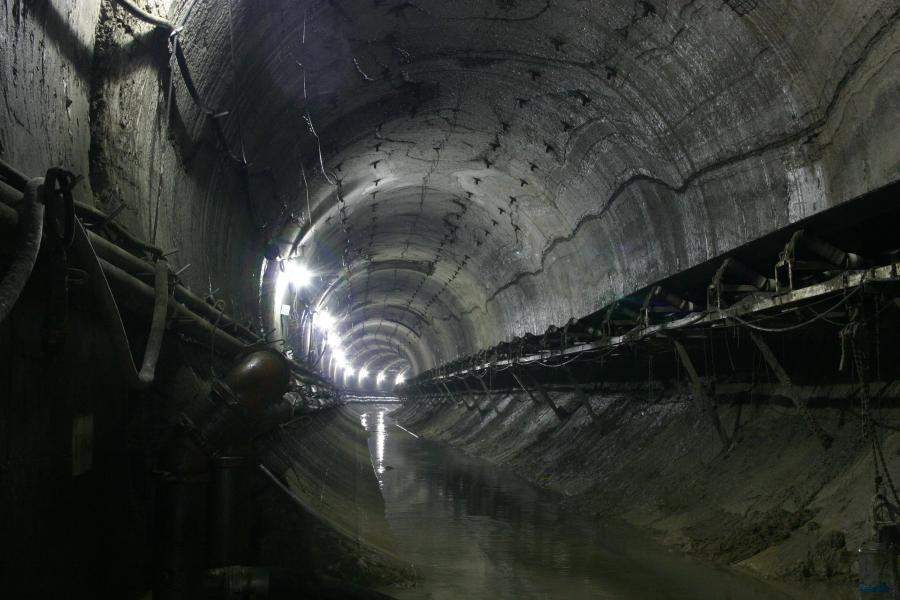 Miller said the project has been a long time in the making.

"The city of Indianapolis entered into a federal consent decree with the Indiana Department of Environmental Management [IDEM] and Environmental Protection Agency in 2006, with a commitment to address the city's antiquated combined sewer system. Citizens took ownership of the wastewater system and federal consent decree in 2011, and is required to complete all projects by December 31, 2025."

Construction broke ground in January 2012. The DigIndy Program also includes treatment plant upgrades, improvements to existing sewers and construction of new sewers. Due to the significant costs of the program, an approximately 20-year timeframe was coordinated with the EPA and IDEM to allow for achievable rate increases to pay for projects.

"Additionally, due to the complex nature of tunnel construction, significant work is required before tunneling to design the system and understand the geology and other attributes impacting the construction of the tunnel system," said Miller. "Construction begins with tunnel mining utilizing a Robbins main beam tunnel boring machine [TBM]. Following mining, a tunnel liner also must be installed throughout the system.

"Between each of the six tunnel segments, significant maintenance work is required for the TBM to ensure optimal performance throughout construction. In addition to 28 miles of deep tunnel, the project also includes more than 30,000 feet of new shallow consolidation sewers; more than 100 new sanitary structures; and close to 70 shafts connecting the surface sewers to the deep tunnel."

According to Miller, the project needed to be addressed as soon as conditions were right. 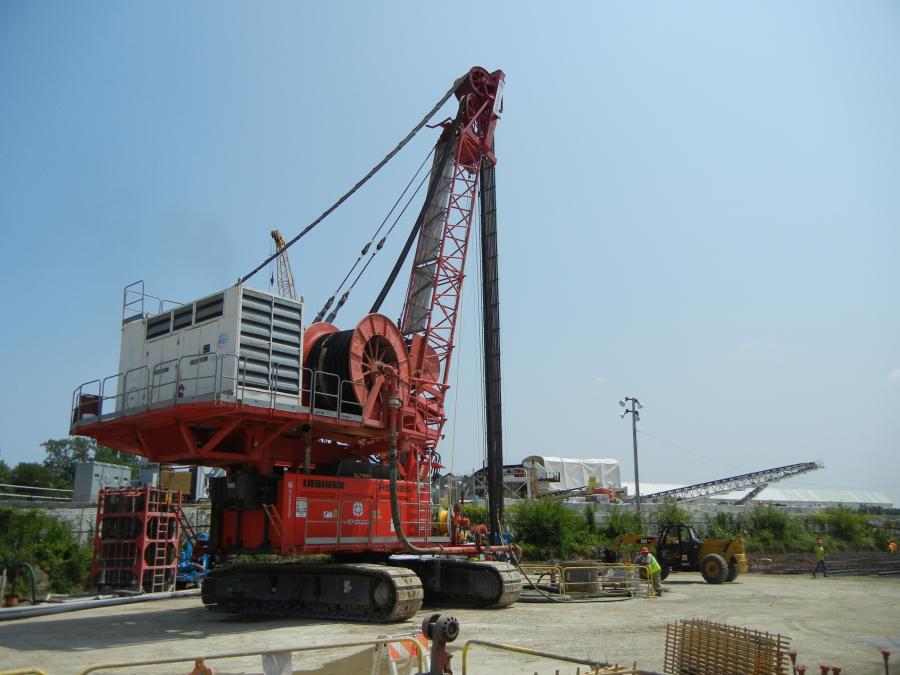 "As with dozens of other cities throughout the country, Citizens is committed to reducing the combined sewage polluting our waterways. With an engineered plan developed over nearly a decade with IDEM and EPA, now is the time to implement the plan to reduce combined sewer overflows, while gaining the greatest environmental benefit and maintaining affordable rates. Ultimately, if the city of Indianapolis, and now Citizens Energy Group, did not commit to beginning construction, the EPA could waiver fines and carry out further legal action against both parties."

The DigIndy program is funded by Citizens' wastewater customers' rates through both pay-as-you-go financing and long-term debt service, and includes construction throughout central Indianapolis.

"The tunnel system itself begins at our Southport Advanced Wastewater Treatment Plant — new Southport Road and I-37, following White River and Fall Creek — and ends just south of the Indiana State Fairgrounds," said Miller. "Other sections of the tunnel generally follow the route of local waterways, including Pleasant Run, Pogues Run and Eagle Creek. New sewer construction related to the tunnel extends as far as about 1,500 feet from the tunnel itself. When complete, the DigIndy system will capture combined sewage from the impacted area, and will serve all residents of Marion County."

Miller noted that residents who live, work, or commute near construction will experience road closures or detours, along with additional noise and traffic.

"For the most part residents, businesses, civic groups, industry organizations, etc. are positive about the project. However, it is being paid for by our customers, so rate increases have impacted customer satisfaction."

To date, approximately 10 mi. of the tunnel system is completely constructed, in service, and has prevented more than 1.6 billion gal. of combined sewage from entering local waterways since late 2017. Mining was recently completed on an additional 8 mi. of tunnel, and concrete lining operations are ongoing. To comply with the federal consent decree, this work must be complete by the end of 2021. Mining is ongoing on the remaining 11 mi. of tunnel, which must be in service by the end of 2025. 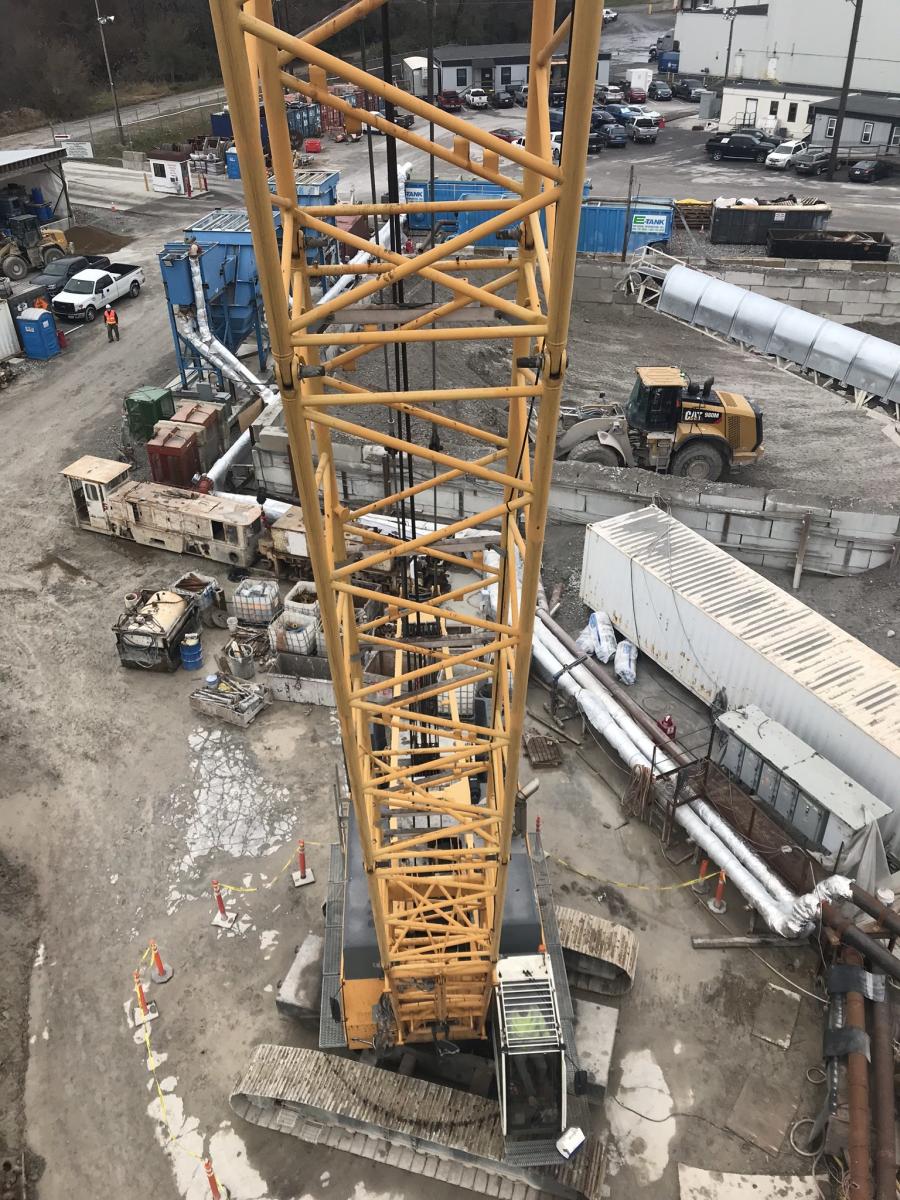 Keeping the project on schedule and below budget is a top concern for those involved in the effort.

"Citizens has partnered with engineers and contractors who are committed to deadlines and budgets negotiated with Citizens and we don't anticipate concerns meeting the consent decree schedule and budget," said Miller. "Additionally, Citizens has put resources into multiple value engineering exercises that revisit and refine designs and construction methods to save time and money, allowing the overall project to maintain schedule with projected savings."

Currently, contractors are mobilized at a number of sites across Indianapolis.

The project extends across dozens of sites that have varied in pre-construction conditions. Large working shafts are located on Citizens' property or acquired land. Other sites are owned by the city of Indianapolis or private entities and may be green field, environmentally impacted areas, parking lots, sports fields or unused right-of-way.

Depending on the site, Citizens' contractors typically require grading, stone and fencing prior to work being performed. For slurry wall shaft sites, grouting or other ground conditioning may be needed. For TBM working shafts, electric power drop coordination is required. For all sites, utility conflict review and relocations are typical.

Miller explained that for each foot the deep rock tunnel extends, approximately 25 tons of rock spoil are produced.

"The one-foot thick concrete liner requires approximately 2.5 cubic yards of concrete per linear foot of tunnel. So, considering just the first 9.5 miles of tunnel that are operational, approximately 1.25 million tons of rock spoils were produced, and the liner required approximately 125,000 cubic yards of concrete. In addition to the deep tunnel, more than 30,000 feet of new pipe ranging from 18 in. up to 120 in. is required, and there are over 100 cast in place, steel reinforced structures." 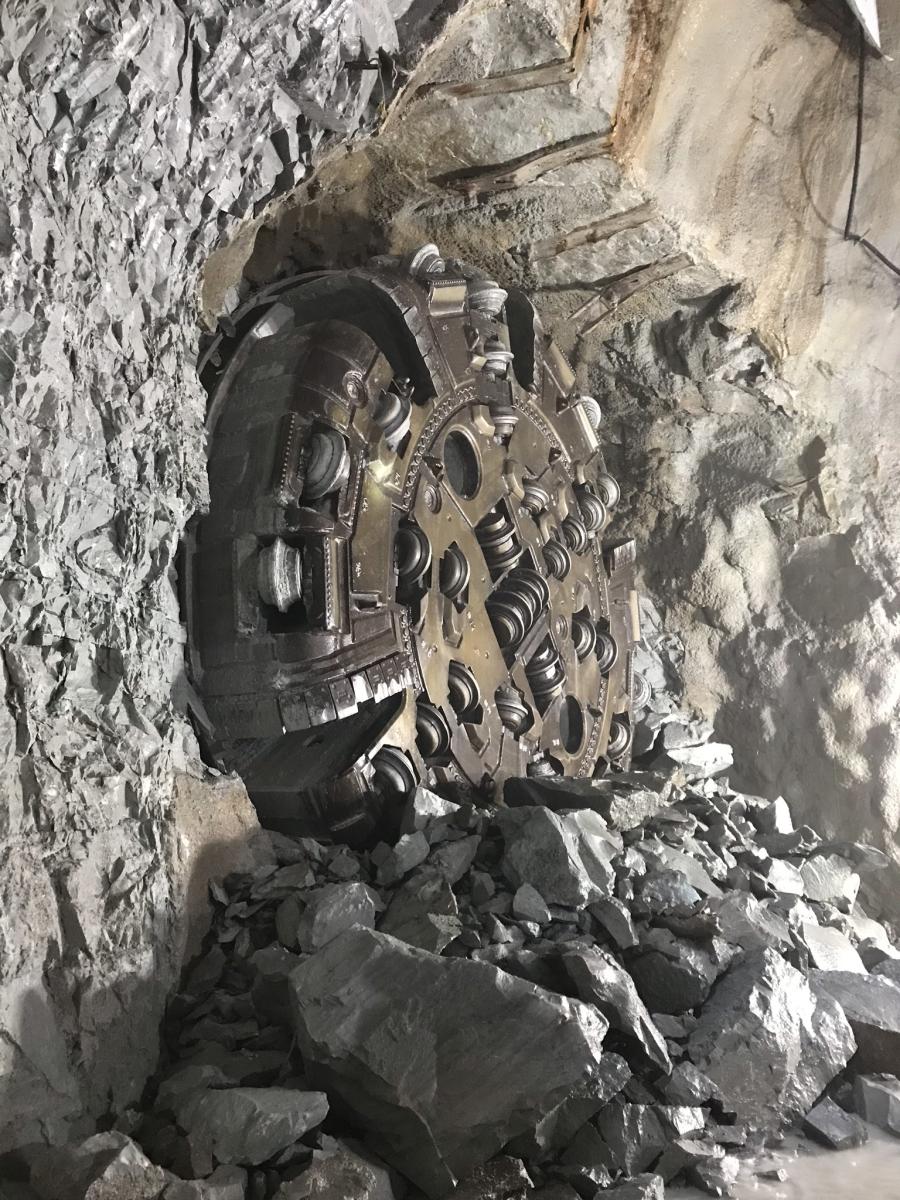 With respect to deep rock tunneling, the biggest issue is unexpected water entering the tunnel through joints or fractures in the rock, which has occurred.

"In order to mitigate this risk, the contractor probes ahead of the tunnel boring machine up to 300 feet," said Miller. "The goal is for the probes to intersect water-bearing features before the machine reaches them. If water returns through the probe holes, cement grout is pumped at high pressure through the probe holes, and additional holes are drilled, if necessary. The grout permeates the features and seals them off, so when the tunnel boring machine mines through the features, water intrusion into the tunnel is mitigated. If the probes miss a feature, the contractor can employ a variety of post-excavation grouting techniques.

"Other unexpected issues include those commonly associated with underground work in old urban and industrial areas. With more than 100 individual excavations, 30,000 feet of open-cut sewer installation and close to 70 shafts, encountering environmentally impacted soils, unanticipated buried debris and old foundations is fairly typical. We build allowances into all of our contracts to compensate our contractors for unanticipated underground conditions."

Weather has had little effect on tunnel construction.

"If lightning occurs, cranes are grounded. During extreme freezing conditions, occasional issues with hydraulic lines cause delays in construction. Heavy rains or extreme winter conditions can impact near-surface construction. If construction at a site ends within the winter months, restoration typically can't occur until spring."

As for significant work already on the project, advanced wastewater treatment plant upgrades are complete, and the first 10 mi. of the tunnel system are complete and in service, including the Deep Rock Tunnel Connector and Pump Station and the Eagle Creek Tunnel. 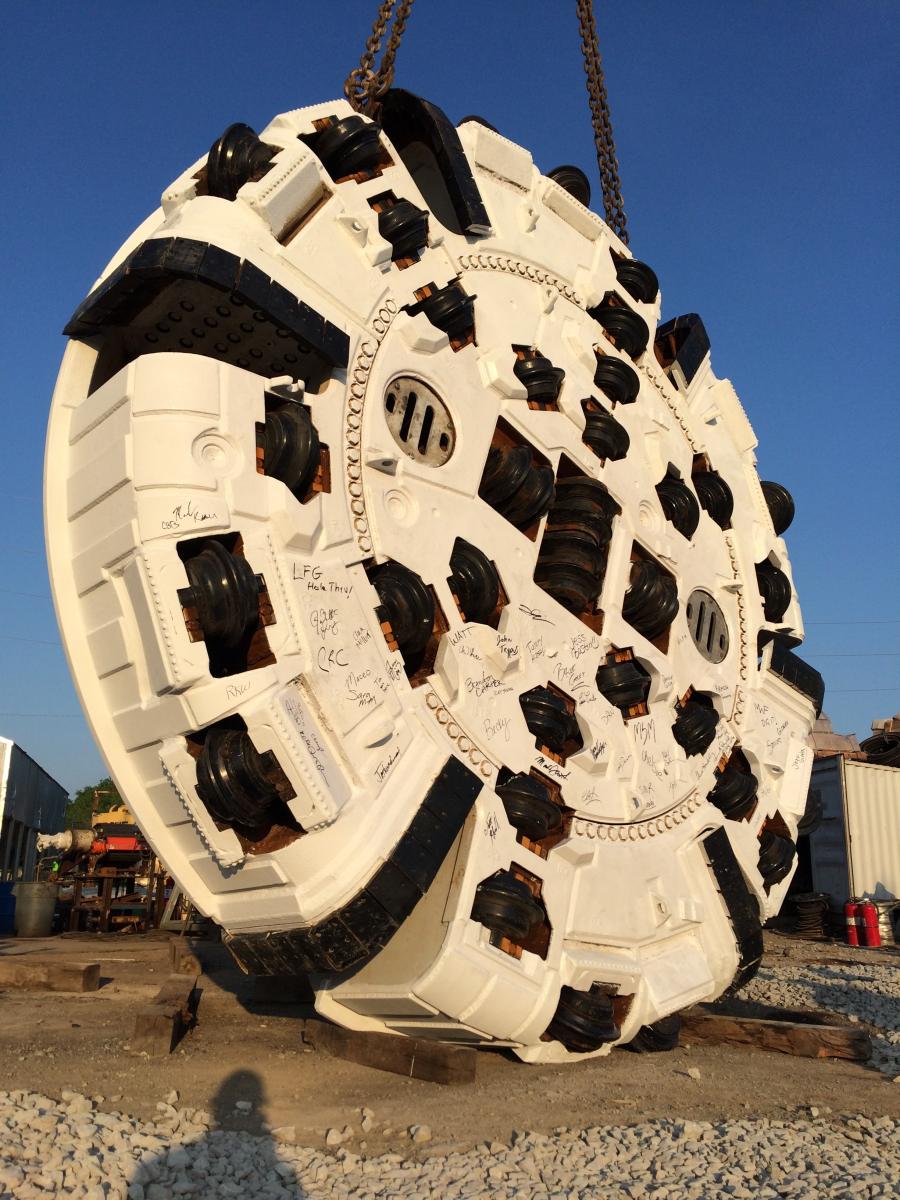 Heavy machinery plays a crucial role during construction, particularly the TBM. A Robbins hard rock main beam TBM, it was built in 1980, and used on five other hard rock tunnels prior to Indianapolis, including work on New York City's Second Avenue Subway, as well as projects in Massachusetts and Canada. The TBM underwent a full refurbishment before beginning in Indianapolis, including the installation of a new cutter head specifically built for the Indianapolis project.

Miller noted that the biggest constraint and limiting factor to date are less related to the machine and involve configuration of the conveyor belt used to remove spoils.

"The conveyor system becomes limited by length of conveyor and number and degrees of turns in the tunnel system. Robbins has stated that DigIndy's Deep Rock Tunnel Connector [DRTC] was the longest tunnel at 7.45 miles, with the most curves that they have successfully manufactured a belt system for. There are certainly much longer conveyor systems, but not with the number of curves that DRTC has."

Miller said despite the ongoing challenges, it's very rewarding to see construction continuing.

"There are quite literally hundreds of people who have been involved in the program for multiple years. Sometimes it's easy to lose sight of program achievements or successes, because there is such a long way to go. However, when we do reach a milestone, we are very deliberate about pausing and celebrating."

Miller added, "When complete, the DigIndy Program will nearly eliminate sewer overflows, which will cause dramatic impacts to the health of White River and other area waterways."