Measuring in at 5.5 million square feet, the Gigafactory is an absolutely colossal structure. In fact, the building has the largest physical footprint in the world. 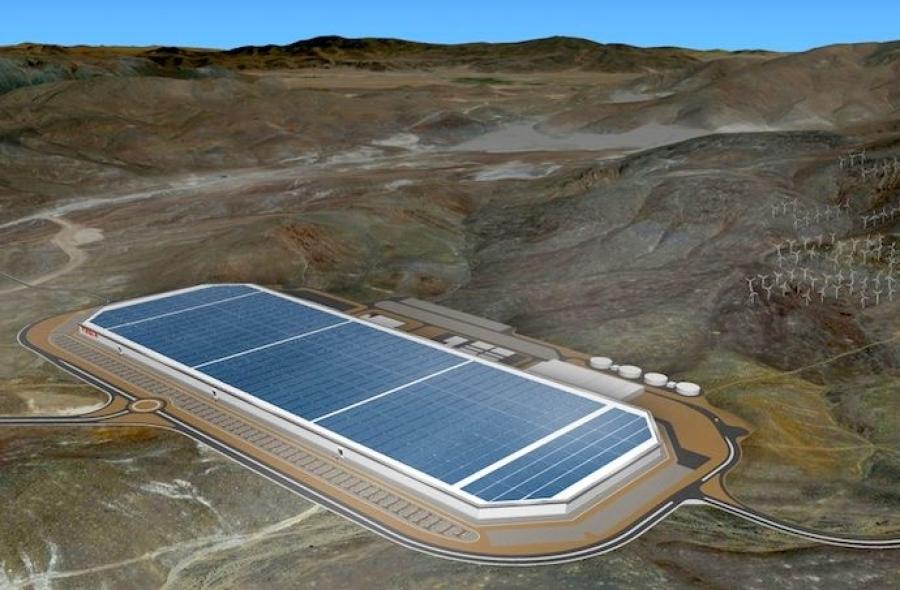 It's no secret that the linchpin in Tesla's ambitious plan to manufacture more than 500,000 cars per year by 2018 is the company's Gigafactory, an absolutely enormous factory that's still under construction in Sparks, Nev. The primary task of the Gigafactory will be to churn out batteries at an impressive clip, and while construction will not be 100% complete for a few more years, the Gigafactory is already partially operational.

Measuring in at 5.5 million square feet, the Gigafactory is an absolutely colossal structure. In fact, the building has the largest physical footprint in the world. Naturally, constructing the Gigafactory itself is a huge undertaking that will likely cost Tesla a whopping $5 billion when the dust settles.

If all goes according to plan, Tesla boasts that “by 2018, the Gigafactory will reach full capacity and produce more lithium ion batteries annually than were produced worldwide in 2013.” Speaking to this point in characteristically colorful language, Tesla CEO Elon Musk said the following during an earnings conference call last year: “Cells will be going through [the Gigafactory] like bullets from a machine gun. In fact, the exit rate of cells will be faster than bullets from a machine gun.”

Now given that Tesla has a history of missing deadlines — both the Model S and the Model X shipped later than expected — it will be interesting to see if Tesla will be able to get the Gigafactory where it needs to be in order to meet strong demand for the Model 3.