$6B Atlanta Airport Expansion to Include Giant Canopies

Two giant, translucent canopies spanning several lanes of roadway and sidewalks outside the domestic terminal will be among the most visible aspects of the $6 billion expansion. 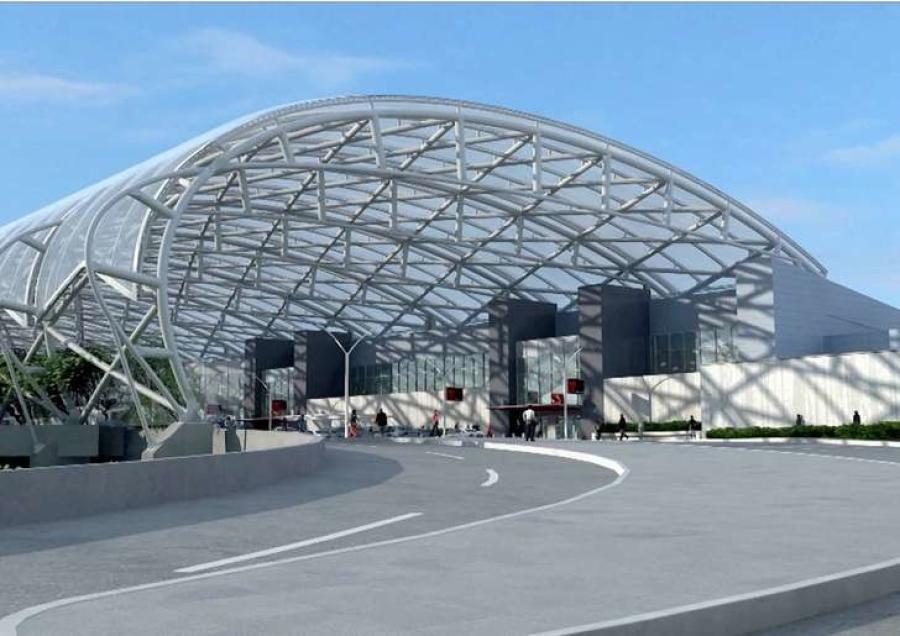 Two giant, translucent canopies spanning several lanes of roadway and sidewalks outside the domestic terminal will be among the most visible aspects of the $6 billion expansion.

ABC News is reporting that two giant, translucent canopies spanning several lanes of roadway and sidewalks outside the domestic terminal will be among the most visible aspects of a $6 billion expansion and renovation project at the world's busiest airport during the next 20 years, officials announced Thursday.

A computer animation unveiled at the Atlanta airport's inaugural "State of the Airport" address shows the massive structures enclosing the drop-off and pickup lanes outside the main terminal and connecting the terminal to parking decks.

The canopy will protect travelers from the elements "while making a memorable impression of the world-class stature of Atlanta," said Miguel Southwell, general manager of Hartsfield-Jackson Atlanta International Airport.

The airport also plans to update the interior of the domestic passenger terminal and concourses and add a sixth runway and a 400-room hotel, officials said. Parts of the ticketing areas where passengers check in for domestic flights will be "flooded with natural light" when renovations are complete, Southwell said.

Work begins on concourse renovations later this year. The project accelerates next year with work on parking decks, passenger gates and the terminal renovation, officials said.

Among other goals for the coming year: improving wait times for passenger security screenings.

"We believe that the time it takes to get through security screening should be no longer than the time it takes for a routine doctor's examination," Southwell said. "Americans will not tolerate a one-hour wait as normal."

Passengers typically don't wait that long in European or Asian airports, nor do they experience such long waits at other U.S. airports such as Reagan National Airport in Washington, D.C., the airport used by many members of Congress, Southwell noted.

"But it is happening in Atlanta, and it's hurting our business," he said.

Southwell vowed to continue working with federal officials and others to make more efficient security screenings "a top priority" in the coming year.

The $393 million terminal modernization project taking place from now through 2018 will be among the first projects in the airport's 20-year capital plan, under a timeline of projects released Thursday by airport officials.