The project was started in April and is expected to be complete in 2020. 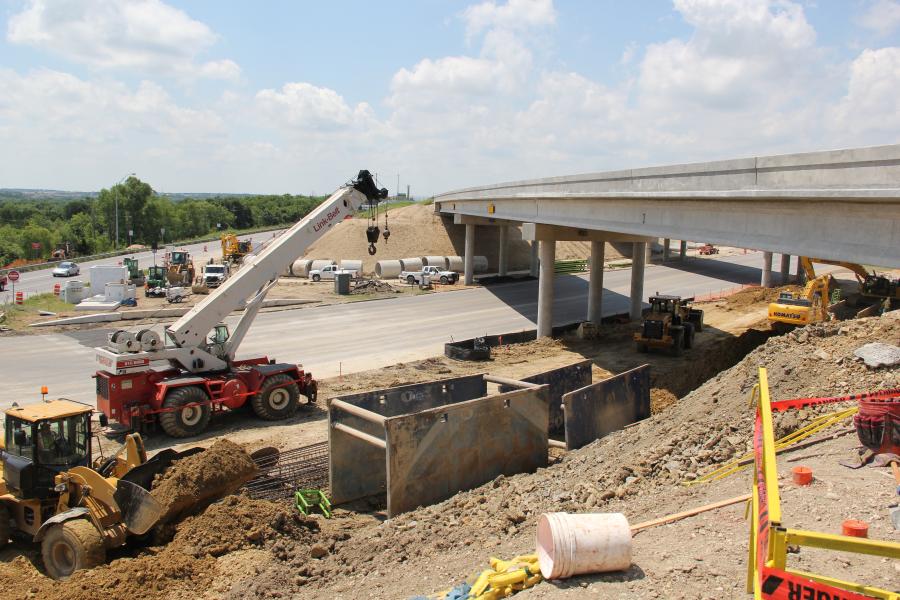 Work started this year on a $743 million 183 South Expressway project in Austin that will widen U.S. 183 between U.S. 290 and SH 71 into a Texas-sized 12-lane superhighway. The project was started in April and is expected to be complete in 2020.

The 8-mi. (13 km) stretch of highway currently carries about 60,000 vehicles a day. The new highway will handle triple that amount. Three of the lanes in each direction will be toll lanes, while the remaining three lanes will be non-toll lanes.

The Central Texas Regional Mobility Authority is in charge of the project. It was created in 2002 to improve the transportation system in Travis and Williamson counties.

“The project will triple capacity along an eight-mile section of U.S. 183 between U.S. 290 and SH 71,” said Steve Pustelnyk, director of community relations for the CTRMA. “This is the region's largest roadway construction project since SH 130 and signifies a major step forward in developing a comprehensive regional transportation system that offers greater mobility, reliable travel times and improved access to affordable housing.”

The project was developed in partnership with the Texas Department of Transportation, the city of Austin and Capital Metro.

Construction of the project is being done in two phases. Phase 1 improvements span U.S. 183 from U.S. 290 south to just north of Boggy Creek near Bolm Road.

Those improvements are expected to be complete in 2019.

The second phase, stretching the remaining distance to SH 71 interchange, will finish up about a year later.

The project is being funded through a mix of toll revenue bonds, government loans and government grants.

The project includes 19 subcontractors. The number of workers on site ranges from 175 to 200 depending on operations and subcontractor work.

Work is progressing as scheduled.

Constructed in the mid-60s, the four-lane divided highway known as U.S. 183 South, has seen only minor upgrades. It is the primary route to and from Austin-Bergstrom International Airport and points beyond.

“Over the past several decades, U.S. 183 has grown from a rural thoroughfare to a major traffic artery, transforming U.S. 183 north of the airport into one of the most congested roadways in central Texas,” Pustelnyk said.

Goals of the project include improving safety, optimizing system connectivity and enhancing local mobility along the U.S. 183 corridor.

The route has a high-tech traffic monitoring system to improve traffic management and emergency response.

As part of the project, new pedestrian bridges will cross over U.S. 183 at Springdale Road, East 51st Street and at Bolm Road. Also, crews will construct 23 onramps and off-ramps connecting the non-tolled general-purpose lanes to the main lanes.

The project also focuses on the U.S. 183 corridor, providing $25 million for new bicycle lanes, sidewalks and shared-use paths with connections to the regional trail system. Bike lanes will be included as part of the U.S. 183 general-purpose lanes.

Along with bike lanes and walkways, the corridor will be spruced up with new landscaping. Nearly 2,000 native, drought-resistant trees will be planted throughout the corridor that will reduce water consumption and help prevent soil erosion. Some existing landscape will need to be removed to make way for construction. Native landscaping will be planted at key locations to help improve the visual appeal of the corridor.

“This project also will enhance quality of life and economic opportunity for east Austin,” Pustelnyk said. “Since the late 1990s, Central Texas has viewed the eastern side of the metro area as a prime area for growth and development.”

The city of Austin refers to the area as “The Desired Development Zone.”

Pustelnyk added that east Austin has a lot of underdeveloped land.

To keep the project on schedule, construction is possible on a 24-hours-a-day, seven-days-a-week schedule. However, no lane, ramp or road closures are planned during peak travel times.

In order to minimize noise from construction work, the project team will follow guidelines to mitigate noise. The contractor has a dedicated manager in charge of all noise and a hotline to address public inquires.

Based on data from other toll roads operated by the Mobility Authority, it is anticipated that 35 percent of peak-hour drivers will choose to use the toll lanes on the new expressway. The remaining 65 percent will use the non-tolled general purpose lanes.

Under that scenario both tolled lanes and non-tolled lanes will have plenty of capacity to accommodate the projected traffic on U.S. 183.