A Look Inside: Construction Continues at Apple Park

The “spaceship campus,” as it is nicknamed, was designed by Foster + Partners, with Steve Jobs giving extensive direction. Here are some of the specs. 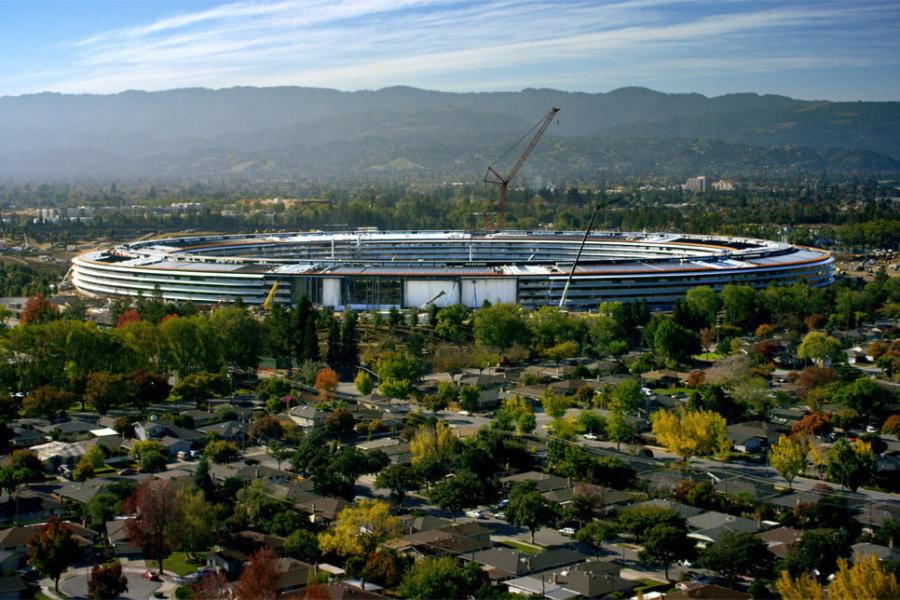 When construction workers' snapchats of the unfinished Apple Park in Cupertino, Calif., went viral last month, it was easy to see that the complex boasted some pretty impressive features.

Construction, which began in 2013, is expected to be complete by the end of the year, but you don't have to wait until then to find out more about the facility's features.

The “spaceship campus,” as it is nicknamed, was designed by Foster + Partners, with Steve Jobs giving extensive direction, Digital Trends reported. Here are some of the specs:

Although the campus had an original price tag of $3 billion (not to mention a completion date of 2015), the cost jumped to $5 billion in 2013, Digital Trends reported. As of now, there is no word on the project's final cost, but here are the numbers for a just a few features:

The complex's design is meant to draw workers together with the nature that is all around them, hence the years and yards of curved glass walls. Employees have the opportunity to take one of the 1,000 available bicycles to travel between buildings, while enjoying the sights of the property's orchard, pond, meadow and 9,000 trees as they go, Digital Trends reported.

In addition to its awe-inspiring looks, the complex is practically built, as well: