The Austin airport has been the site of several construction projects that were recently completed and more are being planned as passenger traffic increases. 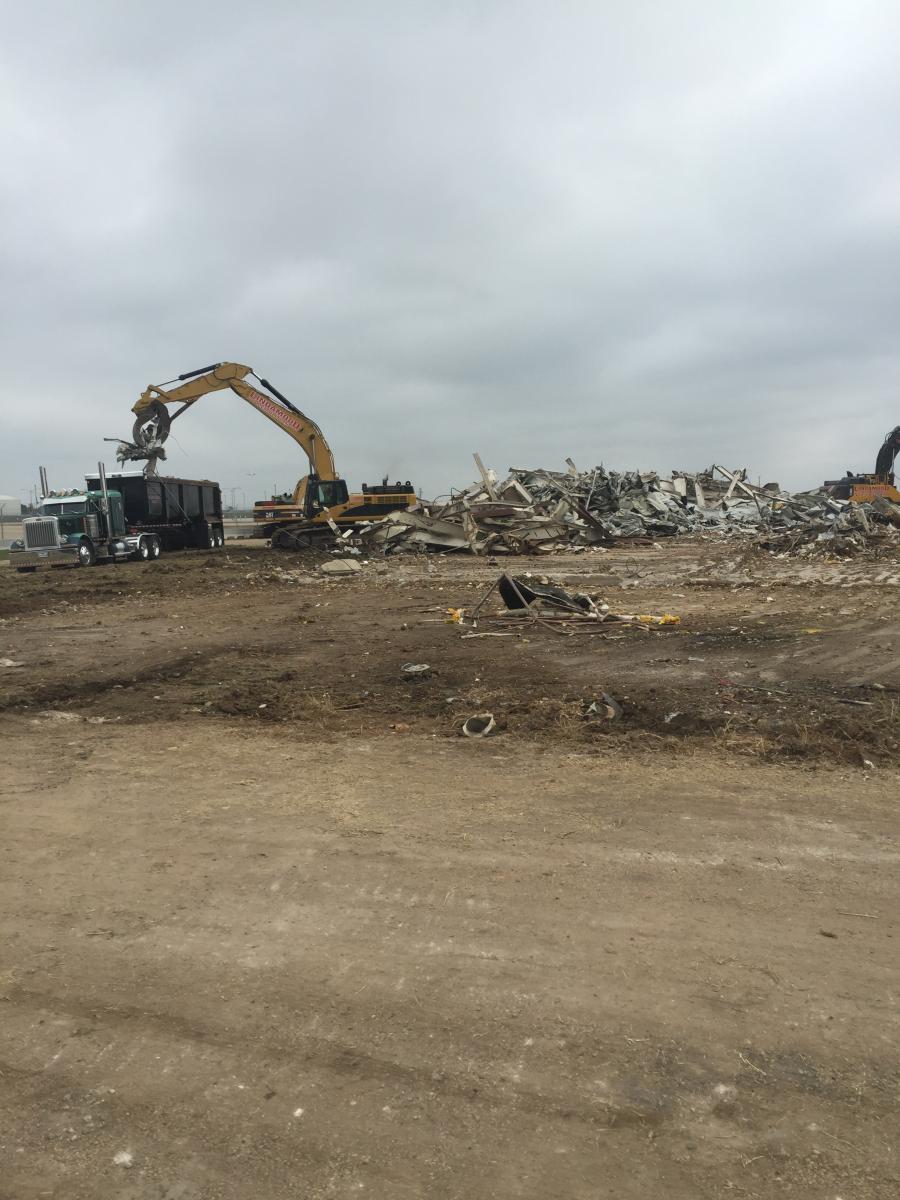 Crews from the Hensel Phelps Construction Co. are hard at work building the $240 million expansion of the terminal at the Austin-Bergstrom International Airport (ABIA), a project that was designed by Gensler. The Austin airport has been the site of several construction projects that were recently completed and more are being planned as passenger traffic increases.

The expanded terminal will accommodate approximately four million additional passengers per year for a total of 15 million annual passengers — an increase of 36 percent.

“In keeping with the recommendations in both the 2003 and 2008 master plan and master plan phasing projects,” he added, “respectively, the new terminal space will be added to the eastern end of the existing terminal facility with completion anticipated in 2018. This $240 million expansion will 'balance' the terminal and provide much needed space for the expanding passenger and aircraft operational numbers.”

“It also provides the added concourse footprint that will accommodate seven to eight additional aircraft parking spaces on the apron for both domestic and international airline operations,” said Halbrook. “This near-term expansion will provide an approximate 30 percent increase in aircraft operational capacity.”

“Multiple weekly meetings are held for design and construction,” Holbrook said. “By regular, frequent meetings we can formulate plans to address issues that may arise. Representatives from airfield to terminal, construction and design attend these meetings. Current passenger trends suggest that we will have 15 million passengers annually in 2025. The expansion takes our capacity from 11 million to 15 million passengers annually.”

“These facilities, especially boarding area E, were the basis of the design of the terminal expansion at ABIA,” he said.

Hensel Phelps crews arrived on site on Nov. 16, immediately setting up a silt fence to provide swift and storm water pollution protection. On Nov. 30, Lindamood Demolition, was brought to start work on the demolition of a hanger on the old U.S. Air Force base. The hanger will be replaced with a storm water/de-icing collection facility.

“We started with the work at area A — the de-icing facility — and then we'll move into the multiple phases for the apron paving,” he said. “Next fall we'll start on the actual terminal expansion itself and the renovations of the existing terminal.”

The biggest challenge for Sanders will be to minimize the impact on day-to-day operations.

“Making sure that at all times that they are minimally interrupted because the loss of a gate or delaying of a plane has a financial impact on them,” said Sanders, “so we meet on a weekly basis every Tuesday — design in the morning and construction in the afternoon. We go through planning, with everyone looking six, nine and 12 months ahead on the plans and how can mitigate any impact on the airport.”

This planning is essential, particularly for the delivery of construction materials. For the terminal renovations, it will be more of an on-time delivery and for the expansion and apron work, Sanders has plenty of room to store materials and prepare areas close to the work site.

The plan is to recycle as much of the material as possible on site, with the remainder going to recycling centers for processing.

“Recycling and creating a sustainable structure is extremely important,” said Sanders. “We work with our subcontractors to ensure that material can be diverted from landfills and taken to recycling centers.

When the work fully develops, there will be between 400 and 500 construction workers on site. The major subcontractors include: Champion Site Prep for earthwork; WPM Construction Services for Site Utilities; Hayward Baker – Olden for shoring; Dynamic Systems Inc. for mechanical/plumbing; Berg electric for electrical; and Chasco Constructors for paving.

“We will be coordinating the expansion,” said Sanders. “We have a plan to segregate the expansion area. We'll fence it off and make sure we have our own area to work in where we can work without any impediments. The renovation area will require a lot of coordination as there will be a lot of work associated with it. The apron paving/concrete work is out on the taxi lane and there will be a lot of night placement and pullback operations there.

“Night work in the existing airport is almost always preferred,” he added. “We'll really get started after the last flight and we'll be cleaned up and out of the way by the time the passengers arrive around 4 or 5 a.m. the next day.”

Sanders is looking at completing the terminal work in the fall of 2018. The de-icing facility should be operational in December 2016/January 2017.

“ABIA has been very good to work with,” he said. “They are very helpful and open to different ideas and plans and we've been able to make adjustments as we go along, be it through design or early buyouts and phasing. We'll be able to tackle any issues as they arise.”

Hensel Phelps will rent the equipment for this project. The plan is to have two tower cranes and a mobile crane at the terminal site, two 90-ton (81.64 t) cranes at the de-icing facility, along with bulldozers, excavators, backhoes, dump trucks, rollers, pavers, and boom lifts.

The equipment will be rented from dealers such as Sunbelt, United Rentals and Ahern.

Although the equipment is being rented, operators will be performing daily visuals and fluid checks — everything that is required from the manufacturers and the dealerships, with the information passed on to the foremen and superintendents.

Good communications is the key to managing a work force of close to 500 people. Sanders and his team hold weekly meetings with subcontractors and superintendents speak with the subcontractors daily.

“It's communications from all levels,” he said. “The work will be done over a large area within the existing terminal. We communicate through cell phones and radios, but a lot of it is face-to-face. In addition to our project superintendent, we'll have area specific superintendents and engineers. It's all about getting the information from the field back to us and the weekly meetings is an important aspect in the flow of information.”

“We're pretty early along here,” he said, “but on all projects, if you don't have a good team attitude, then you're destined for failure. Morale is a big thing and if you have low morale on a job, it affects it from the top down, so building a team effort is crucial. Making sure everyone understands that what we build today is going to be in place for the next 50 years.

“If the employees have pride in their work,” he added, “you're going to have a good quality job and that's what we try to instill in everybody.”

Isaac Johnson, project superintendent, will play “a critical role,” says Sanders. Johnson, who has been with Hensel Phelps for 16 years, is keen to take on the challenge.

“My key role on this project is pre-planning and developing the roadmap to allow the project to flow smoothly,” he said. “Along with Joe, I spend the majority of my time developing the plan and effectively communicating it to the team. I have spent the past three years on aviation projects and look forward to starting what will be true landmark project for the city of Austin.

“Hensel Phelps has a long history of success on airport and aviation projects,” he added. “With this history comes a wealth of knowledge that we can draw from around the country if we come across something we have not encountered before. This is a very exciting project to be a part of and I look forward to showing our client what we can do.”