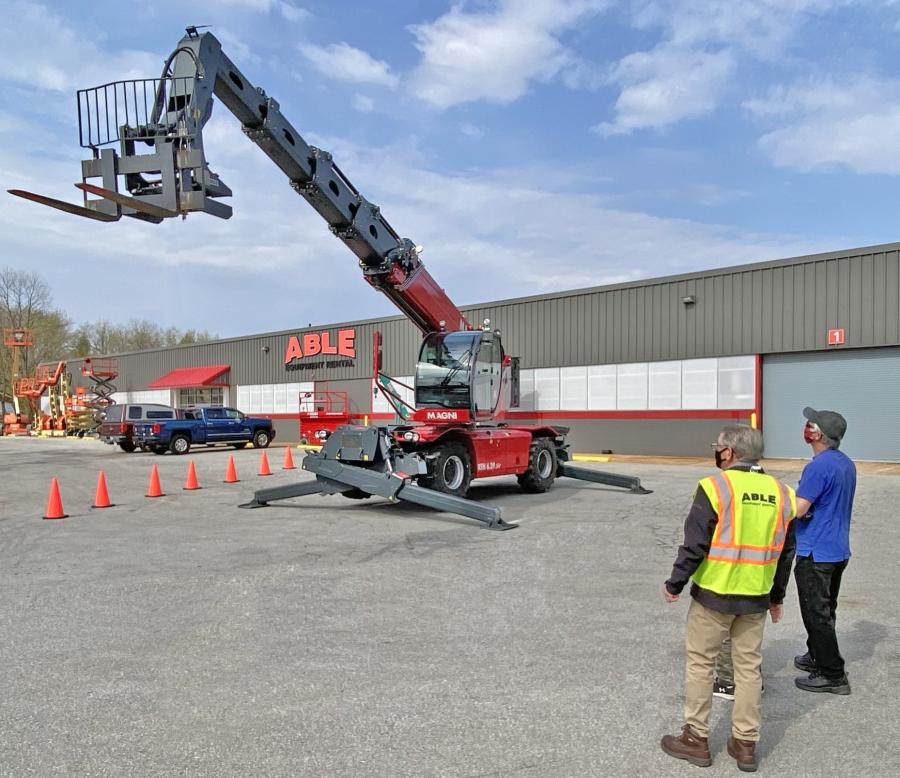 ABLE hosted two days of demonstrations at three of its locations, including West Chester, Pa.

During March and April, ABLE's West Chester, Pa., South Plainfield, N.J., and Deer Park, N.Y., branches each hosted two days of demonstrations highlighting Magni rotating telehandlers along with the attachments that operate with these machines. The event was led by Philippe Bisson, ABLE's business development director of rotators and telehandlers, along with several of ABLE's trainers who demonstrated the equipment.

The two-day format allowed customers unfamiliar with Magni rotators to set-up pre-arranged appointments with the ABLE team for an up-close demonstration. The hands-on product demos gave customers the opportunity to test drive the Magni equipment.

Customers had an opportunity to talk about their equipment needs, sit in the cab and use the remote controller to get an actual feel for the rotators. The event's attendance was robust with 63 people representing 39 companies over the 6 days.