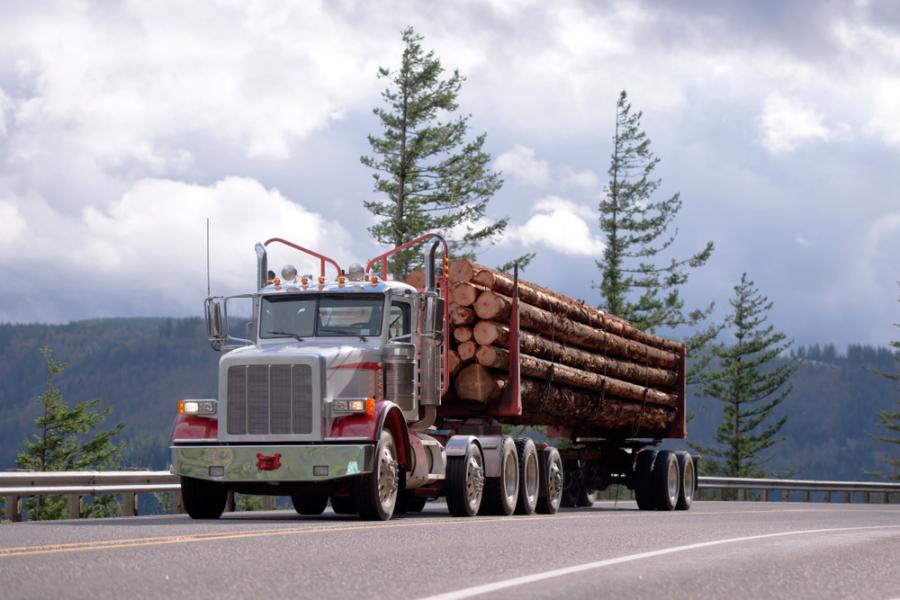 The Healthy Forest Initiative has expanded the area in which timber companies can haul heavier loads to reduce the risk of wildfires.

After the largest wildfire in state history burned more than 538,000 acres of eastern Arizona forest, the Arizona Department of Transportation and other groups launched a partnership in 2014 that included easing weight restrictions on certain state highways to help timber companies remove small trees and other vegetation that could fuel catastrophic fires.

Five years later, the Healthy Forest Initiative has expanded the area in which timber companies can haul heavier loads to reduce the risk of wildfires.

"Overgrowth in our forests contributes to the destruction from wildfires around the state," ADOT Director John Halikowski said. "Through this innovative collaboration, ADOT has worked from a transportation perspective to help promote forest health, support commerce and protect infrastructure."

Under the original program, timber industry trucks could haul up to 90,800 pounds on nine state routes between Payson and New Mexico to sawmills, pellet plants and other facilities in the White Mountains. Now the area covered by the Healthy Forest Initiative has been has been extended west to Camp Verde and north to Winslow and Holbrook.

Beginning Jan. 1, 2020, trucks can haul up to 91,000 lbs. if they have a sixth axle to distribute the added weight. The six-axle design, known as a Tridem configuration, reduces the impact on roads and bridges to the same as trucks hauling 80,000 lbs., the maximum weight allowed on most state roads. Trucks without the sixth axle will be limited to 80,000 lbs.

"This program will be a great benefit for Arizona's existing wood products industry and our state's ability to attract additional large scale wood products manufacturers," said Keith Watkins, senior vice president of the Arizona Commerce Authority. "These industries are key elements in increasing the pace and scale of Arizona's forest restoration."

Pascal Berlioux, executive director of the Arizona Eastern Counties Organization in Show Low, said the initiative has had a positive impact on the environment while boosting the region's economy by $221 million and supporting 190 jobs.