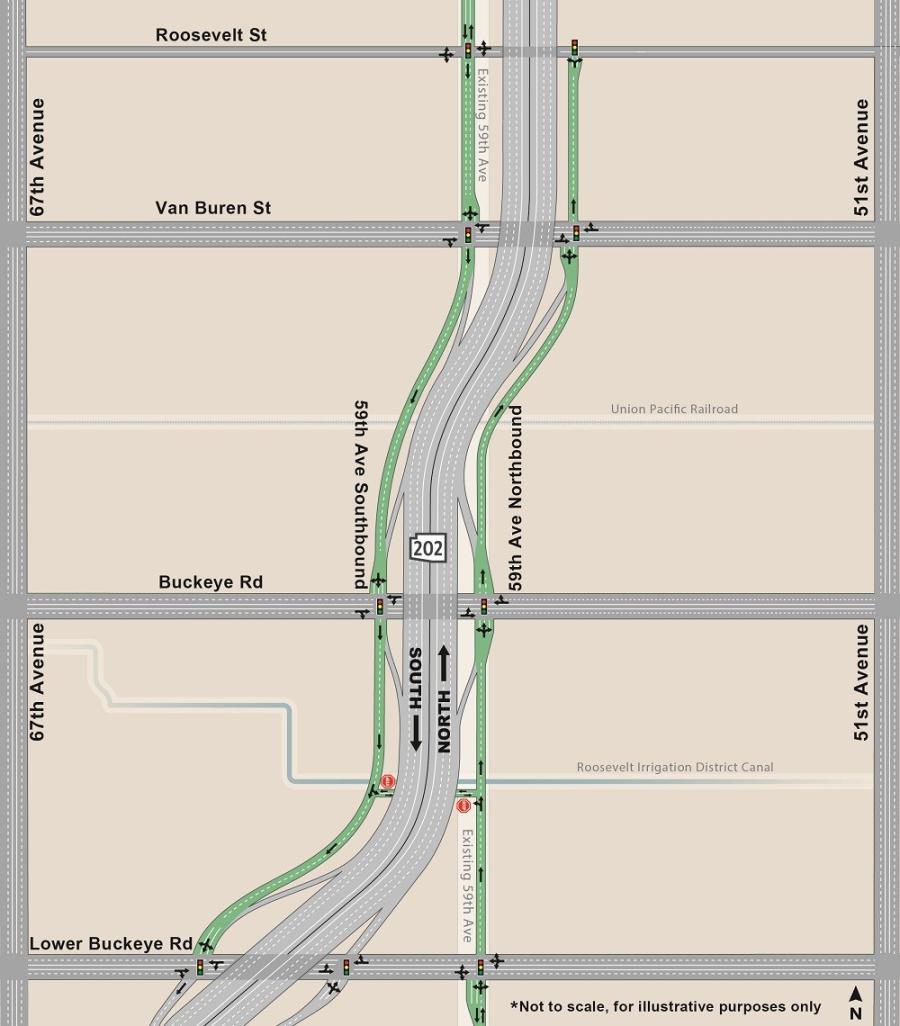 With all bridge girders in place, frontage road construction under way and an overpass built over railroad tracks, among other milestones, Loop 202 South Mountain Freeway construction continues advancing along the 59th Avenue alignment south of Interstate 10 (Papago Freeway) in west Phoenix.

In the first half of 2019, crews working on this Arizona Department of Transportation project have made significant progress along the Papago segment between Interstate 10 and Lower Buckeye Road, including:

The South Mountain Freeway will include 2.5-mi. frontage roads to maintain northbound and southbound access to businesses and residences adjacent to the freeway between Roosevelt Street and Lower Buckeye Road. These one-way frontage roads will have two travel lanes in each direction and traffic signals at each major intersection.

With various lane closures still in place along 59th Avenue for final construction between I-10 and Lower Buckeye Road, motorists should consider alternate routes such as 51st and 67th avenues until late 2019. While business access is being maintained at all times, the potential for delays will continue.

Motorists should slow down and obey the speed limit and allow extra travel time.