After Seven Years of Building, Resorts World to Open in Las Vegas 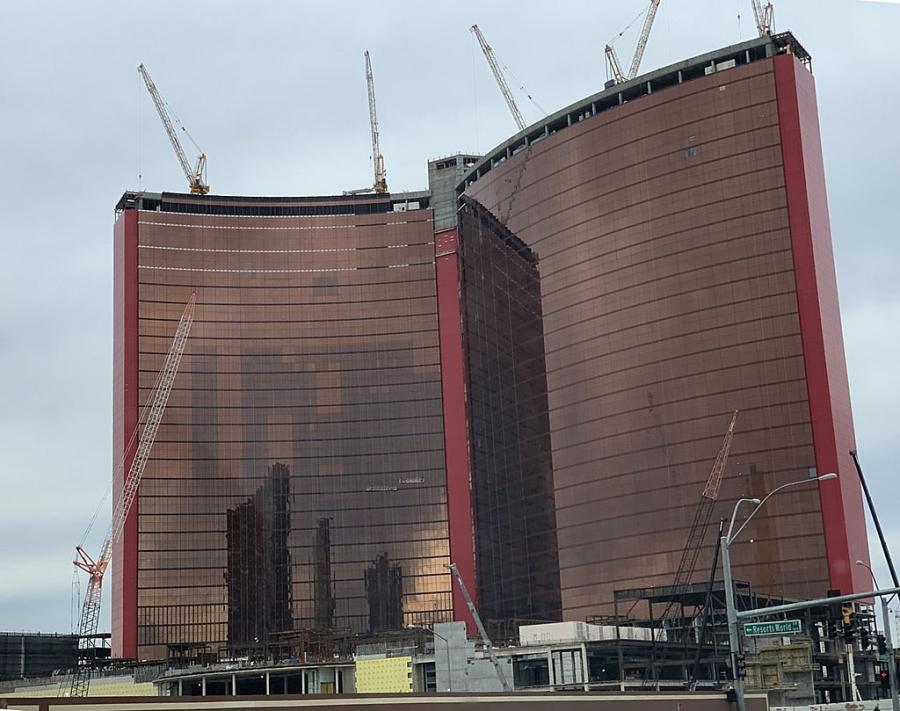 LAS VEGAS (AP) One of the biggest casino projects ever on the Las Vegas Strip has set a date to open, after more than seven years of planning and building.

Resorts World Las Vegas announced that it will open to the public June 24 and began taking reservations for more than 3,500 rooms at its three Hilton-branded hotels.

The first ground-up resort built on the Strip in more than a decade will open during a pandemic that has upended the Las Vegas economy with business restrictions intended to slow the spread of COVID-19. Nevada Gov. Steve Sisolak has set a June 1 goal for 100-percent reopening of businesses shuttered in March 2020.

The resort is on the site of the former Stardust, an iconic Las Vegas landmark that was the largest hotel in the world when it opened in 1958 with 1,500 rooms. It closed in 2006 and was owned by Boyd Gaming Corp. when its 32-story tower was imploded in March 2007.

Malaysia-based Genting Group, an operator of resorts and casinos around the world, bought the site in 2013 from Boyd Gaming for $350 million.

The $4.3 billion project has been under construction since May 2015.

"We are filled with gratitude and excitement as we approach our opening ... and hope to play a role in Las Vegas' rebound after what has been an incredibly challenging year," Sibella said in a statement. A time for doors to open was not immediately disclosed.

The property has emerged as a curved, red 59-story structure with a huge dynamic LED facade facing Las Vegas Boulevard. The owner calls the 100,000-sq.-ft. display one of the largest in the U.S.

Announcements in recent weeks have focused on Zouk Nightclub and AYU Dayclub headliners including Zedd and Tiesto, booked with Singapore-based Zouk Group.

The scale of the complex is huge among Strip resorts, with more than 40 restaurants, eateries and beverage outlets; multiple retail shops and stores; a 117,000-sq.-ft. casino; and 250,000 sq. ft. of meeting and banquet space.

The resort also will include a 5.5-acre pool and spa complex with seven swimming pools.

AEG Presents will partner with the resort in a 5,000-capacity concert and entertainment theater programmed and operated by Concerts West. The Las Vegas Review-Journal has reported possible headliners including Katy Perry, Celine Dion, Carrie Underwood and Luke Bryan.

The biggest single development on the Strip was the $9.2 billion CityCenter partnership between MGM Resorts International and Dubai World. It opened in December 2009 on 76 acres and includes the Aria, Vdara, Waldorf Astoria and Veer hotel and condominium towers and the Crystals retail and entertainment district. Its Harmon tower never opened due to construction defects, and was dismantled.

Other large projects in recent years include the more than $4.1 billion Cosmopolitan of Las Vegas and $2.7 billion Wynn Las Vegas. The Bellagio, known for its dancing water fountains, opened in 1998 at a cost of about $1.6 billion.