Airport Councils Outline $100B in Projects After Trump Talks 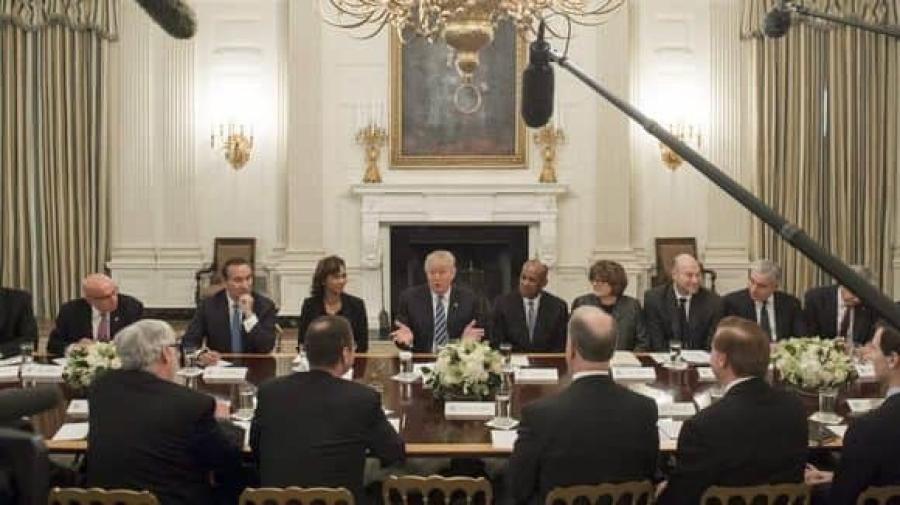 President Trump speaks Feb. 9, 2017, during a meeting with airline and airport executives in the State Dining Room of the White House in Washington, D.C. (Photo: SAUL LOEB, AFP/Getty Images)

Airport executives who met Thursday with President Trump heard support for upgrading their facilities, and airline executives heard Trump endorse the privatization of air-traffic control. But the details must still be resolved.

Kevin Burke, CEO of Airports Council International – North America, said Trump stated four times that “we need to rebuild America's airports.” The group outlined plans for $100 billion in projects over the next five years, if the funding could be found.

“He asked a lot of questions,” Burke said. “He said that he would get the money – he would figure out a way to get the money. We looked at that as a positive thing.”

“We've got some homework to do in the United States and see what's happening around the world,” said Bill Vanecek, director of aviation for Buffalo Niagara International Airport and chairman of ACI.

Buffalo is now designing a $65 million terminal expansion and enhancement project for the next five years.

“We'll be very closely monitoring the financing options for that project,” Vanecek said.

Rob Wigington, CEO of Metropolitan Nashville Airport Authority, said that airport is the fourth-fastest growing in the country and has plans for $1.2 billion over five years to improve parking, roads, terminals and add gates.

“That's exactly the kind of program where we need more passenger-facility charges at the local level to help us do that,” Wigington said.

Funding is the open question. Trump has proposed $1 trillion during the next decade for construction of roads, bridges and airports. But Senate Majority Leader Mitch McConnell, R-Ky., has discouraged talk of a trillion-dollar stimulus.

For the full story, visit http://url.ie/11ojx