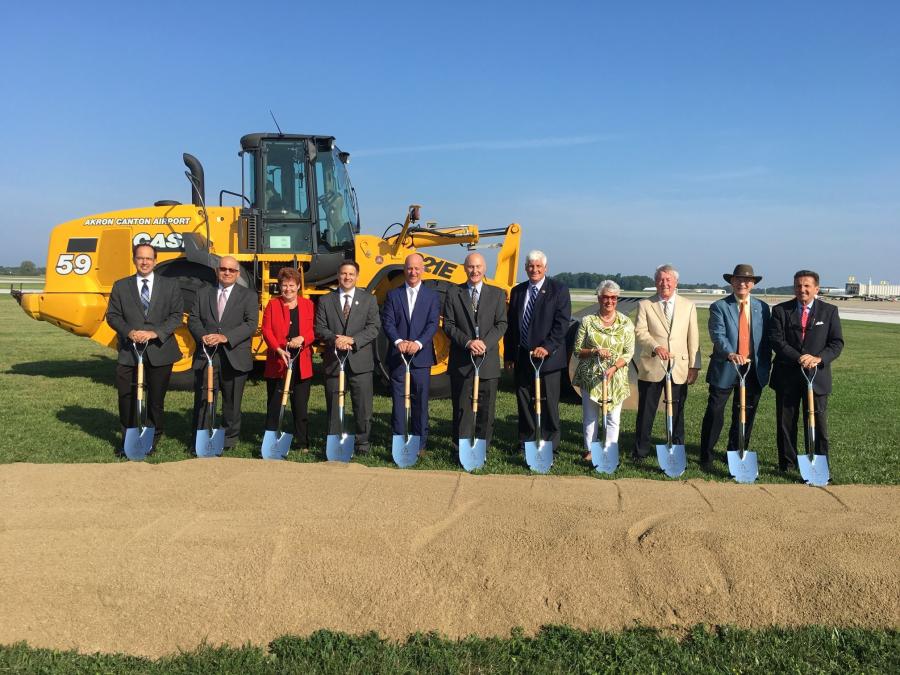 "As we see Northeast Ohio advancing from an economic and tourism standpoint, we need to be ready," said Rick McQueen, president and CEO of Akron-Canton Airport. "We intend for the facility to be a warm and welcoming first impression for travelers, just like the region. We also know that projects of this scale take a long time to get off the ground, so despite some air service challenges, this is the right time to move forward with construction."

The current gates for American Airlines and Delta Air Lines originally opened in 1962, and although the airport has worked diligently throughout the years to maintain and improve the gates as they stand, they were not designed for today's modern aircraft.

"While we have done a nice job maintaining these older gates, we realize they are too congested and lack amenities our customers prefer," said McQueen. "Not only will this help meet our standards for customer service and experience, it also aligns with those of our airline partners. The space has served our community well, but our customers deserve better."

"Phases of this project have been orchestrated to minimize customer impact," said McQueen. "Most customers won't realize construction is occurring until they're taxiing away, as it will be done off the south end of the existing gates. We strive to make CAK a better way to go, even during these times of construction."

Bright, open spaces with ample seating and abundant power outlets will be the first modifications customers will see. New food and beverage options will include a new sit-down restaurant and large bar within the gate area, in addition to grab-and-go choices like Cinnabon and Arby's.

Favorite conveniences like the free business lounge, mother's room and Kids PlayPort will find new homes in the expanded concourse along with new features, like a pet relief area. The much-anticipated terminal makeover also includes jet bridges on every gate, so no passenger will have to make the quick dash from tarmac to aircraft in the event of inclement weather.

"Without the guidance and full support of our board of trustees, this would not have taken off. Their vision has kept us focused on what's important for the customer and the community," said McQueen. "We are all ecstatic for the future of CAK, and know we are departing on the correct path."

The new gates are projected to open for customer enjoyment by late fall of 2019 or spring of 2020, contingent upon weather.