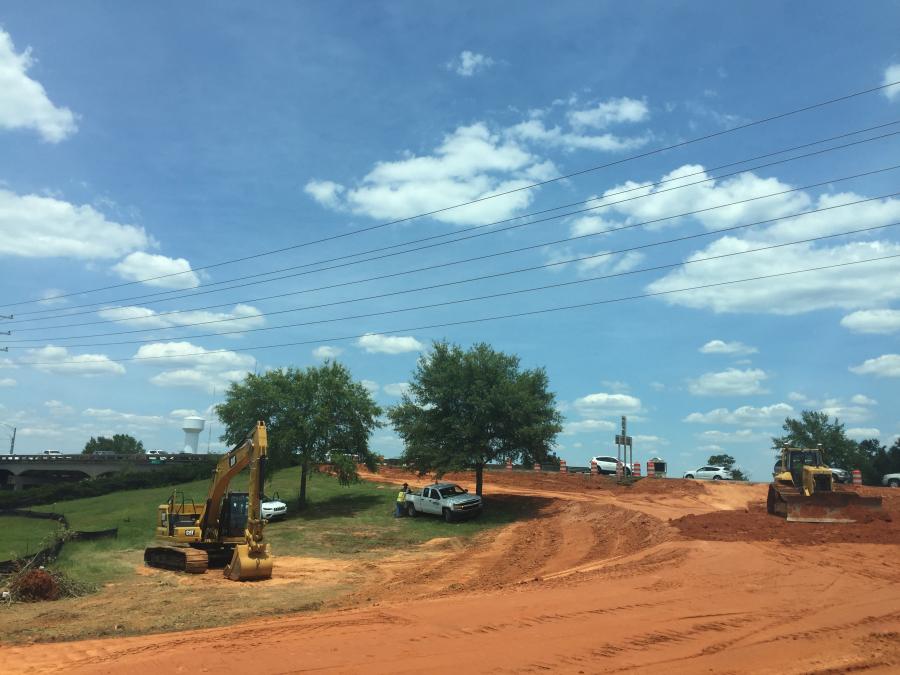 DDIs are particularly effective at locations, like the one in Alabama, that have:

According to the Alabama Department of Transportation (ALDOT), "DDIs improve safety by reducing vehicle-to-vehicle conflict points from 26 — as in a conventional diamond interchange — to 14 points. Improving the traffic flow on SR-181, specifically near the I-10 interchange, will reduce the number of vehicle crashes. The improved traffic with fewer conflict points is proven to reduce accidents and increase the safety of our motorists.

"Data on existing DDIs indicates a 60 percent reduction of collisions over conventional interchanges. Crashes that may occur are generally of lower severity than crashes observed in conventional interchanges. They also provide better sight distance at turns. Since the DDI eliminates cross-traffic turns, drivers have better visibility as they merge on and off the highway." 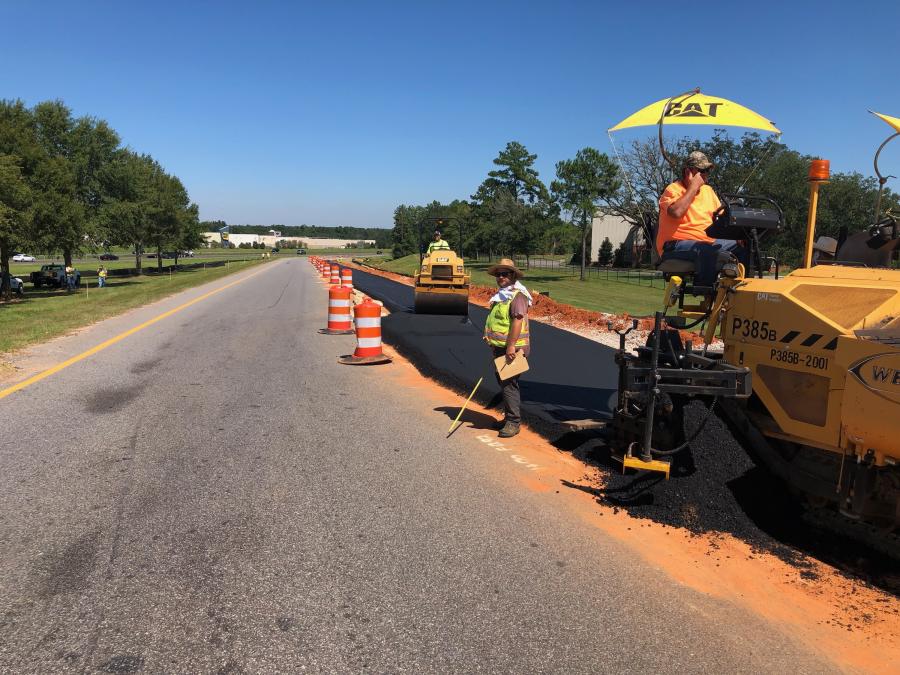 At first glance the design looks complex, but proponents say it's a relatively simple way to cross a busy interchange. Diverging diamonds, sometimes called "double cross diamond," require drivers to cross to the left (or the opposite) side of the road through a designed crossover section. Drivers then travel a limited distance before crossing back to the traditional side of the road.

What keeps motorists from driving on the wrong side of the road? Traffic signals, pavement markings/stripe and concrete median barrier rail serve as physical and visual barriers between opposing lanes of traffic. Those opposing lanes cross over at traffic signals at the ends of the interchange.

Construction is well under way, with crews working on paving and widening I-10 eastbound and westbound ramps from Route 181. Upgrading the interchange will not be easy.

"Due to the proximity of the interchange to several large businesses and shopping centers, we don't have the luxury of closing it for days on end to perform the necessary work items that can't be done under live traffic," said Sam Fountain, ALDOT's southwest region construction engineer. "This is a unique design for a heavily populated and traveled area. We continue to educate the public on how to navigate the interchange via our social media, webpage and navigation tutorial video, and work to address their questions or concerns but overall expect a successful traffic shift into the new configuration."

In December, crews began a bridge rail retrofit on the north and southbound I-10 overpasses on SR-181. This project consists of crews installing a new barrier wall and rail alongside the existing infrastructure. The project was halted over the Christmas and New Year's Day holiday and resumed Jan. 7. Crews have continued to install storm drains along US-90 as well as placed borrow at the widened portion of the I-10 westbound on-ramp from SR-181. 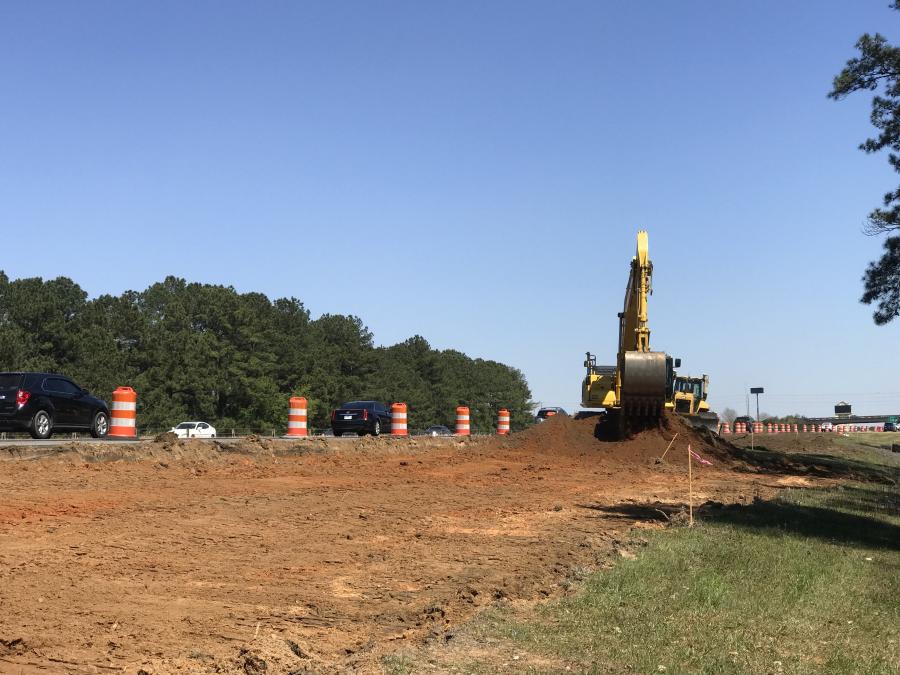 Now that the holiday season is over, a full-on public relations blitz is under way about an interchange most drivers have likely never experienced. It's also created confusion among motorists where it's been introduced, explained Katelyn Turner, spokesperson of the Alabama Department of Transportation.

In spite of the confusion, motorists are doing their best to go with the flow.

"Traffic-wise, it's been a little rough but it eases on, the day goes by a little quicker every now and then but if you get in those traffic jams … it will hurt you," said driver Logan Clark.

A rough cut, so far, of a diverging diamond interchange, "is taking a little bit of a toll because it is a little bit of chaos and people like to avoid chaos," explained business owner Kevin Spriggs.

To help, the ALDOT has produced a video that shows in detail the flow of traffic to get motorists safely where they want to go. "The diverging diamond concept should cut the traffic light cycles in half, which will definitely improve the movement of traffic," Spriggs reported.

It may look confusing but it's expected to be the perfect solution to a growing problem. "We have to have help with the traffic," said local Jill Baker. "Especially with more people coming this way. So, I'm all for it."

Clark agrees, "They say it's going to be better for everybody. I hope so. I hope it gets us going a lot quicker. Oh man, it would be a lot better."

The new interchange is projected to handle traffic up to 2038, with an average daily traffic count of 77,943.

A Bit of History

The unconventional interchange has been embraced by the Federal Highway Administration as transportation officials seek designs that promote safety while decreasing congestion and reducing construction costs. 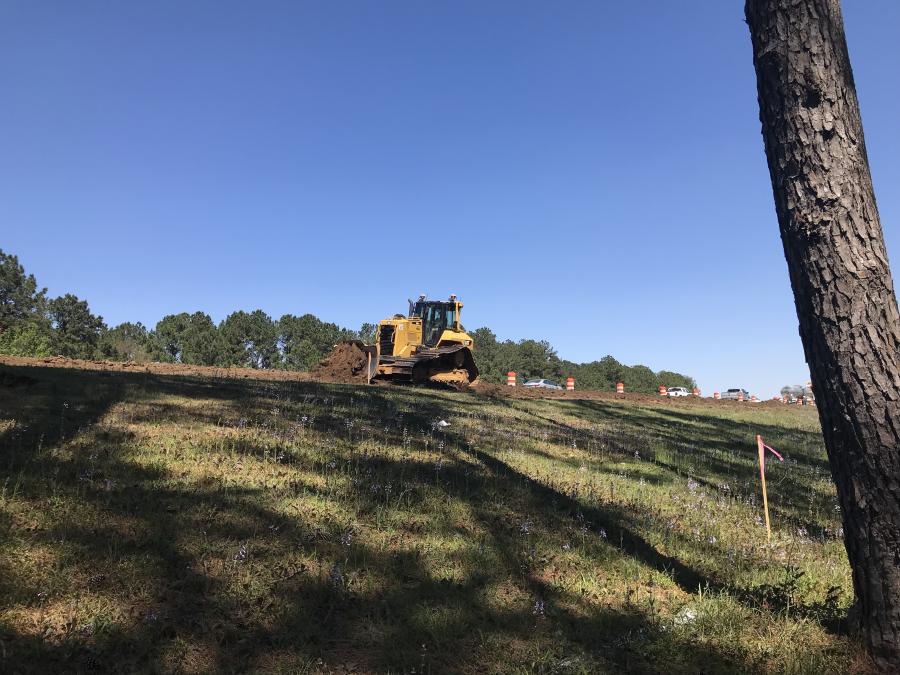 Diverging diamond interchanges are a French import to the United States, with its first usage occurring just outside of Paris in the 1970s.

The concept was born in the United States through a term paper written in 2000 by University of Maryland graduate student Gilbert Chleicki. The nation's first diverging diamond interchange opened in Springfield, Mo., in 2009. The design saved Missouri officials $13 million on what would have been a conventional interchange without the diamond shape structure.

"We were the first in the state of Alabama to design a Diverging Diamond Interchange, which is a challenge when starting from scratch," said Sean Frank, a member of the design team. "We started with an aerial photograph and a conceptual overlay. Then after researching other states' designs, consulting various design resources and manuals, we were able to come up with a finished design that I think everyone will be happy with. Another challenge the design team faced was retrofitting our design to fit the existing interchange. We did not purchase additional right-of-way for the project, so we had to come up with the perfect combination of crossing angles, radii and lane widths to adapt to the existing I-10/SR-181 interchange while maintaining traffic during construction."

There are 99 diverging diamond interchanges in the U.S., with the most recent opening occurring last August at I-24 and U.S. 60 in Paducah, Ky. CEG