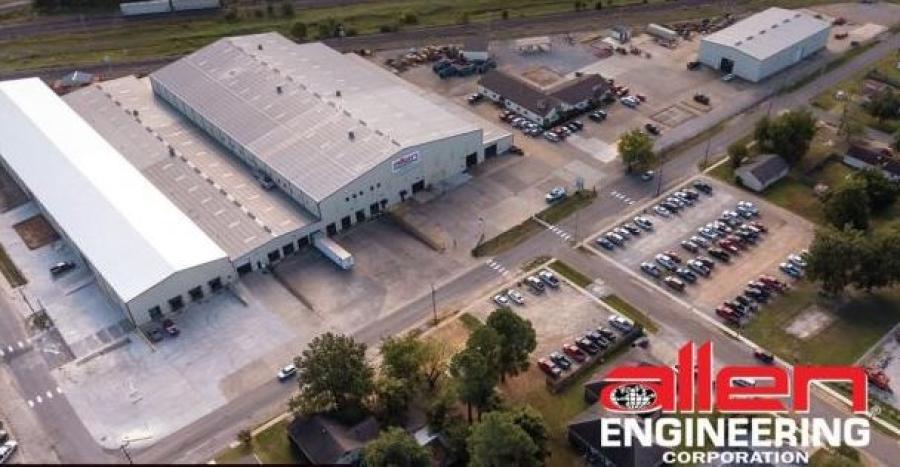 As a business leader, Jay Allen recognizes the importance of putting together well-conceived plans, projections and forecasts to position his company for sustained success over the long term.

But every once in a while, a situation comes along where the best course of action calls for keeping it simple, staying calm and flexible and – at times – making decisions on the fly. The ongoing COVID-19 pandemic has been a unique organizational threat for Allen and his company, AEM member Allen Engineering Corp. And it's one that's required everyone employed at the Paragould, Ark.-based manufacturer of concrete and related equipment to grow accustomed to a new reality – that sometimes important operational decisions need to be made without the benefit of knowing exactly what the future holds.

"I told my employees, ‘Honestly, there's no playbook for this'," said Allen, the company's president. "We don't have a business plan or strategy. We're just going to have to figure it out as we go along."

It's an approach Allen and his company have been taking for nearly two months now, ever since the days and weeks leading up to the company's successful mid-March trade show run at ConExpo-Con/AGG in Las Vegas.

"Going into the show, we had pretty much decided as a team we were going to participate in ConExpo-Con/AGG unless we were forced not to," he explained. "We had spent a lot of money to get ready, and we had a lot invested in the show.

"Well, everyone came. Everyone stayed engaged. But as the week went along, it seemed like the situation was getting more and more serious, and then it eventually became about how we could get everyone home quickly and safely."

Once the show concluded, Allen and his team took immediate actions to ensure the safety and well-being of company employees upon returning home. While no show representatives got sick, those who traveled to Las Vegas ultimately decided to quarantine themselves as a precaution. In the meantime, company leaders began developing plans to shut down operations and work remotely.

It was a chaotic time, as a constant stream of new and relevant information regarding the growing pandemic made it difficult to know exactly what was coming next. Allen and his colleagues felt as if circumstances were changing daily – if not more frequently.

"It was pretty scary, honestly," he said.

While there was no real way for Allen to anticipate when or how the pandemic would continue to evolve with time, he committed himself to remaining as calm as possible in an effort to keep everyone focused, productive and – most importantly – safe.

Allen knew giving in to fear and uncertainty would only lead to more fear and uncertainty. So, he responded by spending a considerable amount of time reflecting what mattered most to him. He prayed regularly, and he enlisted the help of family members, close friends and valued colleagues to provide much-needed guidance and support.

Allen also recognized the key to moving forward as a company was organizational stability. As a result, he and his colleagues promptly held a company-wide meeting in the days following ConExpo-Con/AGG to help Allen Engineering confront the crisis at hand.

Doing so helped the situation immensely. Why?

According to Allen, it set the tone for the company's approach to the pandemic and provided a clear direction for how it would operate in the short term.

Extraordinarily challenging times often require "outside the box" thinking and creative approaches to solving problems. Allen and his colleagues have readily embraced that fact as of late, and it has led to the belief that they can emerge from the COVID-19 pandemic with the ability to provide greater value to their customers than ever before.

"I think in many ways the situation for us had gotten stale, and now it's fluid and dynamic," said Allen. "I've really engaged our leadership, and they have engaged their respective teams they manage and lead. We've got a lot of cool ideas and new approaches to things that I'm not sure we would've gotten had we not gone through this [crisis]. In that way, I think it's been really healthy for us as an organization."

From reviewing old product catalogs and marketing materials to reconsidering previously discontinued product offerings, the company is leaving no stone unturned. That's because, according to Allen, there's no time better than right now to ask the question, "What if…?"

Allen and his colleagues also have taken steps to address logistical challenges associated with the COVID-19 pandemic. Company officials worked with AEM to help secure the designation of "essential business." They worked to promote social distancing. They made a concerted effort to limit group sizes, and they ensured employees embraced rigorous cleaning and disinfecting practices.

However, their work hasn't stopped there. Allen Engineering officials increased the frequency of leadership meetings and fostered a higher level of communication with both employees and customers.

"That's been the most important thing, just trying to stay connected," said Allen.

All things considered, Allen said, the company has been fortunate to have experienced minimal disruption to its operations so far during the crisis. Because Allen Engineering is headquartered in Arkansas – a state currently not under a shelter-in-place or stay-at-home order – the company has been afforded a bit more normalcy and stability than the vast majority of its equipment manufacturing industry peers have experienced in recent weeks. Ultimately, however, it's been flexible and understanding employees who have helped Allen and his company navigate their way through the COVID-19 pandemic so far.

"The general consensus among [our employees] is that they understand what's going on, and they respect what the company needs to do to get through this," he said.

Getting through the COVID-19 crisis, said Allen, will require a commitment on the part of company leaders to spend wisely, limit expenses, do what it takes to ensure a steady stream of revenue and – most importantly – staying up and running.

"Everything else, at least right now, is just not that important," he added.