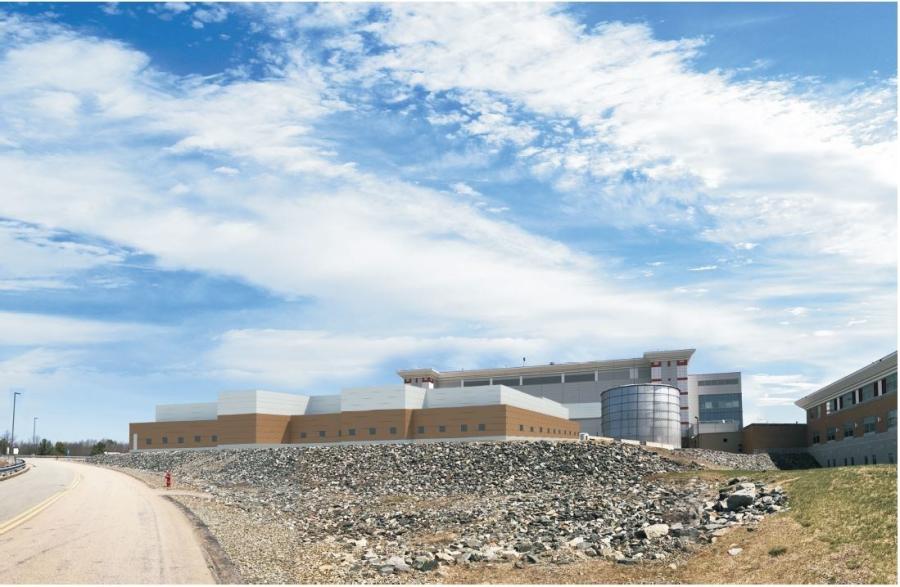 Amgen expects to invest up to $200 million in the approximately 120,000 sq. ft. next-generation manufacturing plant in Rhode Island.

“Biologics manufacturing is a complex science and has long been a competitive advantage for Amgen,” said Robert A. Bradway, chairman and chief executive officer of Amgen. “We are working to extend that advantage even further with a next-generation biomanufacturing plant in Rhode Island that will produce medicines to serve patients around the world suffering from serious illnesses.”

Within the plant, the equipment is portable, smaller and some components are disposable, which provides greater flexibility and speed when manufacturing different medicines simultaneously. This eliminates costly and complex retrofitting inherent in standard facilities and allows Amgen to respond to changing demands for its medicines with increased agility, ultimately impacting the speed at which a medicine is available for patients.

“We are thrilled that Amgen has selected Rhode Island as the location for this plant that will be the first-of-its-kind in the United States,” said Gov. Gina M. Raimondo. “This is more proof that Rhode Island is now successfully competing for economic development opportunities with global companies thanks to our highly-skilled workforce, robust academic institutions and exceptional quality of life. Rhode Island is proud to support Amgen in its commitment to developing innovative medicines.”

“Since its inception in 2002, Amgen Rhode Island has evolved to a multi-product manufacturing facility, which is a testament to our focus on innovation, technology and great staff,” said Tia Bush, vice president of Operations of Amgen Rhode Island. “Constructing this next-generation plant in Rhode Island further enhances our manufacturing capabilities within Amgen's global operations network to deliver on our mission to serve patients.”

The existing Amgen Rhode Island plant was licensed by the U.S. Food and Drug Administration in September 2005 and houses one of the world's largest mammalian protein manufacturing facilities. The facility manufactures commercial and clinical bulk drug substance. Amgen has invested more than $1.5 billion in its Rhode Island campus, adding more than 500,000 sq. ft. of manufacturing, utility, administrative and laboratory space to the campus. There are approximately 625 full-time staff members employed at the Amgen Rhode Island campus.

Amgen Rhode Island has been awarded by the Providence Business News as one of Rhode Island's Best Places to Work more than eleven times since 2007.

Since 2004, the Amgen Foundation has committed over $4.8 million to support science education and community programs in Rhode Island.