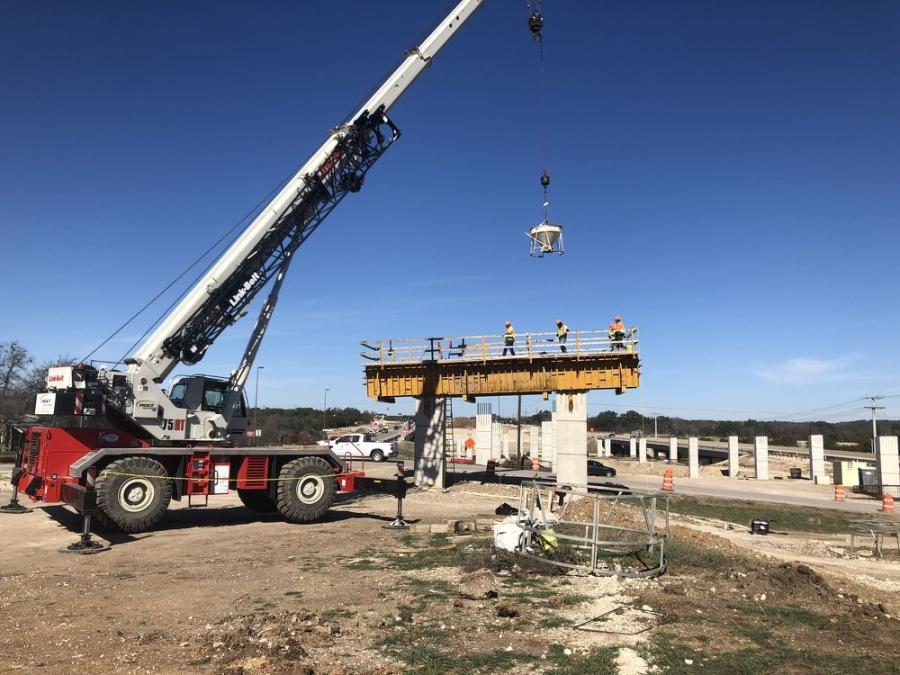 This project will be one of the first in the Central Texas area to use the innovative Next Generation Concrete Surface (NGCS) technique.

GHC was designated as the Apparent Best-Value Proposer to design and construct the project and was awarded the contract on Feb. 8, 2021.

The Mobility Authority, an independent government agency created in 2002 to improve the transportation system in Central Texas, developed the 183 North Mobility Project in partnership with a number of other agencies including the Texas Department of Transportation (TxDOT), Williamson and Travis counties, the city of Austin and Capital Metro, the region's transit agency.

The project includes construction of two express lanes in each direction and the completion of a general-purpose lane to bring the number of non-tolled lanes to four in each direction. Express lane direct connectors will be constructed to the MoPac Express Lane to the south. It also deals with operational improvements to southbound MoPac, new shared use path connections, new sidewalks and cross-street connections for bicycles/pedestrians.

"Construction along this nine-mile stretch of U.S. 183 is expected to last just over four years, with completion targeted in 2026," said Mike Sexton, acting director of engineering of the Mobility Authority, who noted traffic congestion along the corridor as being a major issue, particularly during peak rush hour periods. "The construction will take place in phases and comes to the corridor at a crucial time of expansive regional growth. The corridor provides access to downtown Austin, as well as businesses, major employment centers, religious institutions, schools, parks and trails, recreational centers and residential areas, all of which could benefit from improved mobility, a reduction in congestion and reliable travel times for transit and emergency responders." 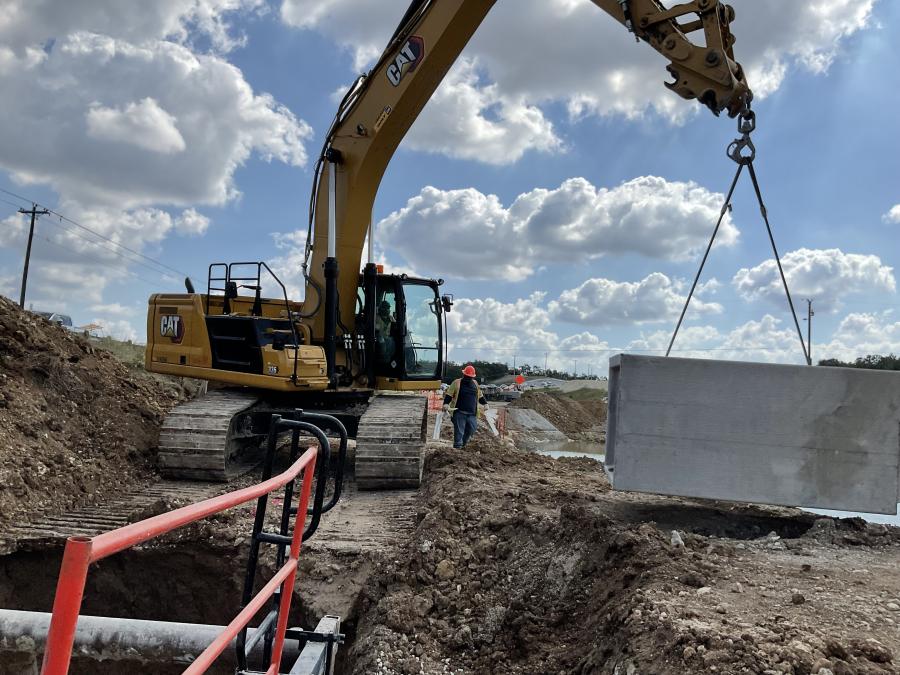 "In addition to providing commuters a vital express lane alternative for when they need it most by building two tolled express lanes in each direction, the project aims to improve mobility in the general-purpose lanes by adding a fourth general-purpose lane both north and southbound, in areas where currently there are only three lanes," he said, adding that additional lanes will be built for exit and entrance (merge) lanes, and that the project will provide direct access from the southbound 183 Express Lanes to southbound Loop 1 (MoPac) and from the northbound MoPac Express Lanes to northbound 183 Express Lanes. "This means that traffic movement in the express lanes between MoPac and U.S. 183 will be uninterrupted, reducing possible traffic impacts and delays.

Additionally, operational improvements along MoPac will occur with a collector-distributor road from the direct connectors to the southbound MoPac frontage road until Far West Boulevard.

According to Pluenneke, as a part of highway updates, the project will install high mast lighting fixtures along the stretch of the corridor.

"This will significantly increase visibility to commuters and help to ensure that safety is maintained on the highway during nighttime or low-visibility events such as bad weather," he said.

This project will be one of the first in the Central Texas area to use the innovative Next Generation Concrete Surface (NGCS) technique.

"NGCS is a long-lasting, economical, noise-mitigating surface developed for concrete pavement that uses a combination of diamond grinding and grooving on the concrete surface designed to provide a consistent profile absent of upward texture," said Pluenneke. "Since the NGCS is a ‘manufactured' surface, it is more consistent and predictable than most traditional concrete surfaces."

With the 183 North Mobility Project, Sexton stressed that the Mobility Authority is extending its long-term commitment to building innovative multimodal transportation solutions for Central Texans. Off the roadway, approximately 11 mi. of newly American Disabilities Act-compliant sidewalks will be added or reconstructed. Additionally, cross-street connections for bicycles and pedestrians will be constructed, adding approximately 1.5 miles of new bike lanes along the major streets crossing U.S. 183 and adding approximately one half-mile of new shared use path.

Other improvements include a high-tech traffic monitoring system for improved traffic management and emergency response that is being installed, and there will be upgrades to the visual appearance of the corridor through aesthetic enhancements and landscaping improvements.

Because the 183 North Mobility Project is located over the Edwards Aquifer Recharge Zone and within Flash Flood Alley, the most at-risk area for flooding in the U.S., the project includes a comprehensive water quality protection plan, as well as extensive flood mitigation strategies.

The Mobility Authority will develop and improve detention ponds, dry pond features that slow water runoff, to reduce overall drainage in any at-risk areas in the corridor impacted by floods, as well as allow Total Suspended Solids (TSS) and other pollutants to settle out of stormwater prior to entering local streams and waterways.

It is continuing its commitment to environmental protection by careful stewardship over water quality during and after construction. Proposed improvements to these ponds will allow for the removal of the vast majority (80 to 85 percent) of TSS in the water and upgrade most ponds so that they can be easily maintained from the surface, according to the agency. Water quality protection measures are being designed to meet all federal requirements for protection of endangered species, including effects to endangered species that are aquifer dependent, such as the Jollyville Plateau salamander, as well as endangered karst-dependent species that may occur near the project area.

The project is taking place in a heavily trafficked and highly commercial corridor. Great care is being taken to mitigate negative construction impacts.

"We will minimize noise from construction activities, the project team will follow a set of guidelines designed to preserve quality of life for adjacent neighborhoods," said Pluenneke. "We have a dedicated manager in charge of all noise mitigation efforts. The Mobility Authority and the entire project team are committed to being a good neighbor to residents along the 183 North corridor. While constructing a project of this size will include some temporary lane closures, we want to minimize the inconvenience as much as possible. 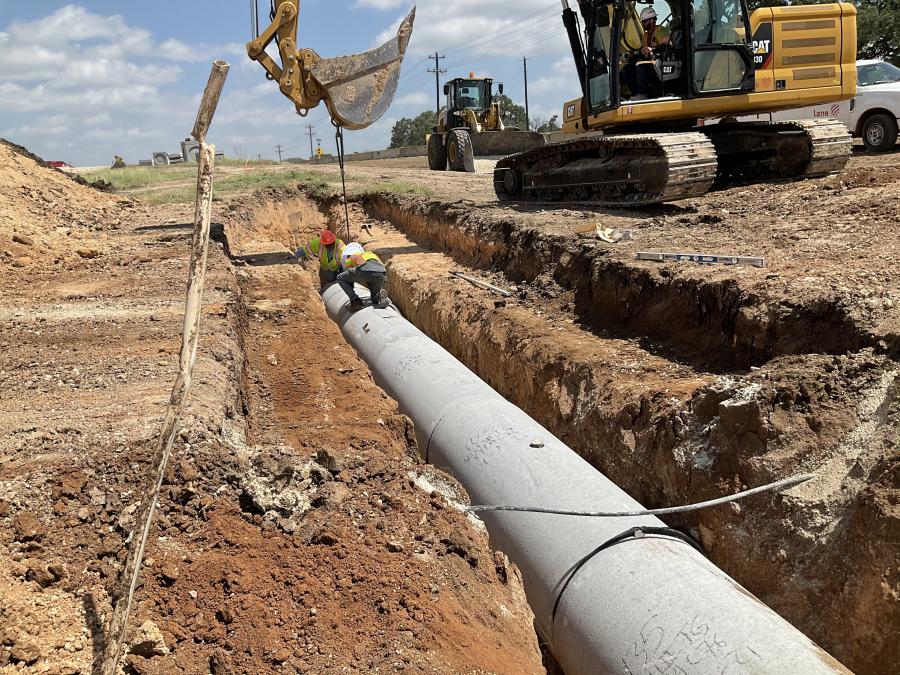 "To finish the project on schedule, construction may occur 24-hours-a-day, seven-days-a-week," Sexton added. "However, in interest of the public and maximizing mobility during construction, the contractor will face financial penalties imposed by the Mobility Authority if a lane closure occurs outside of approved time frames."

Pluenneke pointed out that much of the traffic impacting activities will be scheduled from Friday night to Sunday night.

"In most cases, daytime work will be focused on construction activities outside the immediate roadway," he said. "While it is our goal to limit lane reductions as much as possible, frontage road lane reductions may occur for an extended period of time for crews to construct the sidewalks, shared use paths, and ADA-compliant access across the existing driveways. Safety is our priority, and incident response will be addressed expeditiously, with assistance from public safety officials as needed. During temporary closures that are anticipated to have a significant impact or cause extended travel time delays, law enforcement officers will be present."

Because this is a design-build project, much of the work to-date has been centered on design. Earthwork for the express lanes and driveway and sidewalk reconstruction will likely start this summer and continue into 2023.

Currently, due to congestion, Capital Metro's Express Bus route frequencies are significantly reduced during peak periods as compared to off-peak periods, and even more urgent, it inhibits the travel of emergency responders.

"Traffic congestion creates delays for emergency response vehicles and their patients who depend on quick access to and from Seton Northwest Hospital, Concentra Urgent Care and many other health care facilities located along the corridor," said Sexton. "As Austin continues to grow, congestion will get worse, and travel times will increase if we do nothing."

Constructed in 1996 as a four-to-six lane divided highway, the section of U.S. 183 between SH 45 North and MoPac attracts up to 190,000 cars and trucks per day and is the 69th most congested roadway in Texas. Census data from 1990-2010 details that populations in communities along this corridor grew between 70 percent in Austin to 848 percent in the city of Cedar Park between 1990 and 2010. As residential, retail and commercial growth continues in the communities of Cedar Park, Leander and Liberty Hill north of the corridor, it is anticipated that congestion will worsen, and mobility will be further reduced, according to the Mobility Authority.

Upon completion, on average, drivers and transit users in the express lanes can expect a reliable nine-minute commute during morning and afternoon peak periods in 2035, stated the project web page. Drivers using the general-purpose lanes can expect their morning commute to be 24 minutes faster and afternoon commutes to be 16 minutes faster than their commutes would be if no improvements are constructed.

"[The Mobility Authority] is a part of this community, and we have a responsibility to make sure that we have a solid foundation upon which to thrive," said James Bass, executive director of the Mobility Authority. "We are excited to embark on the 183 North Mobility Project to further our mission and bring improvements to northwest Austin, on and off the roadway."

In January 2019, the Texas Transportation Commission approved $104.2 million in federal funding for the non-tolled portion of the roadway. The remainder of the project is being financed by the Mobility Authority using available and flexible funding mechanisms such as the sale of toll revenue bonds and Transportation Infrastructure Finance and Innovation Act (TIFIA) funds.

For more information on the 183 North Mobility Project, visit www.183North.com.