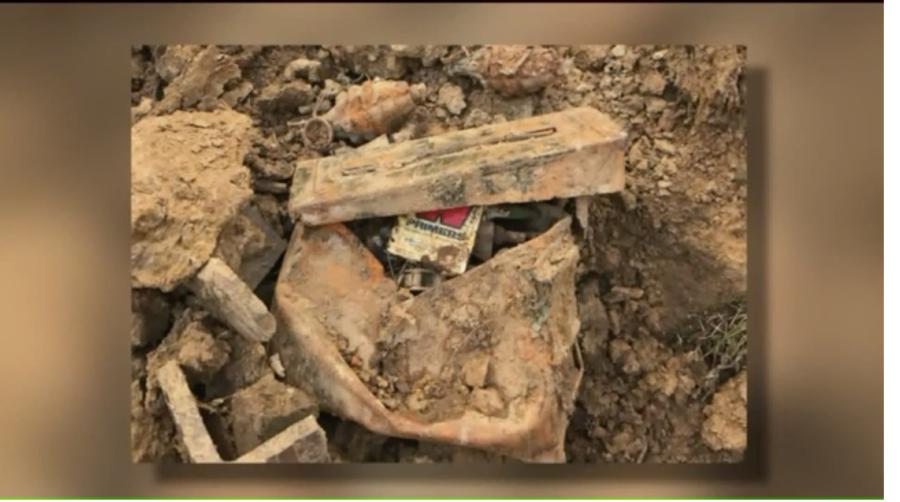 According to police, the worker's shovel hit something hard, which turned out to be a metal ammunition box with the grenades inside, wrapped in a trash bag.


Construction workers unearthed a box of hand grenades while digging a trench in Ballwin, Mo., Sept. 5.

After the discovery, the St. Louis County Bomb Squad was called to check three grenades that a worker found approximately 2 ft. deep into a water drainage ditch, Fox2Now reported. According to police, the worker's shovel hit something hard, which turned out to be a metal ammunition box with the grenades inside, wrapped in a trash bag.

As the bomb squad used a robot to pick up the grenades, two businesses and eight apartments in the area were evacuated for approximately two hours, Fox2Now reported.

"Around 10 o'clock, I was woken up by a police sergeant at my door and he asked me to come outside and told me there was possibly World War II equipment behind my house and they needed to bring the bomb squad out and evacuate the building as precautionary measure," said resident Nick Sappington. "It's definitely an interesting topic to think about how long the grenades have been there, maybe 50 to 60 years; the box looked pretty old itself.”

Police are still trying to find out where the grenades came from, how they ended up buried in the area and exactly how old they really are, Fox2Now reported.

Earlier this summer, another WWII-era hand grenade was found in a construction area northeast of Flagstaff, Ariz.