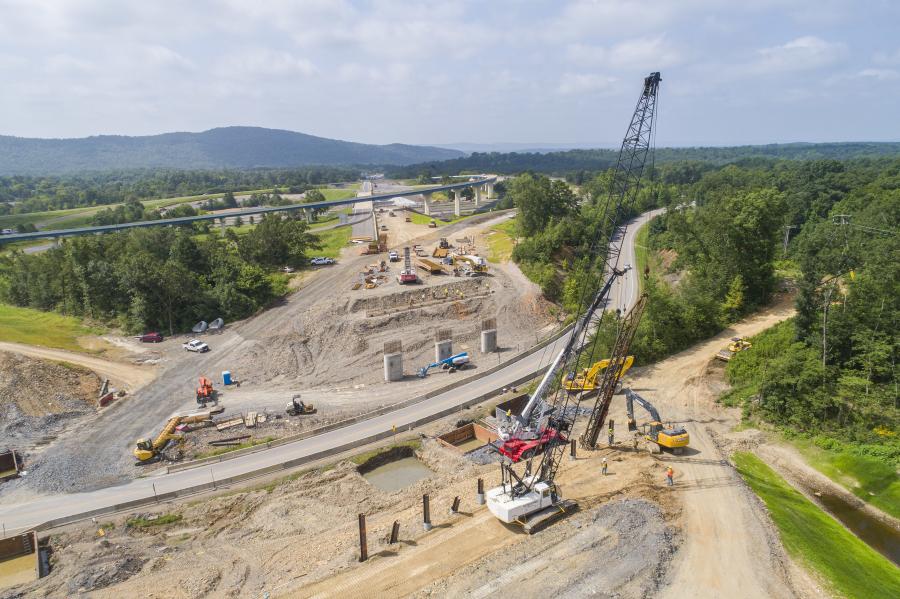 When completed, the King Expressway will make travel easier and safer between Hot Springs and Hot Springs Village, Jessieville and other points east and north of Hot Springs.

The Arkansas Department of Transportation (ARDOT) has secured all 62 right of way pieces needed to extend the King Expressway bypass from the U.S. Highway 70 East interchange to the junction of Arkansas Highways 5&7 North.

The 5.8-mi. bypass extension, which will include five bridges, will be a two-lane route that also will have controlled access with entrance and exit ramps.

The contractor plans to complete the $75 million project in 890 days, or almost 2½ years.

The Connecting Arkansas Program (CAP) is paying for the state's share. Underwritten by the 0.50 percent state sales tax voters approved in 2012, CAP is projected to have supported $1.8 billion in highway construction when the sales tax expires at the end 2022. A legislatively referred constitutional amendment to make the tax permanent will be on the ballot in this November's general election.

Ort said the summer of 2022 is the estimated completion date for the King Expressway extension, which will include access ramps at Mill Creek Road.

In a separate part of the bypass extension, work is planned on the north end of the extension that will tie into AR Highways 5&7 North at a roundabout, which is part of the project to widen 4.17 mi. of Hot Springs' Park Avenue from the roundabout to Gorge Road.

Ort said 82 of the 111 right of way pieces for that enterprise have been secured, with bids expected to be put out in September.

Other work planned as part of the roadwork on the perimeter of Hot Springs include:

When completed, the King Expressway will make travel easier and safer between Hot Springs and Hot Springs Village, Jessieville and other points east and north of Hot Springs. That traffic currently must move along a congested stretch of AR Highway 7 that turns into Park Avenue.

"Even though it's going to be two lanes, it will be at higher speed than if you go on Park Avenue and Highway 7," Hot Springs Mayor Pat McCabe said.

About 14,000 vehicles travel daily on the two-lane AR Highway 7 going into Hot Springs, the same amount of traffic that runs on U.S. 70 between Hot Springs and Interstate 30, according to the latest ARDOT data.

The agency turned to the bypass concept after a study that the Arkansas Highway Commission commissioned eight years ago found that improving AR Highway 7, particularly within the Hot Springs city limits, would be difficult because of the presence of several historic structures and Hot Springs' designation as a national park.