Construction of the pipeline will be halted, so that it can be rerouted. 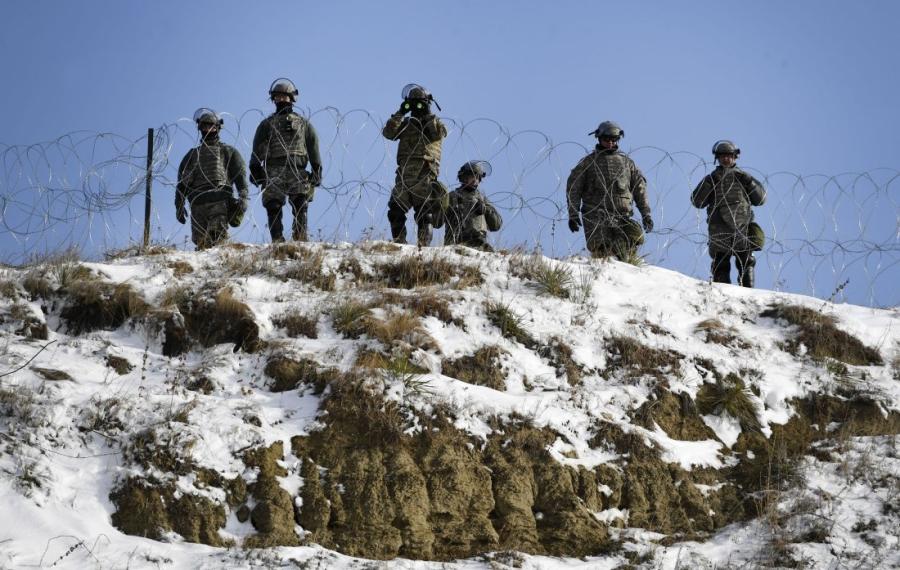 The current Dakota Access pipeline route will be denied, the U.S. Army announced on Sunday, in a victory to the Standing Rock Sioux Tribe and activists against the construction.

Assistant secretary for civil works Jo-Ellen Darcy confirmed the decision on Sunday, and said it was based on a need to “explore alternate routes for the pipeline crossing.” Work on the controversial pipeline will halt so the Army Corps of Engineers can conduct an environmental-impact study to look at possible alternative routes for the 1,170-mile project.

“Although we have had continuing discussion and exchanges of new information with the Standing Rock Sioux and Dakota Access, it's clear that there's more work to do,” Darcy said in a statement. “The best way to complete that work responsibly and expeditiously is to explore alternate routes for the pipeline crossing.”

Thousands of Native American and environmental activists have protested the building of the pipeline for months, saying it violates the rights of the Standing Rock Sioux Tribe, and will add to detrimental climate change. In recent months, protests have escalated in violence as authorities have attacked demonstrators with tear gas, rubber bullets and water hoses.

“We wholeheartedly support the decision of the administration and commend with the utmost gratitude the courage it took on the part of President Obama, the Army Corps., the Department of Justice and the Department of the Interior to take steps to correct the course of history and to do the right thing,” Standing Rock Sioux Tribal Chairman Dave Archambault II said in a statement.

Vermont Senator Bernie Sanders tweeted that he appreciated Obama for listening to the activists.

“In 2016, we should not continue to trample on Native American sovereignty,” he wrote. “And we should not become more dependent on fossil fuels.”

In a statement, Secretary of the Interior Sally Jewell commended the Army for its decision.

“The thoughtful approach established by the Army today ensures that there will be an in-depth evaluation of alternative routes for the pipeline and closer look at potential impacts, as envisioned by NEPA,” she wrote. “The Army's announcement underscores that tribal rights reserved in treaties and federal law, as well as Nation-to-Nation consultation with tribal leaders, are essential components of the analysis to be undertaken in the environmental impact statement going forward.