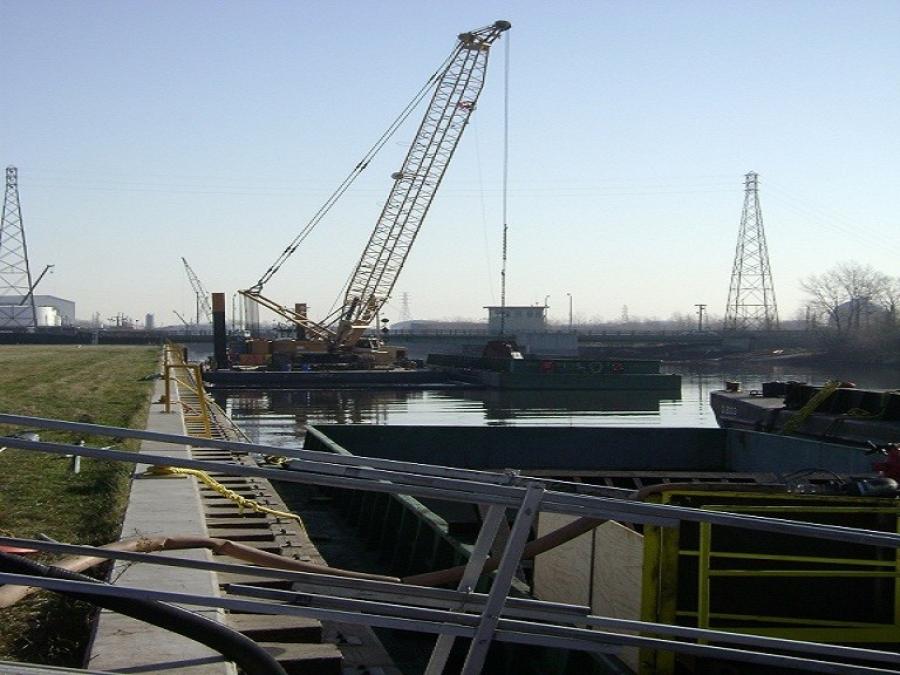 The goal is to clear about 200,000 cu. yds. of toxic material from the Indiana Harbor and Ship Canal. (indianaharbor.evs.anl.gov photo)

EAST CHICAGO, Ind. (AP) The Army Corps of Engineers has resumed dredging toxic sediment from a northwestern Indiana canal that is among the country's most polluted waterways.

At an East Chicago Waterway Management District board meeting Oct. 18, Corps project manager Natalie Mills said the goal is to clear about 200,000 cu. yds. of toxic material from the Indiana Harbor and Ship Canal. She said the contract allows for up to 400,000 cu. yds. to be removed annually, but the amount that'll be removed mainly depends on how much funding is available, The (Northwest Indiana) Times reported .

The Corps is removing the sediment to make the canal more navigable, but some environmentalists think it should dredge deeper for a more permanent fix.

The materials will be moved to a confined disposal facility nearby.

The dredging and the facility is a joint venture between Kokosing Construction Co.'s Durocher Marine and engineering firm O'Brien & Gere.

Dredging first began in the Grand Calumet River in 2012 and has removed more than 1 million cu. yds. of toxic material. The river contains polychlorinated biphenyl and is considered one of the most polluted rivers in the country.

Project officials said real-time air monitors will watch for elevated levels of some contaminants that could be released during the dredging process.

Some East Chicago residents said there should be more robust monitoring, especially since the canal is close to several schools. Griffith resident George Smolka said he was concerned that site workers are in danger of exposure to the toxic material.