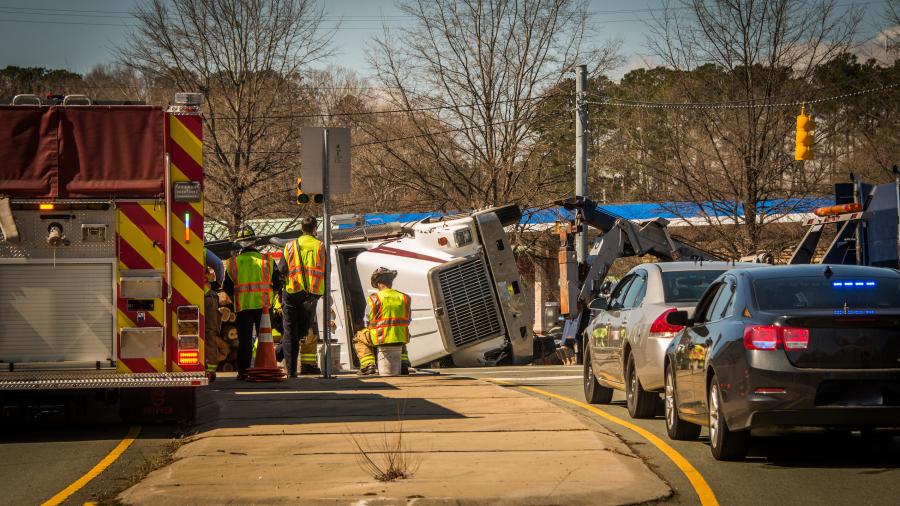 The construction industry has long been concerned about the number of worker deaths caused by motor vehicles, and repeatedly called for increased use of positive protective means to separate workers from traffic.

As highway infrastructure ages, the focus has shifted to rebuilding and improving existing roadways.

This means more roadwork is being performed on roadways that are open to traffic. At the same time, traffic continues to grow and create more congestion, particularly in urban areas, according to an OSHA report on worker safety. 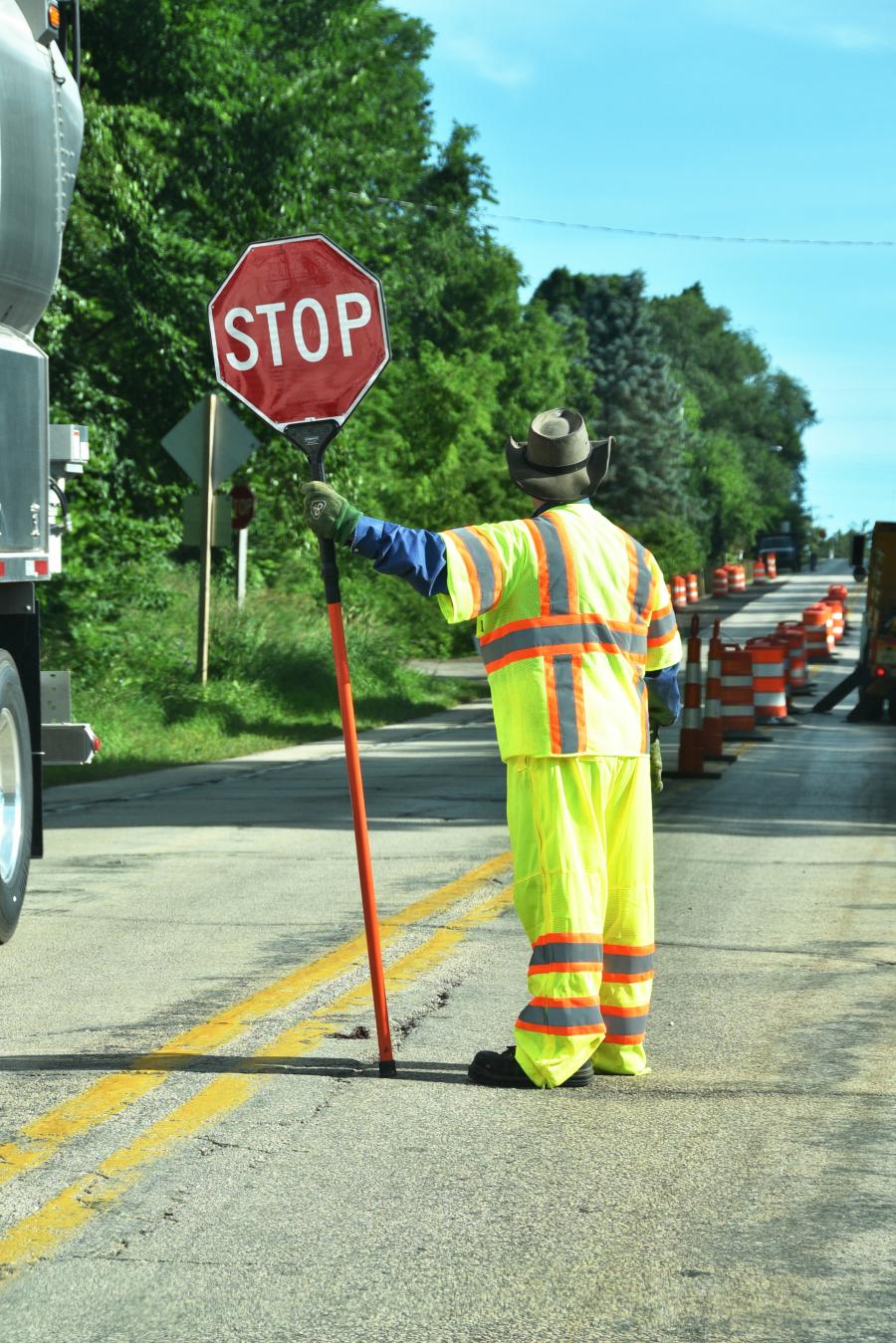 "To avoid major queues during peak travel periods, urban areas are seeing more night work. The combination of more work done alongside increasingly heavier traffic and greater use of night work can result in increased safety considerations for highway workers," the report said.

The American Road & Transportation Builders Association (ARTBA) recognizes that the safety of transportation construction workers is critical during this focus on road reconstruction.

During a July U.S. Department of Transportation Summit on Pedestrian Safety, ARTBA's senior vice president of safety and education, Brad Sant, spoke on the need for policy that protects workers on the ground.

"When policymakers seek to mitigate risks to pedestrians, workers are rarely considered," said Sant. "Currently, USDOT classifies workers laboring on the side of a roadway as ‘pedestrians.' As we work together to stem the rise in pedestrian deaths and injuries, we must include roadway workers in those deliberations."

Sant believes the National Highway Traffic Safety Administration (NHTSA) wrongly classifies roadway vehicle-related death of a person outside a vehicle as a "pedestrian" regardless of their activity or work at the time of the incident.

He said independent reviews of worker death data from the U.S. Department of Labor's Bureau of Labor Statistics (BLS) shows that as many as 200 workers completing tasks on America's roadways are killed each year.

"As a beginning point, the U.S. transportation and labor departments should work together to align their data sets to better understand the risk to these workers," said Sant.

Roadway construction worker fatalities reached a high point in 2005 with 165 fatalities. Between 2005 and 2008 the numbers declined, then rose slightly in 2009, and declined again in 2010.

The primary causes of worker fatalities are runovers/backovers, often by dump trucks. Second is collisions between vehicles or mobile equipment. And third, caught between or struck by construction equipment and objects. 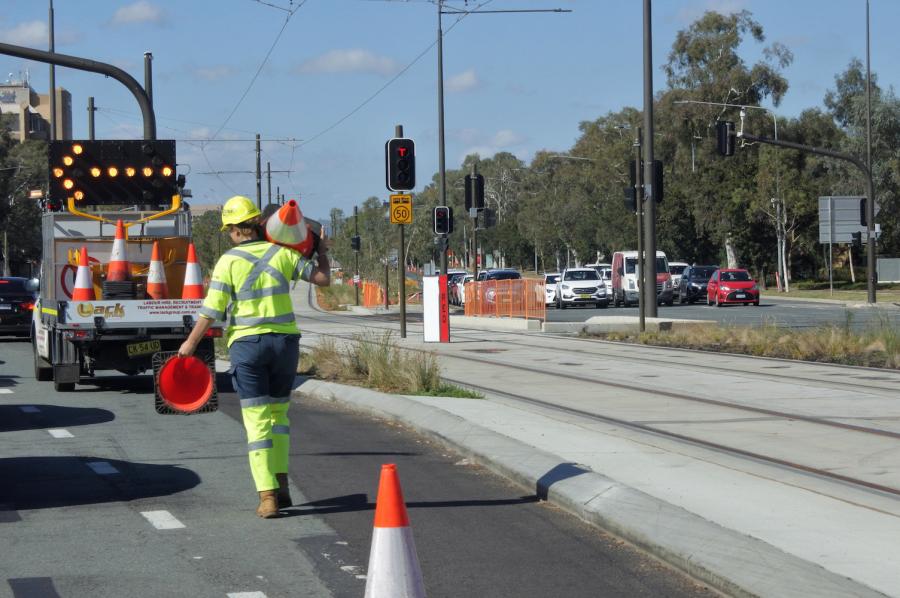 Nearly half of worker fatalities are caused when workers are run over or backed over by vehicles or mobile equipment. More than half of these fatalities were workers struck by construction vehicles.

NHTSA data revealed in 2018 pedestrians accounted for 17 percent of all road deaths, up from 12 percent in 2009. That's reportedly the highest number in 30 years.

But because USDOT and NHTSA do not track worker deaths separately, there is little data to support industry requests to increase protections, ARTBA maintained.

Congressional mandates calling on the FHWA to create new, more protective "positive protection" regulations for workers have not been implemented, according to ARTBA.

The roadway construction industry has had concerns about the number of worker deaths caused by motor vehicles for a long time, and has repeatedly called for an increase in the use of positive protective means to separate workers from traffic.

At the summit, Sant recommended that a formal, annual alignment between the NHTSA database and the BLS data so USDOT better understands the number of "pedestrian workers" killed each year from motor vehicle crashes.

He also recommended the association continue working with state and local enforcement agencies to classify the activity of the pedestrian victim.

The goal is for USDOT to have a clearer understanding of pedestrian activity so it can create focused mitigation strategies that will effectively protect this vulnerable group.

"I believe once the agency sees the numbers of worker deaths, it will be more likely to respond to industry requests for better positive protective measures," said Sant.

"To truly reduce pedestrian fatalities and injuries, we must better understand the nature of the risks and the activity of the pedestrians when they are struck," he concluded.

In August, McGough spoke at an executive safety conference of the AGC of Texas and TxDOT. He said the industry's commitment to worker safety never ends.

"Safety is a process, not an achievement," he said. "We must continuously look critically at what we are doing and seek improvement — even when we think we are doing well."

During a panel session, McGough outlined a number of technologies and approaches being used in the state to increase safety for project workers and motorists.

He believes mobile barrier systems would enable positive protection between workers and motorists, and that more smart work zones, particularly for queue warning systems that give drivers advanced warning of traffic back-ups, are needed.

Of all the traffic control systems and technologies on the market, McGough said speed cameras are a key tool.

"We've seen some good, positive outcomes with speed cameras that are effective at getting motorists to comply with posted speed limits," McGough said.

In an association guidance document, "Managing Speeds in Work Zones," ARTBA has shown that the presence of traffic law enforcement can yield up to a 15 mph decrease in driver speeding.

McGough encouraged Texas to follow the lead of states such as Maryland, Pennsylvania and Illinois that enforce work zone speed limits using cameras.

ARTBA also has launched what it touts as the construction industry's most comprehensive safety training course "to help dramatically reduce the 700 motorist fatalities and nearly 50,000 injuries that occur annually in and around infrastructure improvement project sites."

"This online training has everything one would find in an OSHA-10 Hour class, plus it focuses directly on addressing the unique safety issues specific to transportation projects," Sant said of the course.

"It also offers another path for construction industry professionals to meet the eligibility requirements to sit for the Safety Certification for Transportation Project Professionals exam."

The safety certification program was launched in 2016 to help identify and mitigate potential hazards for workers and motorists commonly found in transportation work zones — skills identified through the exam.

"While the online course does not qualify for an OSHA-10 card, participants will be learning critical information to work safely while also preparing them for the certification test," said Sant. CEG