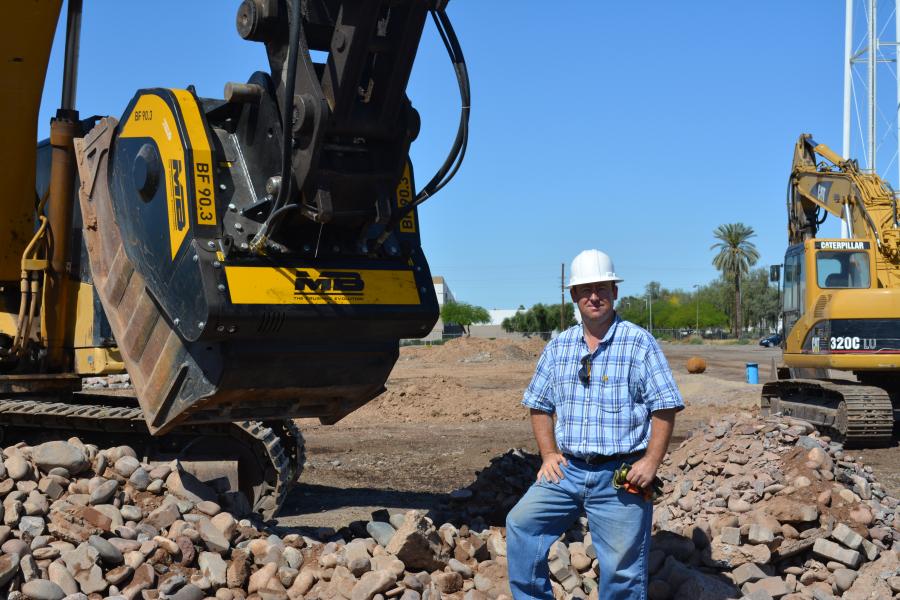 Dominic McNamara, president of AU Equipment, announced that his company has become a dealer for MB America in the state of Arizona. MB manufactures equipment, machinery and accessories for the construction, demolition and recycling industries, including crusher buckets.

In addition, AU has agreed to represent Portafill crushers, screeners, washing and conveying equipment in Arizona, New Mexico and southern Nevada. From its base in Ireland, Portafill manufactures a complete range of mobile screening equipment, which is distributed across the world.

McNamara has more than 15 years of experience in sales of aggregate equipment. In addition to representing the MB America and Portafill lines, his company provides parts and service for all major screening brands sold in the United States. It also is a supplier of used crushing and screening equipment globally.

MB America's crushers are used in construction and excavating, but also in special applications such as quarries, mines and environmental rehabilitations. MB's equipment is used for crushing, screening and separating inert materials directly on site to reuse or allocate it to other uses.

Portafill, founded in 1999, has significantly increased its production capacity with a new plant in Ireland.